The Hermes 3000 typewriter was introduced by Paillard SA (Yverdon, Switzerland) in 1958. The machine was an instant hit and was prized by many writers around the world, including Jack Kerouac and Larry McMurtry, screenwriter for "Brokeback Mountain", who praised his typewriter during his acceptance speech at the Golden Globe Awards in 2006. 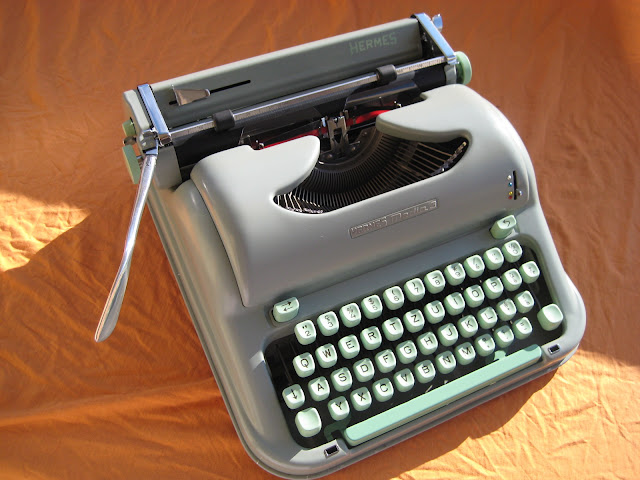 The Hermes 3000 typewriter features a curvy green full-metal shell, with light green plastic keys and platen knobs. The machine is coveted both for its highly pleasing looks as well as for its precise feel. The Hermes Media 3 is exactly the same machine as the 3000, but has been somewhat simplified. An original price listing from a Geneva retailer in 1968 shows that the Media 3 was listed at 100 francs less than the 3000. 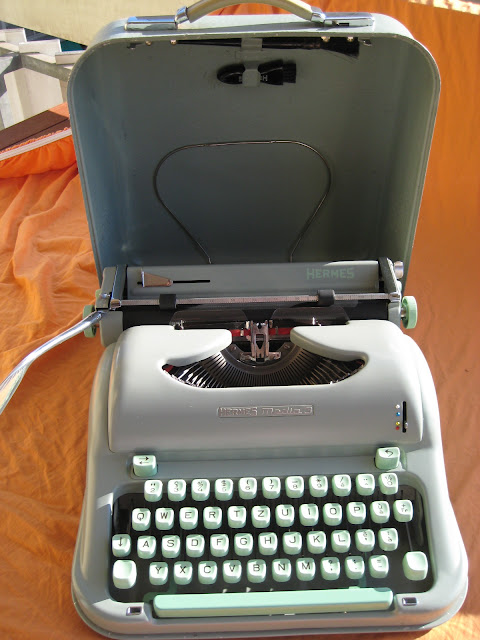 The typing action on this machine is to die for. It is light, precise, and instantly responsive. The typeface is crisp, even, and beautifully rendered. This is a fine piece of Swiss engineering, and it is 100% made in Switzerland. (If, of all the machines I am selling, I could keep just one for myself, this would be THE one.) Included are original cleaning brushes from Hermes. The case has an integrated spring-loaded document holder. 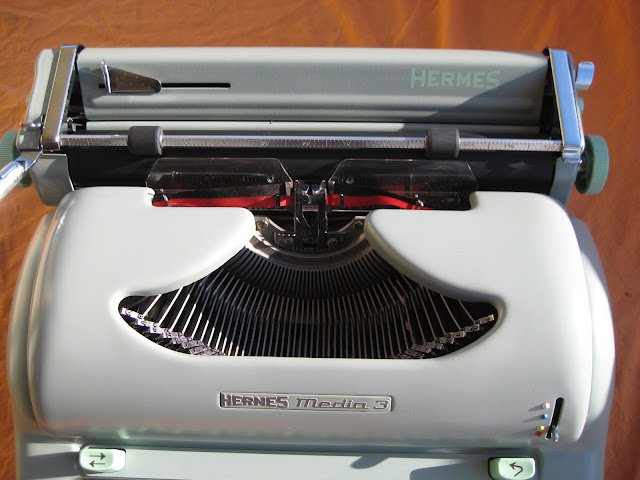 Many subtle touches combine to make this a treasured and ultimately useful piece, including a basket shift mechanism (as compared to carriage shift in the Hermes 2000) that makes it easy to type out capital letters and symbols. The margin mechanism is very advanced and takes some getting used to, but I can show you how and I will provide a copy of the English manual. 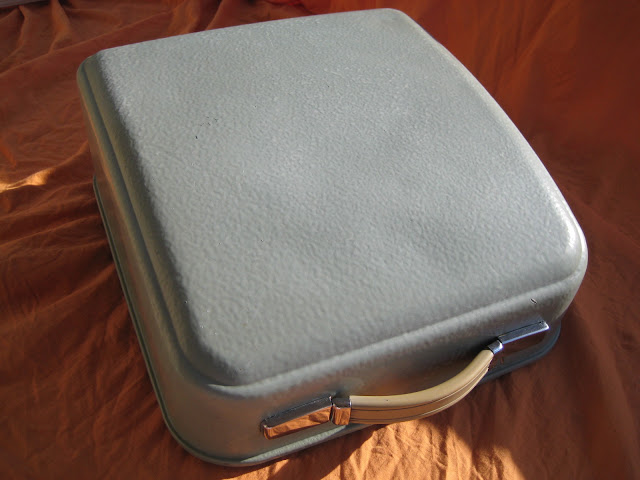 The 3000/ Media 3 is more of a "desktop" portable manual typewriter than a laptop. However, it comes with an integrated clamshell style light green metal carrying case, and can easily be moved around. In any case, the added heft means that it is extremely comfortable to type on for extended periods. 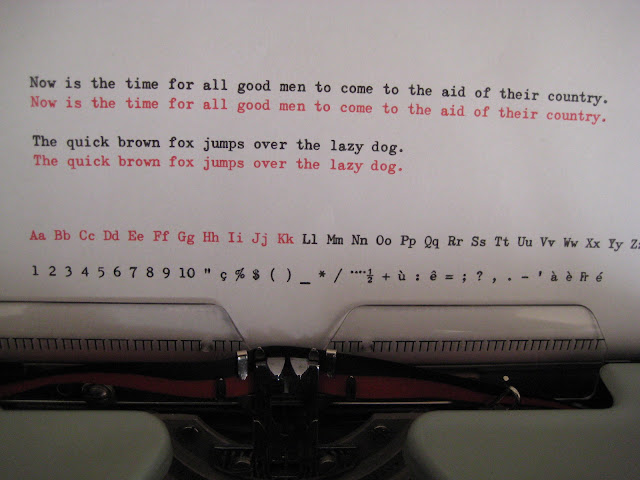 The font on this machine is elite (12 characters per inch). It is smaller, but still well-spaced and very readable. The keyboard has all the accent keys necessary for typing in French or German, and, unusually, it features both a $ symbol as well as a Fr. symbol for Swiss Francs. The Media 3 can take a dual ribbon and type in either black or red. The ribbon has just been replaced and will be good for many years to come. 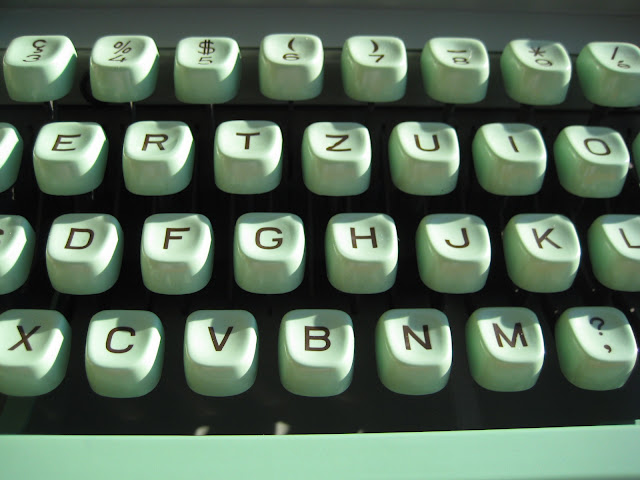 This particular machine is in pristine, immaculate condition, and I would describe it as a time capsule from the 60s! Please contact if interested.

To see more detailed pictures of this beauty and close-ups of the Hermes logos, please read more: 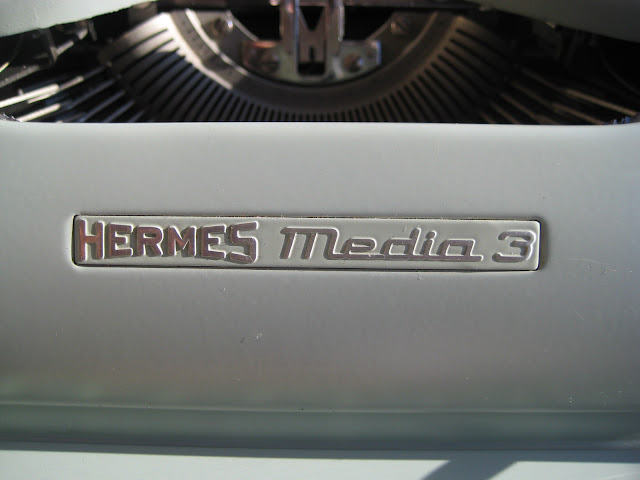 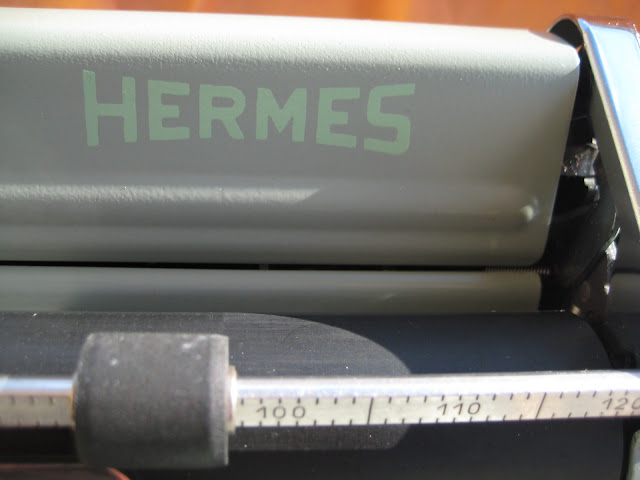 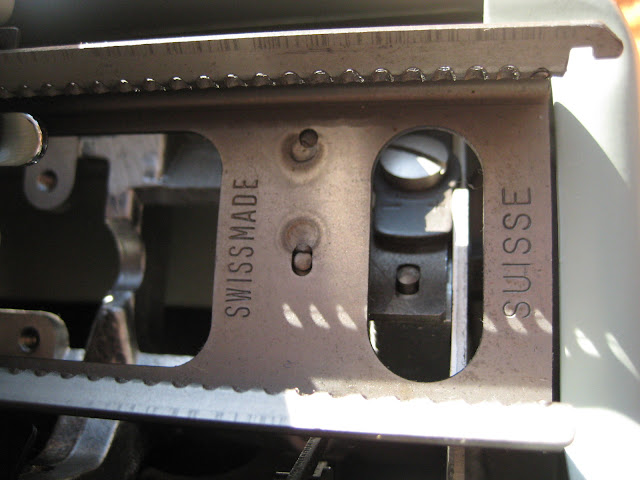 Steel construction, made in Switzerland; 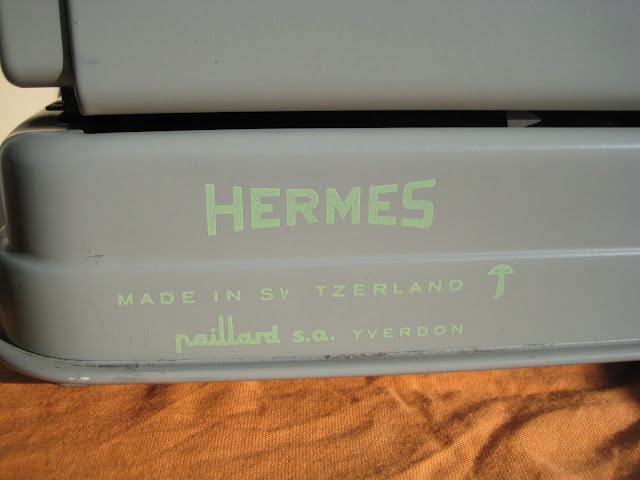 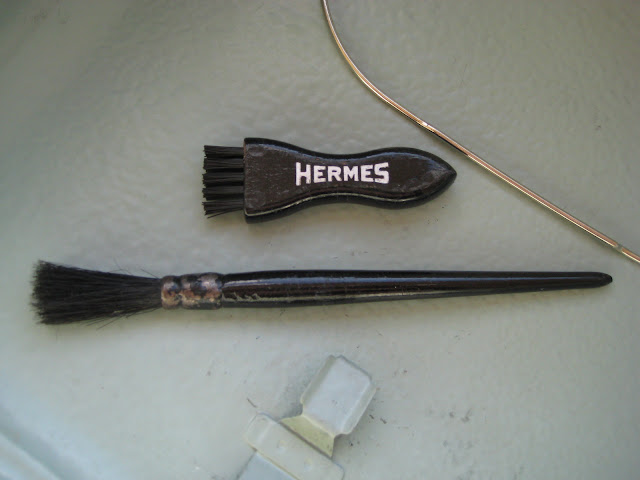 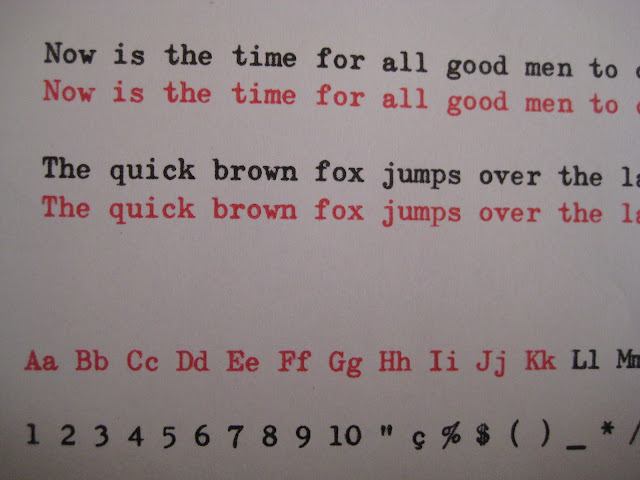 Typeface up close and personal; 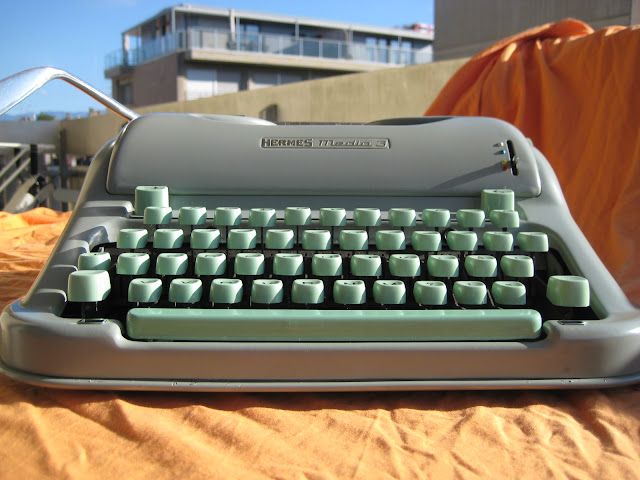 Gorgeous curves!!!
Posted by Adwoa at 11:39 AM
Labels: Hermes