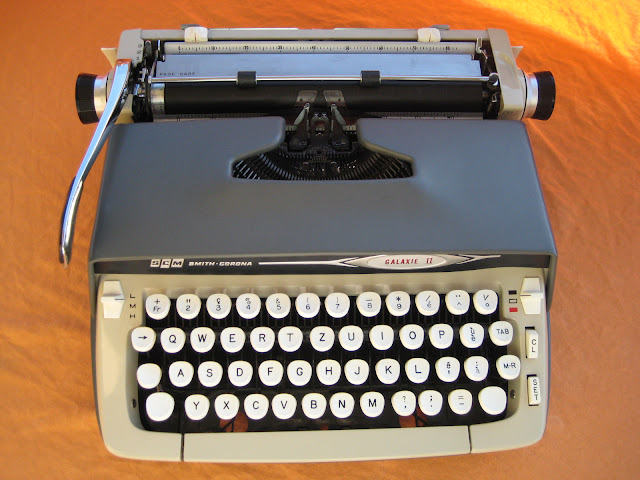 For collectors in the U.S., this is a perfectly run-of-the-mill machine, perhaps not even worthy of collecting. Over here on this side of the pond, finding a Smith Corona is (to me, at least), a fairly Big Deal. And this is not just some Smith Corona that was brought over by an expatriate either: judging from the fully Swiss-French QWERTZ keyboard, this was made for the Swiss market and most probably sold right here in Geneva. 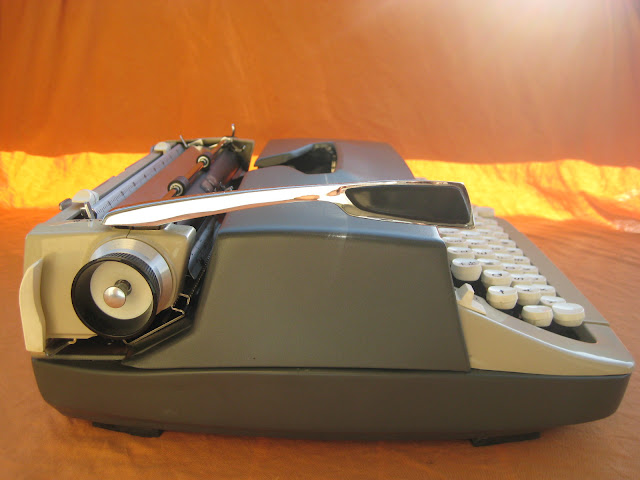 I have looked at many a picture of this series of machines on the net, as many typecasters, particularly Strikethru, seem to be fans of the later Smith Coronas. However, seeing it in person for the first time, I was struck by how large it is. This is a lot bigger than it may look in pictures, and I would put it right next to a Hermes 3000 in terms of heft. Color me surprised: I had really envisaged this as being in the league (sizewise) of an ABC/ Cole Steel. 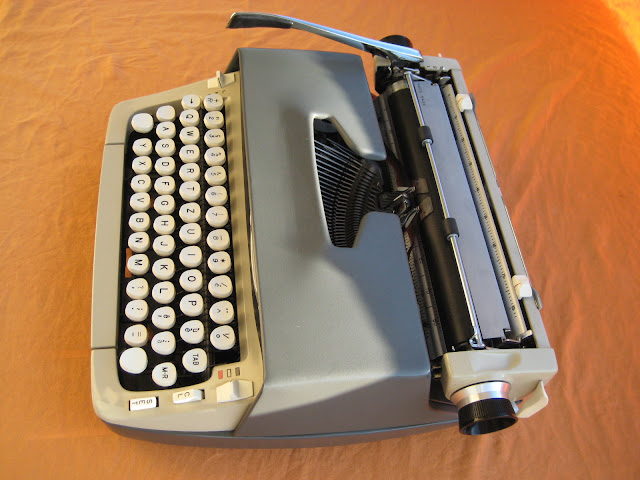 There are many subtle touches on this typewriter that elevate it into the realm of a well-engineered, well-executed conceptual machine, and they really give the user an idea of the thought process that went into the design, much like your average Hermes. Just to name a few, I appreciate: the clearly-labeled and easily-accessed ribbon-color and touch-control selectors; that extra bit of rubber padding on the carriage-return lever; the large carriage-release levers on each side, the sliding ribbon-cover... 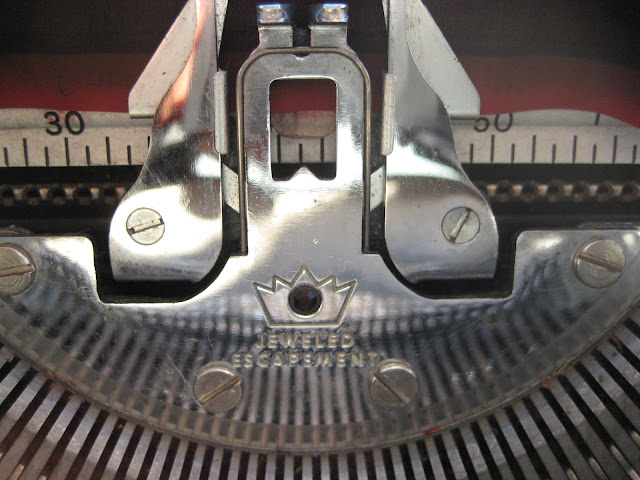 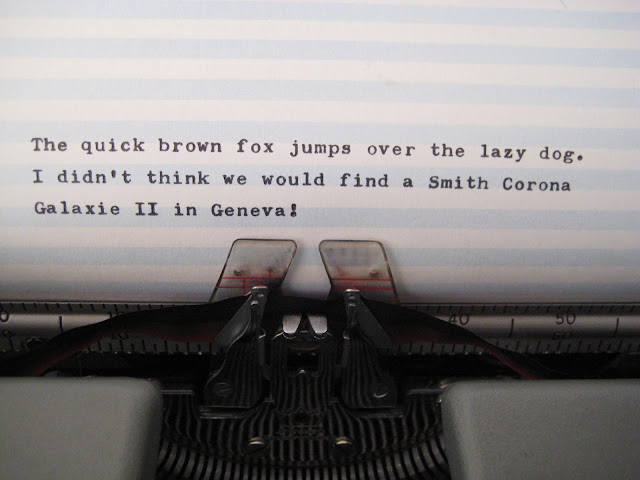 The font is a print-like elite that I have already seen on my Princess 300/Scheidegger Princess. The original ribbon still prints deeply, and I find that the type impressions are nice and bold. The machine seems to have been rarely used, as the type slugs are pristine. Initially, I found the typing action rather mushy, but after thorough cleaning and oiling, the keys are responsive and the action is brisk and efficient. I had been wanting to try out Smith Corona's keys, and they do not disappoint. The feel is really quite fantastic: springy and cushioned and comfortable.

Here it is in its very subtle case (another great feature): 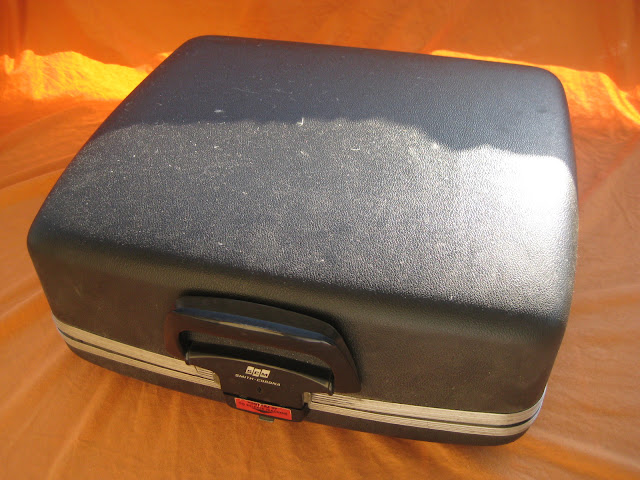 (It's still a tad grimy in this picture, but we have since cleaned it thoroughly, of course!)

This is a solid machine, and certainly one that I can appreciate as a concept - the ease of use was a high priority for its engineers. It goes into the collection now for its novelty value, and takes a seat as our very first US-made typewriter. I may well offer it for sale at a later date, though.

I have some hope that now this has turned up, we may even find that much-commended machine, a Silent Super, right here in Geneva! The fun is all in the hunt...
Posted by Adwoa at 10:32 PM
Labels: Smith Corona