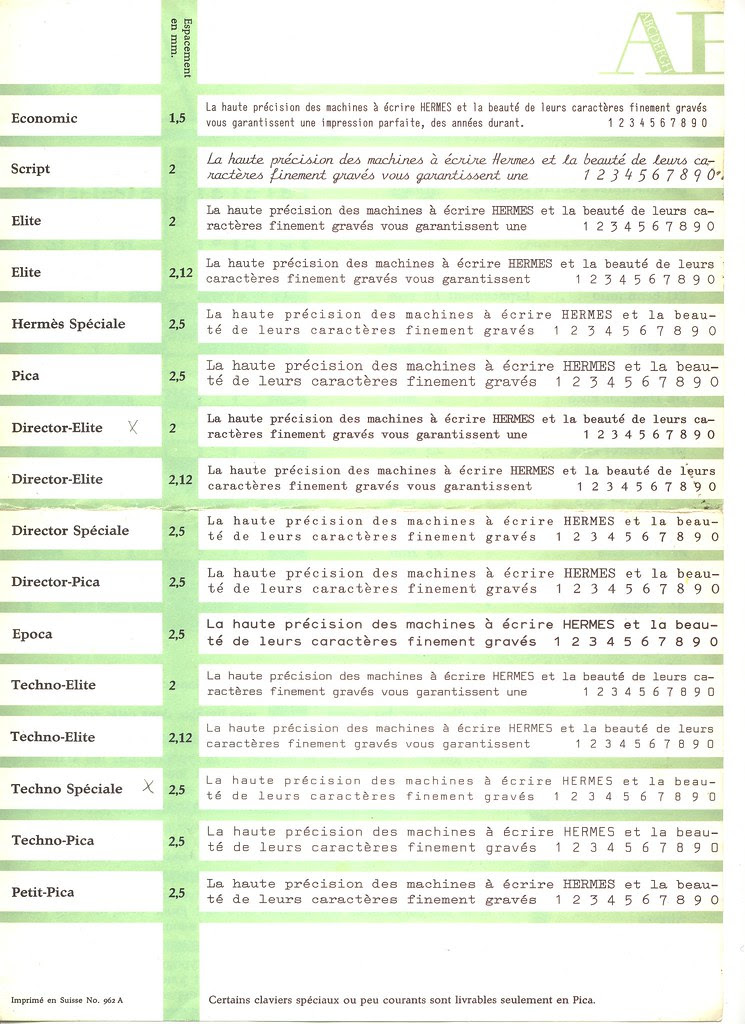 This is a document from approximately 1968, that we found with a pristine Hermes Media 3 that also came with the original brochure stamped with the name of the distributor in Geneva where it was originally purchased. I love typewriter ephemera, and papers like this have been conspicuously absent on most of our finds, so this made me very happy indeed. It shows the font styles available for Hermes machines of the 1958 iteration - this includes the curvy mint green Hermes 3000 we all know and love, as well as the Media 3 and green Baby featured on this site.

Font preference, I have found, is a very personal thing. Most of us cannot choose these days, of course, and all the Hermes machines I have taken in have been because they were available, with the typeface an afterthought. Many of them have been some variant on pica or elite, with the odd "Hermes special" extra-wide spacing thrown in. Script machines are particularly desirable on eBay US and I would love to find a script Hermes too, but no luck so far. (No, I am not at all bitter that here in Hermes-land, where I must have come across twenty of the suckers this summer alone, I have not yet found a single one in script). According to the chart below, script font was available for the Baby, Media 3, and 3000 portable machines only, while the bigger standard typewriters were given variations on pica, elite, and techno. 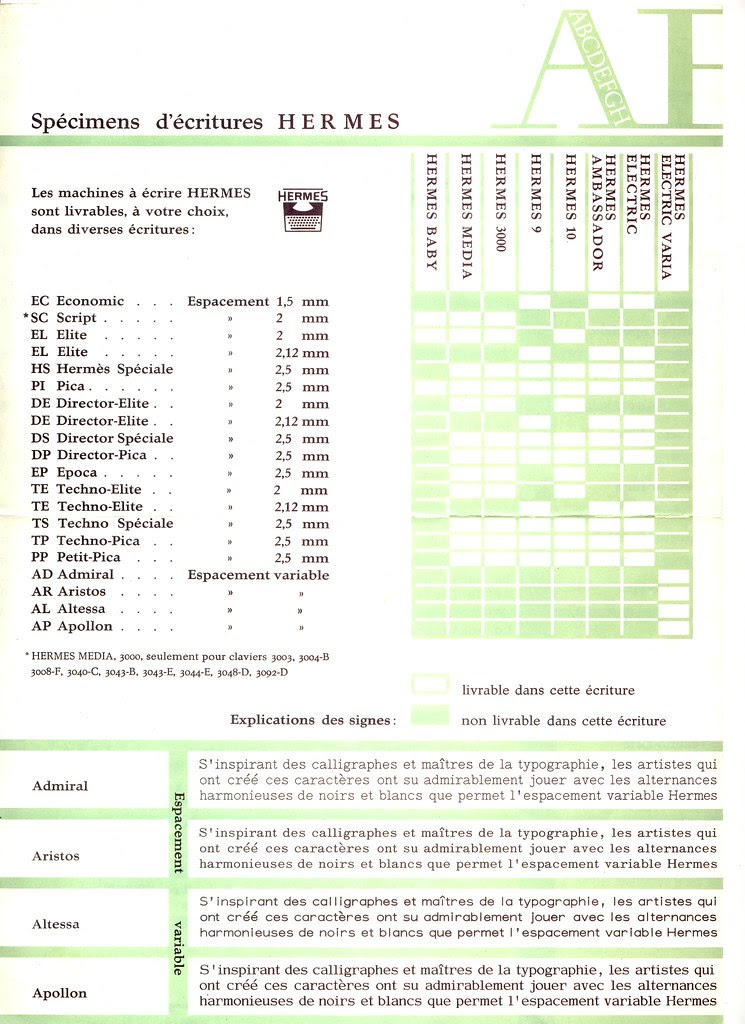 While the first document will have given you a sample of all the font styles, here are the blog posts of a few type-casters who have blogged with some of the different typefaces on Hermes typewriters:

Script: In June 2008, Strikethru described her elation at receiving a script Hermes 3000.

Elite: In September 2008, Little Flower Petals wrote about her attachment to her elite Hermes 3000.

Pica: In May 2008, Olivander composed a free-association poem on a Hermes Rocket (pica?).

Director Elite: This has the spacing of elite, but with more elongated characters. I know Richard would explain it more elegantly!

I had a Hermes Media 3 with this typeface, but I always thought it was much too small. It took so long to fill a page! In June, I wrote about a motorcycle accident I witnessed.

Epoca: The young Line Writer composes his posts on a '70s epoca Hermes 3000.

Techno Pica: In June, I ranted about a Bern museum's glaring lack of typewriters on display using my techno pica Hermes Media 3.

I must be missing many others. Do let me know if you've typecasted on a Hermes typewriter and would like the link to be added to this list!
Posted by Adwoa at 5:48 PM
Labels: Hermes