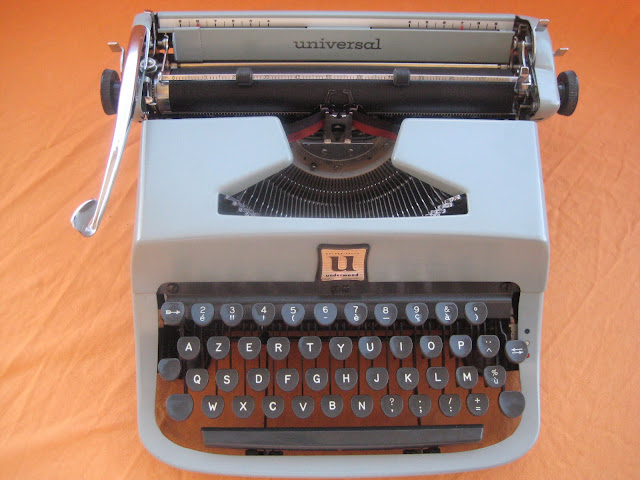 Before Underwood was acquired by Olivetti sometime in the 60s and the name "Olivetti Underwood" appeared on Olivetti's Lettera and Studio models, Underwood was a fine American typewriter manufacturer with a large line of well-respected portable and standard machines, many of which Alan has documented on his site. This Underwood Universal is identical to Alan's, actually, except in a different color and without tab functions. 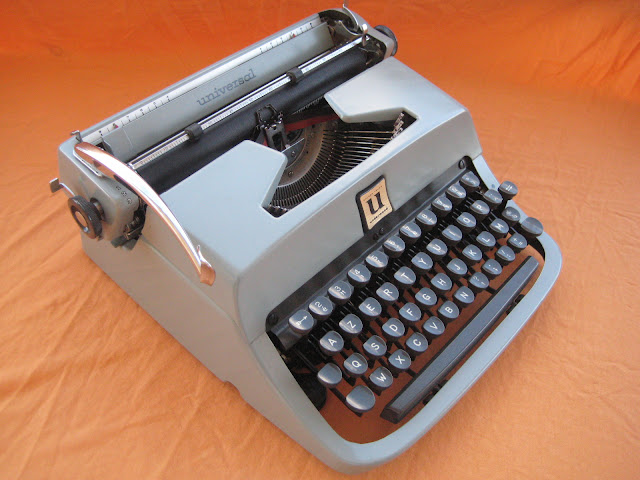 I was excited to find this machine - until now, my experience with Underwoods has been Olivetti-influenced, and I have read that the Underwood 319 and Underwood 19 have no resemblance at all to the earlier machines manufactured in the USA. So when I snapped open the box and found this gem, I was ecstatic. For all its pedigree, it is also a very good-looking machine. 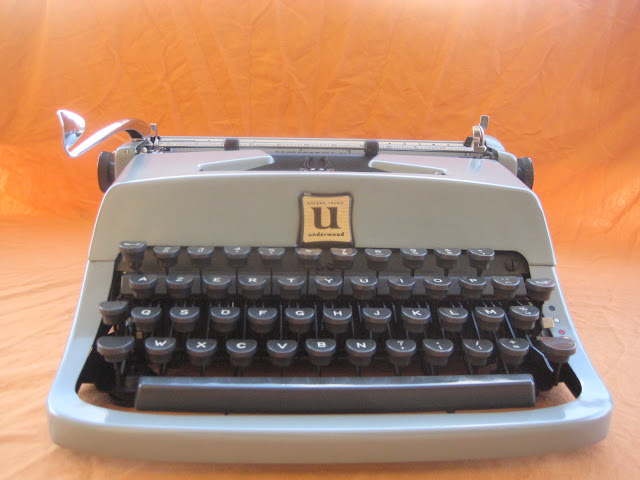 But then I saw that it had an AZERTY keyboard, and I hesitated. I shall admit that the French layout has always caused me some bewilderment. I have made my peace with QWERTZ these days, but AZERTY? Between all of the keyboard switching, I am rather typo-prone these days. However, despite the keyboard, I was smitten. The machine was in fantastic condition, has an all-metal shell, and a precise, crisp touch. The icing on the cake was when I pressed the "U" logo (which has "Golden Touch" written above it) and this happened: 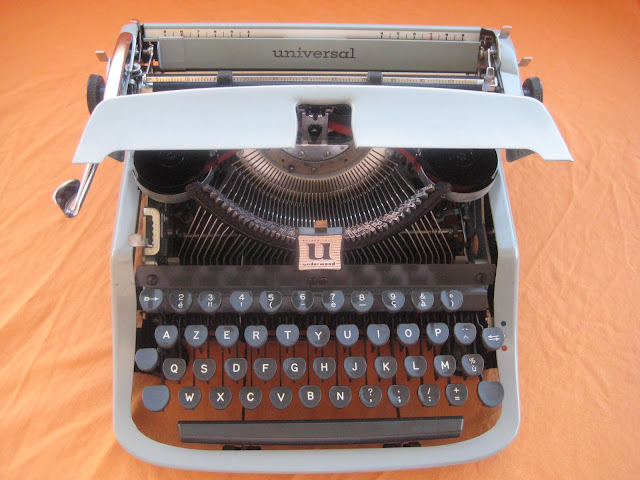 Just like popping open the hood of a car. On the left is the touch control lever, with five possible settings.

But, back on the subject of typing. The machine has a small, 12 characters per inch elite font: 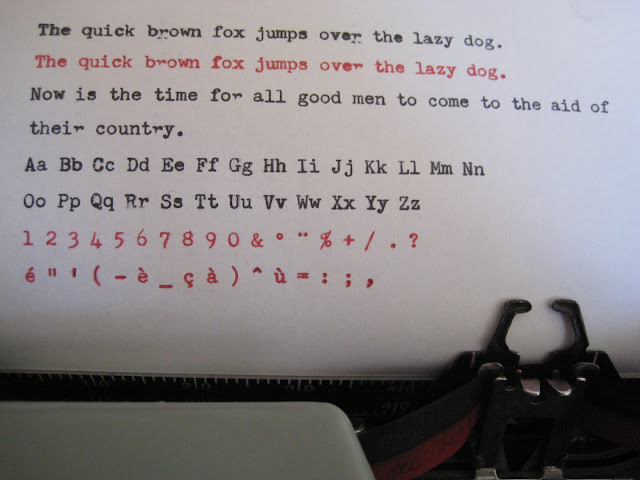 I find the font crisp and clean, and were it not for the fact that I need to hunt and peck with the azerty keyboard, I'm sure that I could type reasonably fast on this one with no problem. The only thing I am looking into fixing is the type slug for the letter r, which is a bit loose resulting in a weaker impression on the lower part of the letter. A spot of strong glue will fix that, I hope. 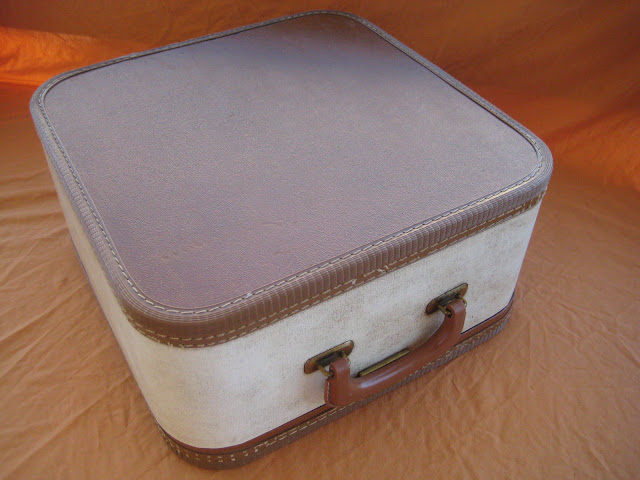 The case for the Underwood Universal looks like a piece of vintage luggage, with its wooden frame and brown and ivory vinyl trim. The hinge and handle are sturdy, and although this is a moderately heavy typewriter, the case is perfectly capable of supporting and carrying it.

I am listing this one in the "For Sale" section, as I have other metal-bodied 50s machines with elite fonts and do not have much space for this one. However, this would be a great piece to display and use... I can even see this being used as the "typewriter guestbook" at a wedding, that's how pretty it is! I'll enjoy having it around until it goes, that's for sure.
Posted by Adwoa at 10:04 AM
Labels: Olivetti/ Underwood