As a great admirer of the aesthetic appearance of ABC/ Cole Steel machines, I only regret that I do not have the space to stash more of them! They came in many attractive colors, and if I had my way, I would own all of them! But, apparently some people feel we should be able to live in our apartments and this excludes piling them high with typewriters of all shapes and sizes. Humph.

The next best thing to owning the real items, though, was cobbling together a virtual collection of images from auctions and blogs (credit given where possible). So, here is a full-color tour through the ABC/ Cole Steel typewriter color options. To determine the order in which I present the pictures, I defer to Thomas Fuertig's post on the Portable Typewriter Forum from July 27, 2010, which listed the official names that Kochs Adlernahmaschinenwerke A.G. gave to the various color schemes.

My own ABC is in this color scheme, so here it is:

2. Green (non-hammertone) - here is a picture I nicked from an eBay Germany auction: 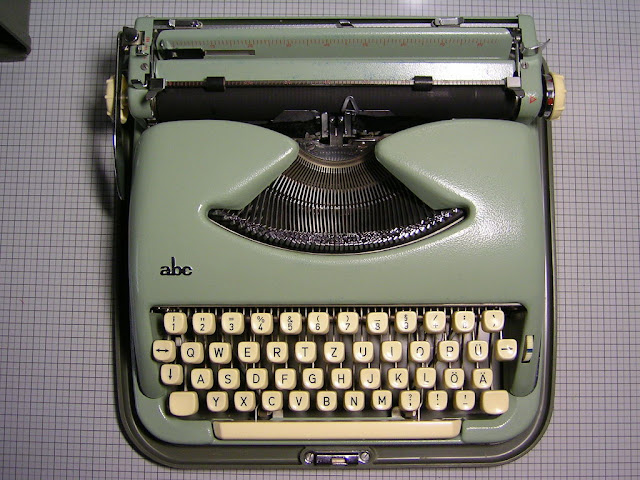 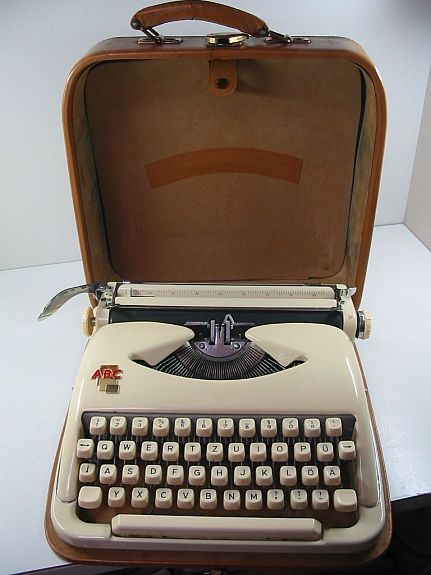 4. Grau (dark grey) - here is a picture from a Portable Typewriter Forum user: 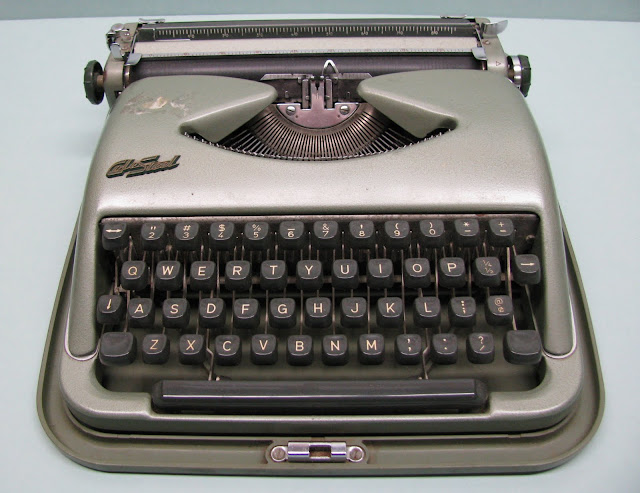 5. Beige (also called Desert Sand in the US) - here is a picture from an expired auction of Galerie Alte Technik: 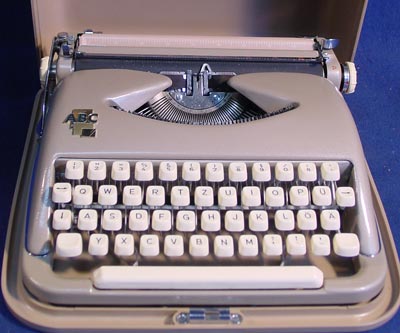 6. Tomato Red - this picture is of Richard Polt's ABC: 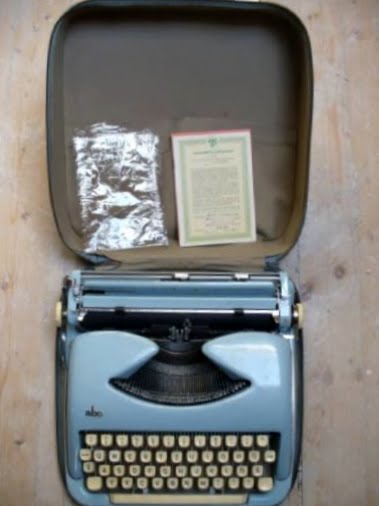 7. Creme base with tomato-red cover - from an auction on eBay Germany: 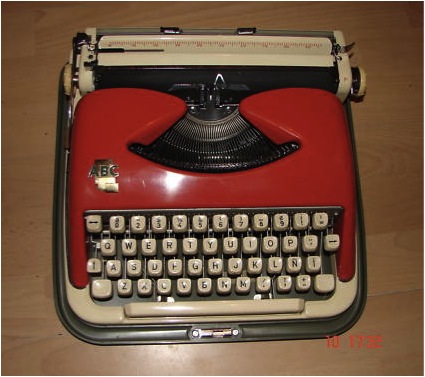 8. White - this came from a now-expired listing on a German classifieds site: 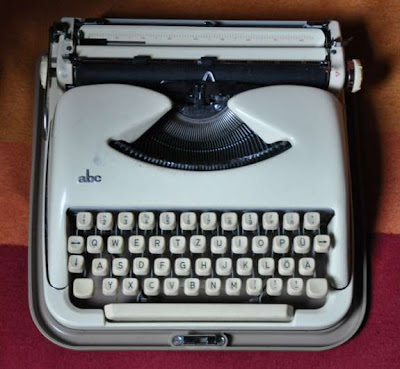 9. Pink - Will Davis has the only pink ABC I've seen online: 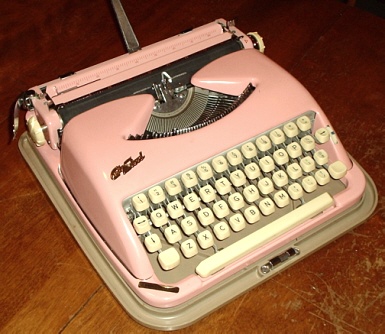 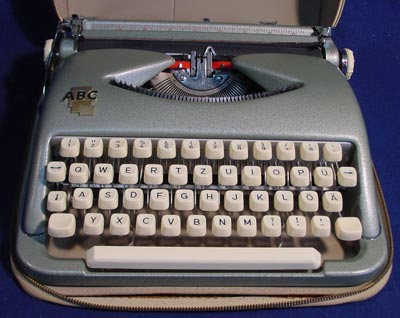 Bonus: here is an image of the ABC variant that Will Davis unveiled on his blog in July, that I took from a now-expired auction on eBay Germany. It is branded as Brillant from Neckerman, a name you might recall from the post on my rebranded Groma Kolibri. It took serious restraint not to purchase this machine! However, shipping fees are quite expensive so at least I have the picture as a reminder: 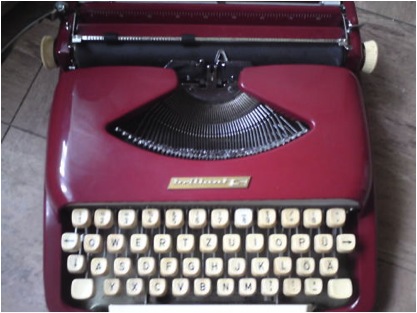