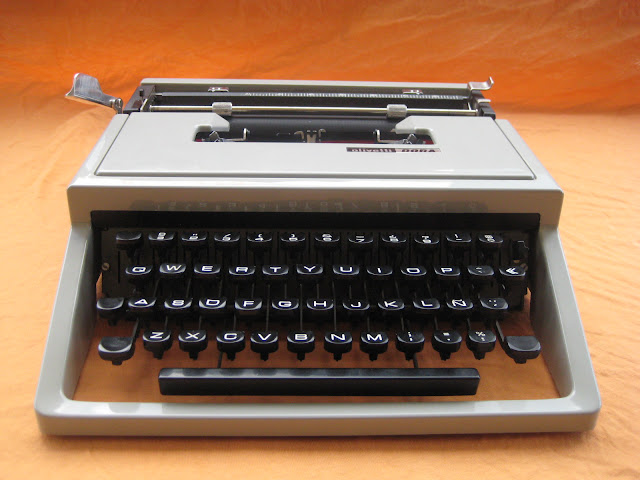 And so it goes, from script/ cursive to techno pica in the form of this Olivetti Dora. What this is, actually, is the Lettera 32 mechanism with different keytops in a plastic shell. If you look carefully, you might remember where else you might have seen these square black keytops in an Olivetti: the (in)famous Valentine. 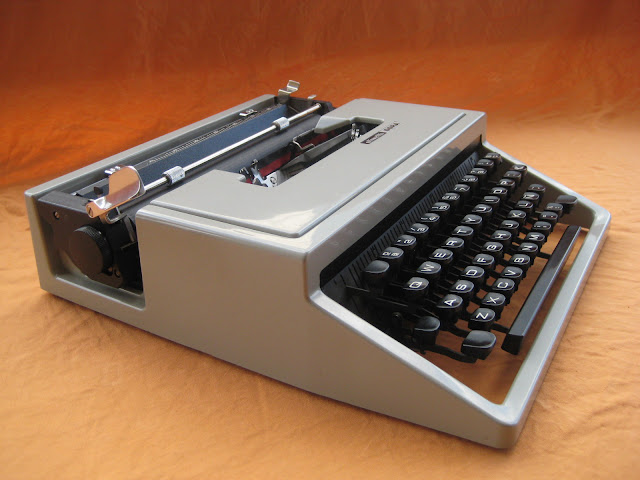 We got this from Spain because of the QWERTY keyboard, and it joined the collection sometime in July. While the case is plastic, Beeching's "Century of the Typewriter" confirms that this was made in the mid-sixties together with the Lettera 32. Like the Valentine, the Dora was designed by Ettore Sottsass, and sports simple clean lines (some will find it rather boxy, though). 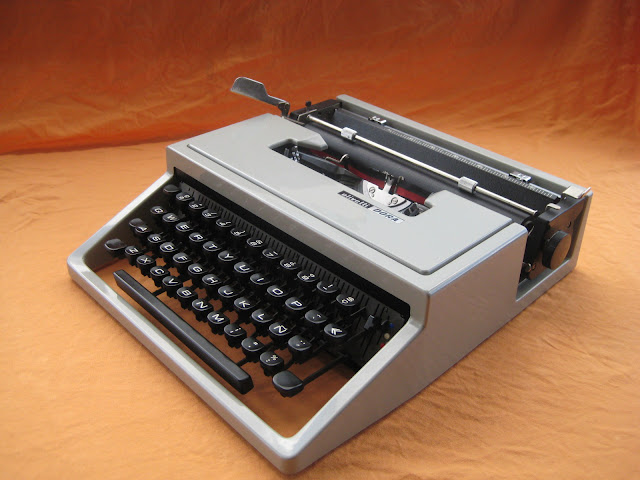 The plastic is very solid and polishes up to a high gloss. In fact, it takes some careful scrutiny to realize that it isn't metal - it's very well done. This quality declines in the 70s and 80s -the plastic Underwood 319 that we used to have was made of a porous plastic that attracted and retained unsightly stains. And don't get me started on the plastic Tippas! We had a bright orange Contessa de Luxe that reached us with little bits of plastic rattling about the box where the mechanism had proven too heavy for the shell and shattered it. Every collector's worst nightmare. 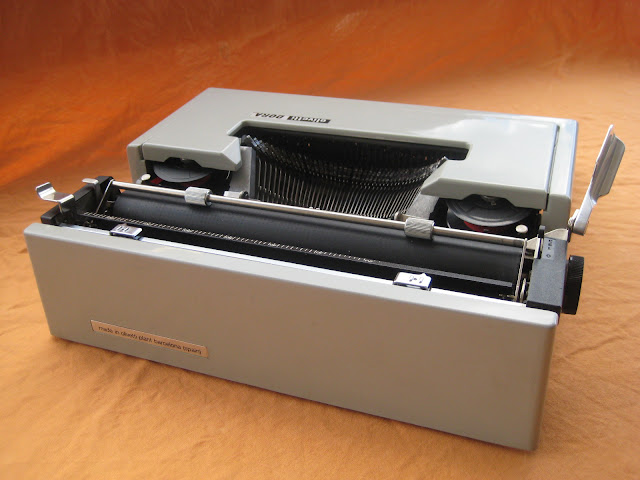 The Dora was manufactured in Olivetti's Barcelona plant, which would later manufacture most of the Valentine typewriters. Just a cursory glance at the carriage placement and design reveals that Olivetti retained the same basic elements in pretty much every typewriter they made. This includes a basket shift, of course. 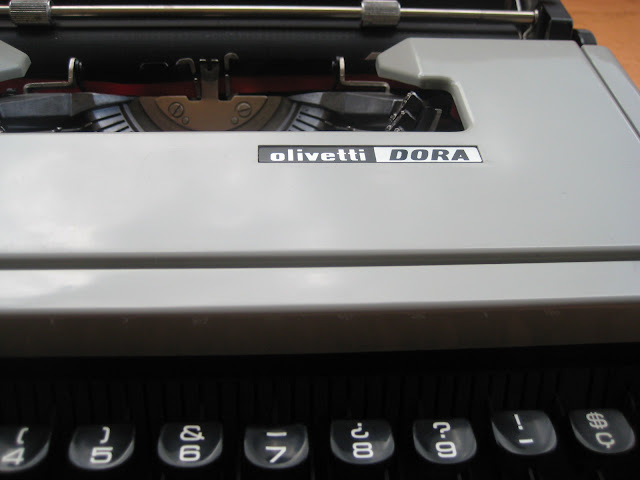 Another view of the logo and Spanish characters - upside-down question mark, anyone?

In keeping with its futuristic look and feel, this Dora has a techno pica typeface that completes the theme nicely, don't you think? 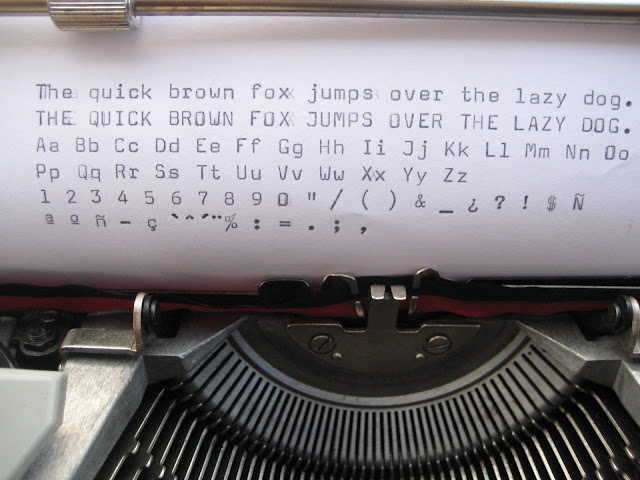