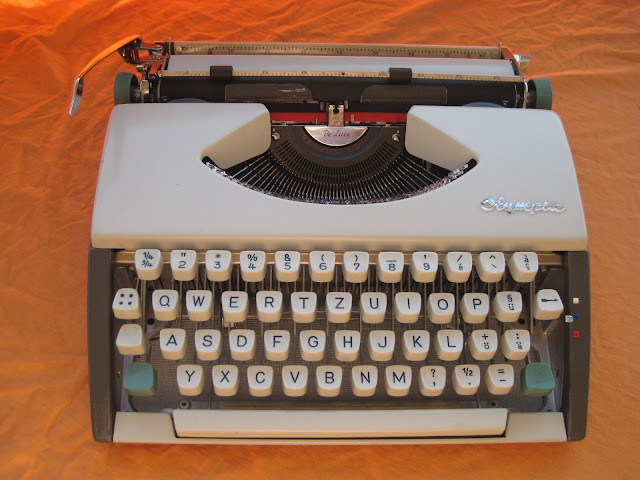 The Olympia SF (Schreibmaschine Flach) is one of those ultra-portable machines that has received rave reviews from typewriter users. It sports all-metal construction, and the turquoise keys on this particular model make it a dead ringer for the classic early Olympia SM-9, albeit smaller. The SF is often mentioned in the same breath as the Smith Corona Skyriter and the Hermes Baby/ Rocket, as a typewriter that is both truly portable and pleasant to use. 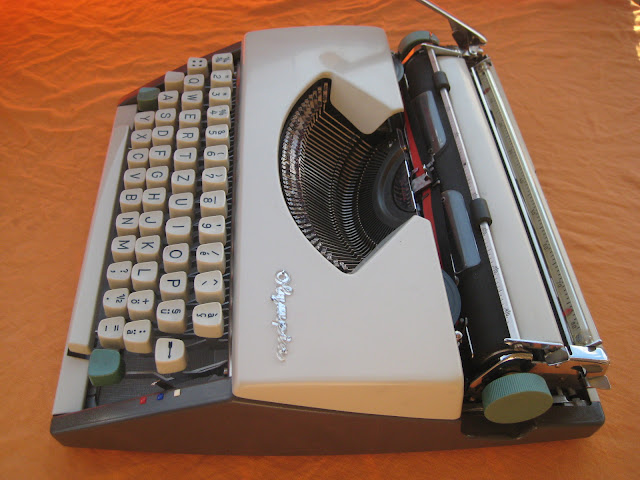 The Olympia SF appears to be a direct descendant of the earlier small Olympia portables, which were labeled Splendid 33, Splendid 66, and Splendid 99 in Europe, and in the States was seen occasionally branded as the Olympia Socialite. The SF is boxier than those earlier models, and the rounded corners have been sharpened here. The side profile is also reminiscent of its larger sibling, the SM-9, especially with the combination of green, white, and dark gray colors. The Olympia SF is carriage-shifted (unfortunately), but this is pretty standard operating procedure for machines this size. 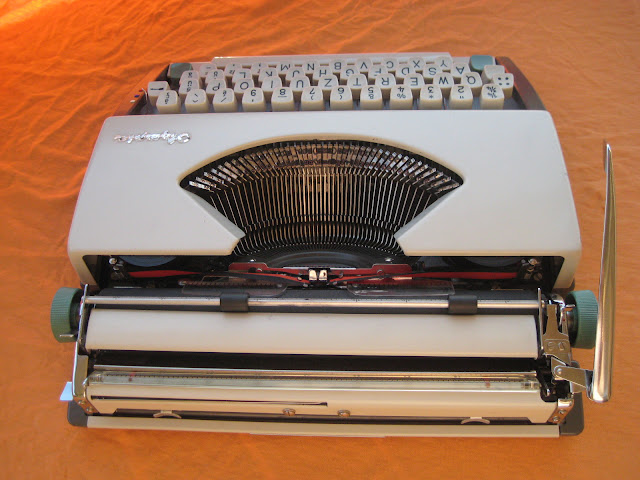 Between this and the Hermes Baby, I would still go for the Hermes, which is sparse and tight. The Olympia SF has a number of nice features, including the red margin indicators which are visible beneath a transparent plastic covering the ruler. However, this particular specimen has caused me some grief with the ribbon: it stretches so taut that I have to adjust it from time to time with my finger. I am due to receive another of these machines in the next few weeks, and I shall then be able to judge whether the problem is with all SFs, this one only (perhaps a missing spring?), or me (assuming there is some super special way of replacing the ribbon that I did not observe). 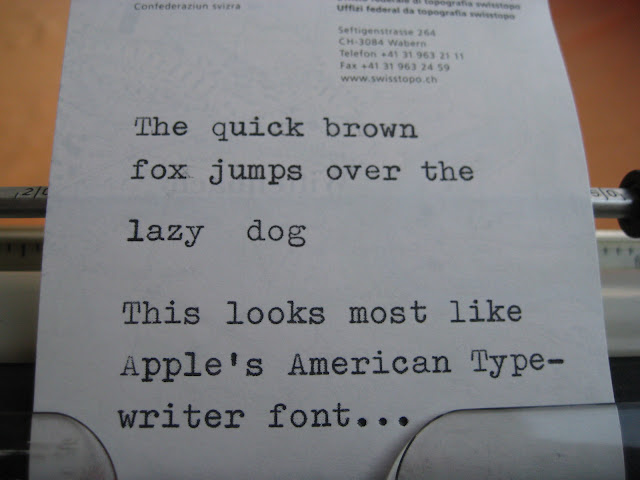 For all its faults, I find the fault on this SF rather charming. It is a huge 10 cpi that Olympia probably designated "Roman", but it reminds me most of the American Typewriter font that comes pre-installed on Macs. I remember when I first got a typewriter, I thought to myself that the font looked nothing like Apple's interpretation, but now I can see where they got their inspiration... dead ringer, really. The alignment is a little wonky, and the margins slip every so often, so some more tinkering is probably in order. Other than that, this is a nice little machine and I hold on to it in hopes that I might someday be inspired to wax lyrical about it as others have done before.

I'm still looking forward to trying out a full-size Olympia, probably the much-acclaimed SM-9, at some point. We spotted an SM-8 while out "hunting" some weeks ago, but passed it over because of the wide carriage, although the price was very reasonable. Here's a picture I took then: 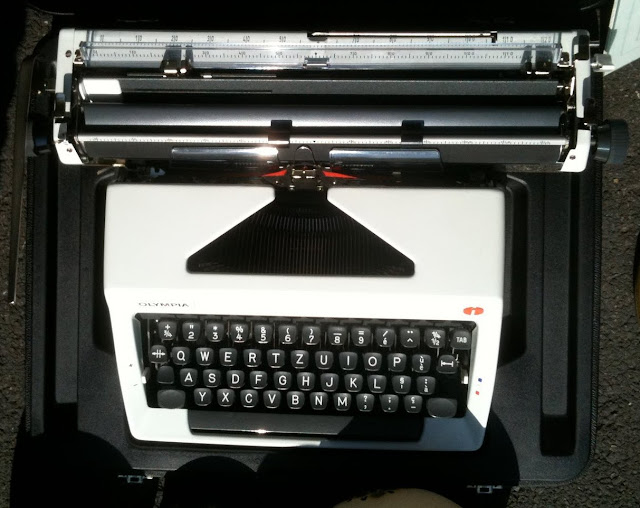 Not bad, eh? I would, however, like an older model because I'm a sucker for the Olympia logo rendered in script font. I haven't seen this SM-8 since - like all the machines I leave behind, I hope it found a good home!
Posted by Adwoa at 11:59 PM
Labels: Olympia