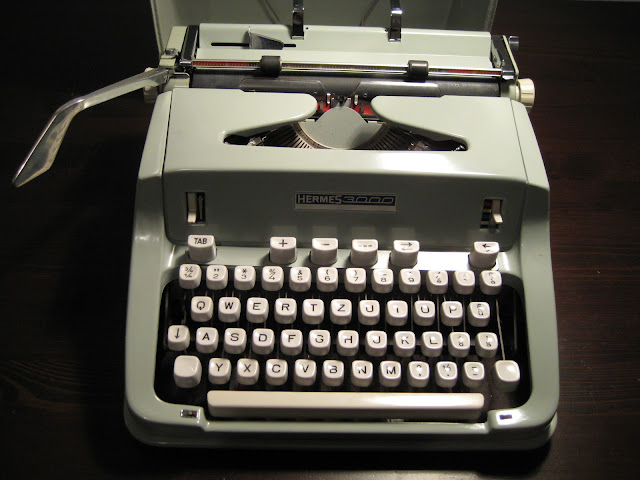 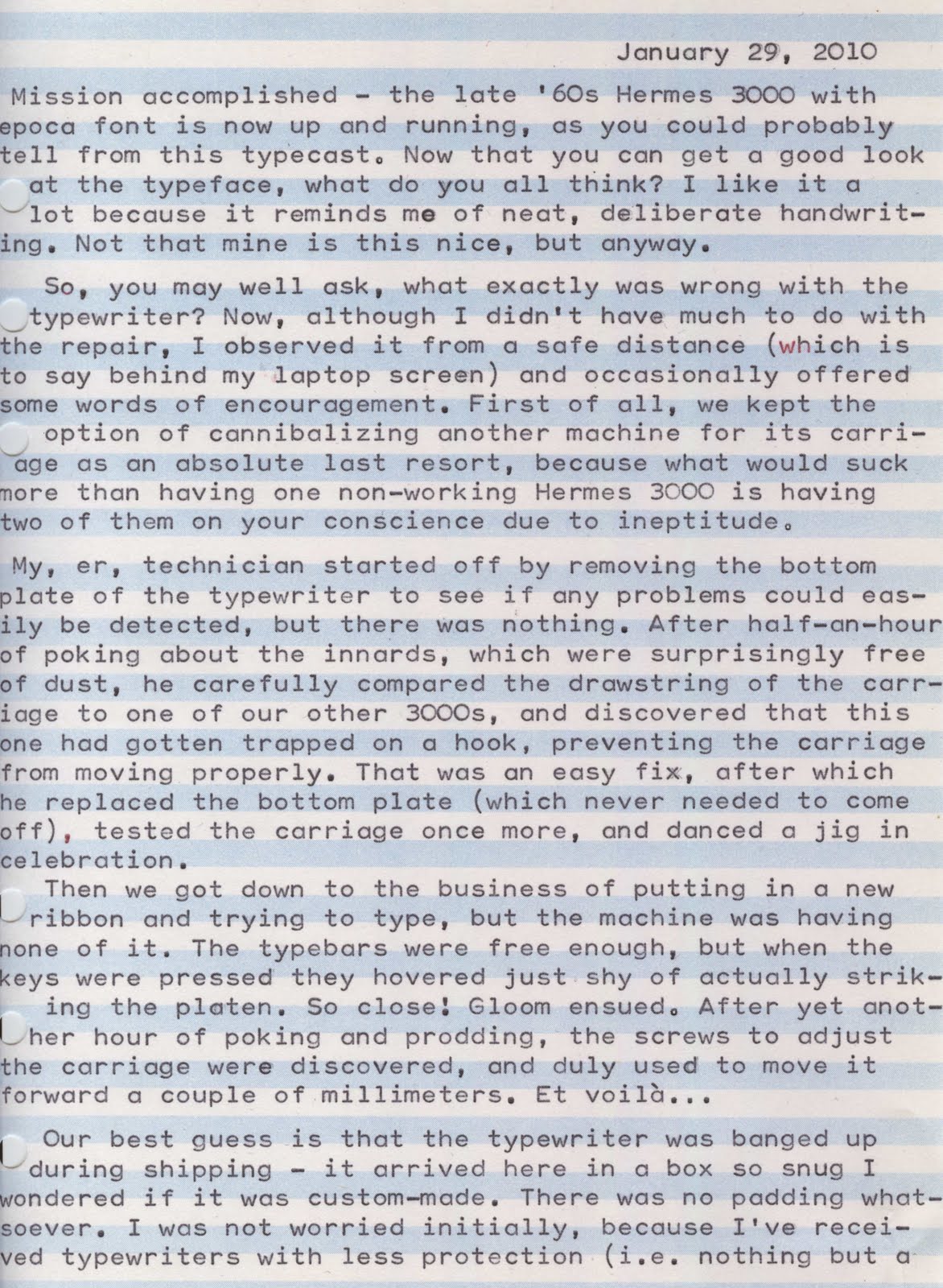 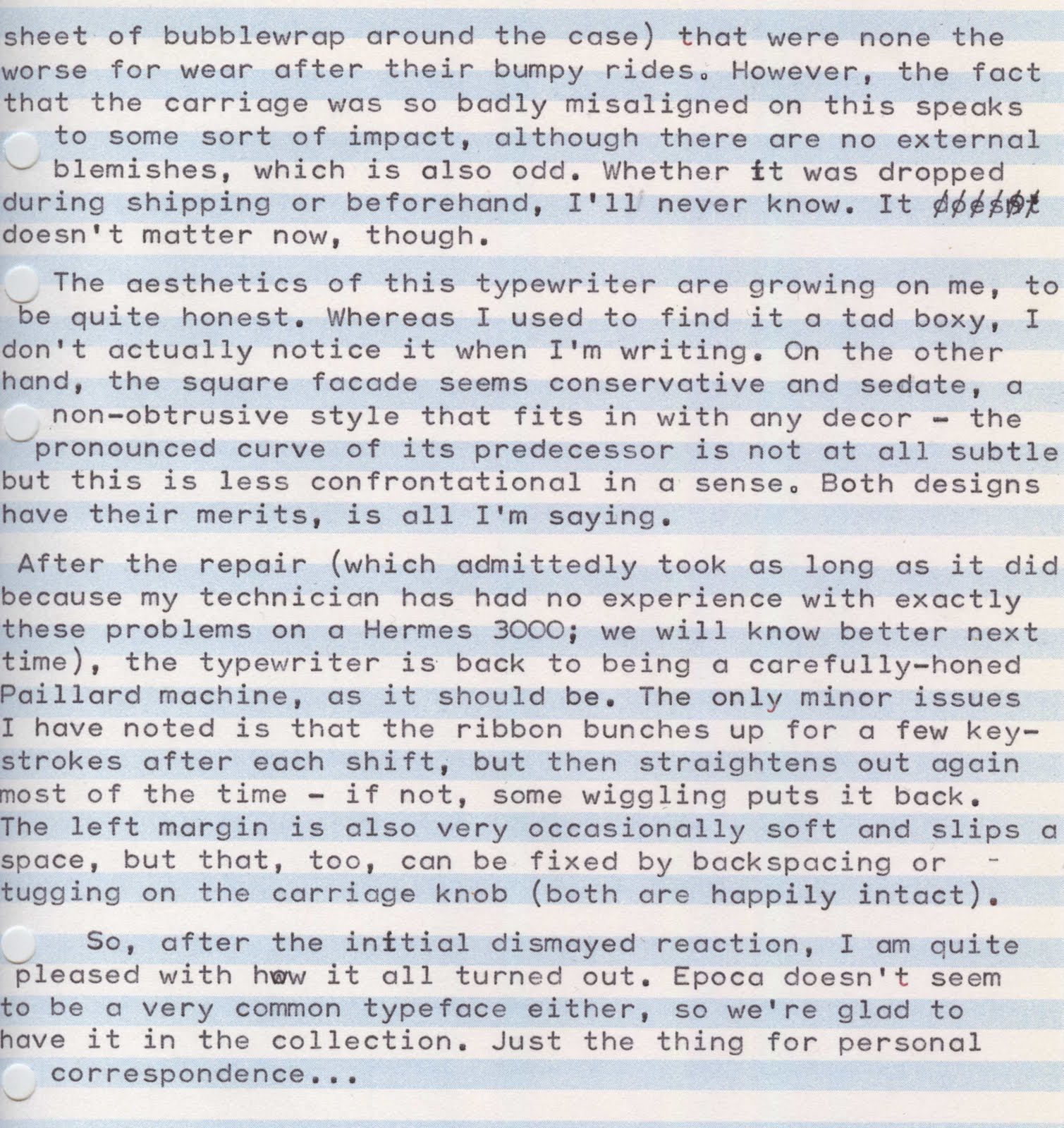 By the time the typewriter was finally up and running, it was quite dark outside so I couldn't stage a photo shoot as per usual. Some artificially-lit pictures will have to do for now: 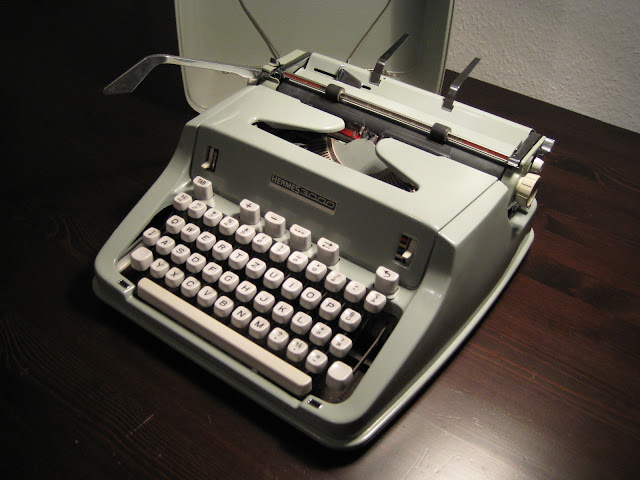 As you can see, it's in excellent cosmetic condition - nothing to indicate that it had ever been dropped (if that indeed is the case). Both carriage knobs are intact, there is not a dent or a scratch anywhere, nothing askew except for a bent tang of iron inside that holds a screw which in turn aligns the carriage properly. 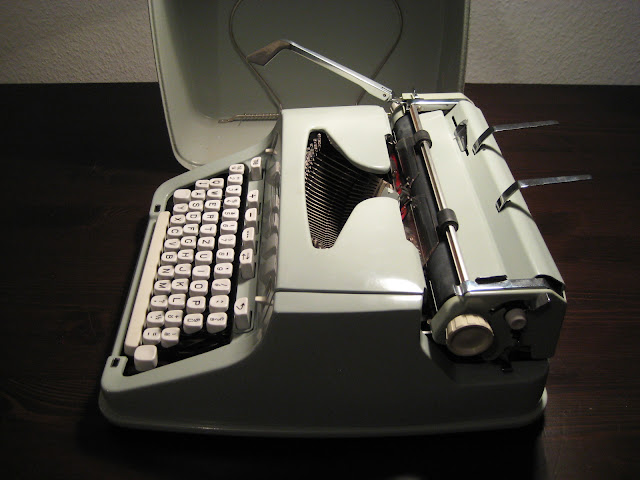 One thing is for sure - small problems, like the ones this typewriter had, are hard to see if you don't know what you're doing and even harder to describe on an internet forum in a way that will get you constructive help (unless someone else has suffered the exact same misfortune).  If - like my technician - you have not had to fix many typewriters, it will take a couple of hours of trial and error, close mechanical observation, and a bit of luck. To think I was ready to drop it off the balcony... 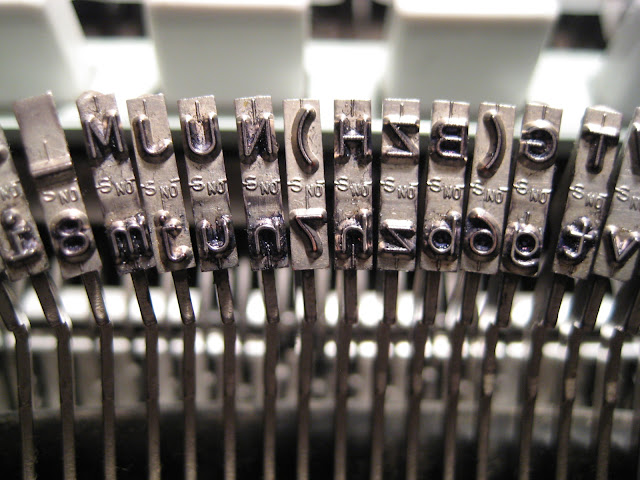 Up close and personal with the epoca typeface. There's a tiny bit of ink crud but not enough to hinder typing - this was really quite clean, if not functional (at least for a while!) right out of the box.
Despite having complained in my last post about losing the green metal cover of the feed rollers (which we might try to replace as soon if we locate springs that fit), I really don't notice that it's not there while I'm using the machine, or even in general, since that part is well-hidden by the ribbon cover in any case.
Posted by Adwoa at 9:37 PM
Labels: Collection, Hermes, Typecasting