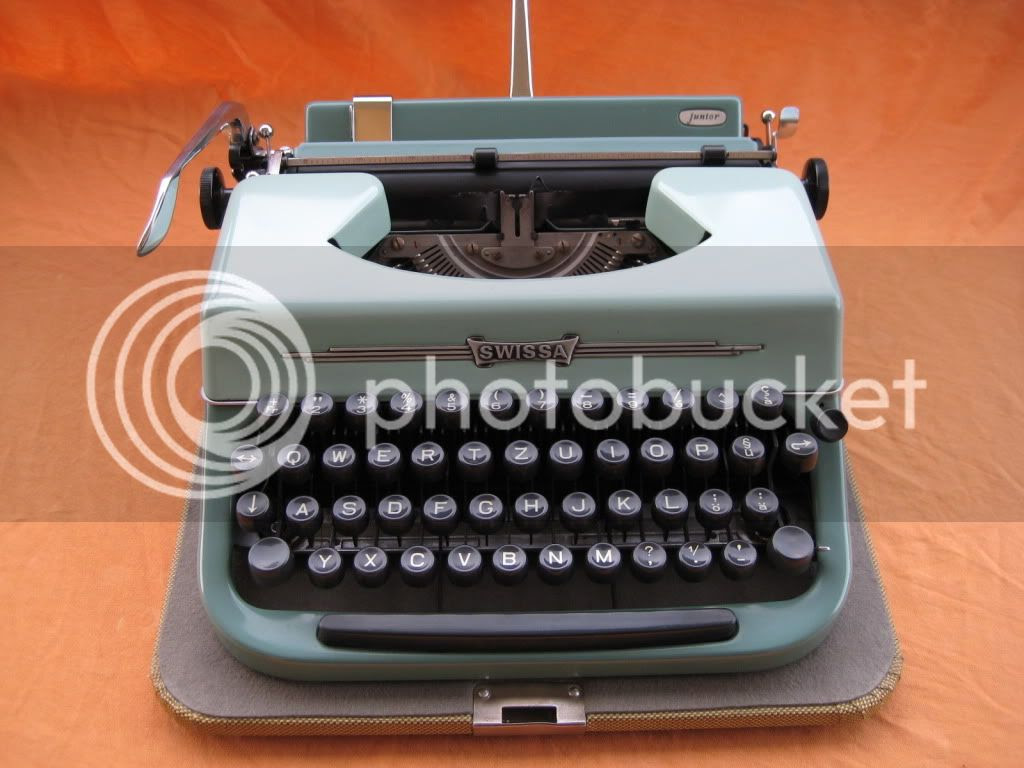 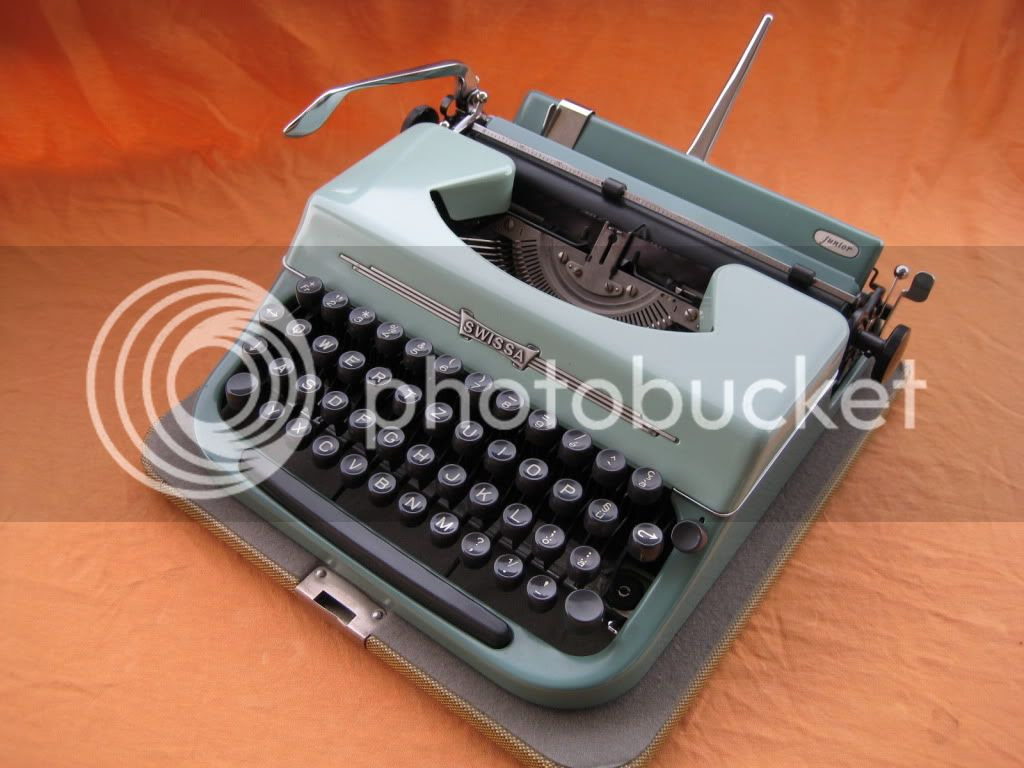 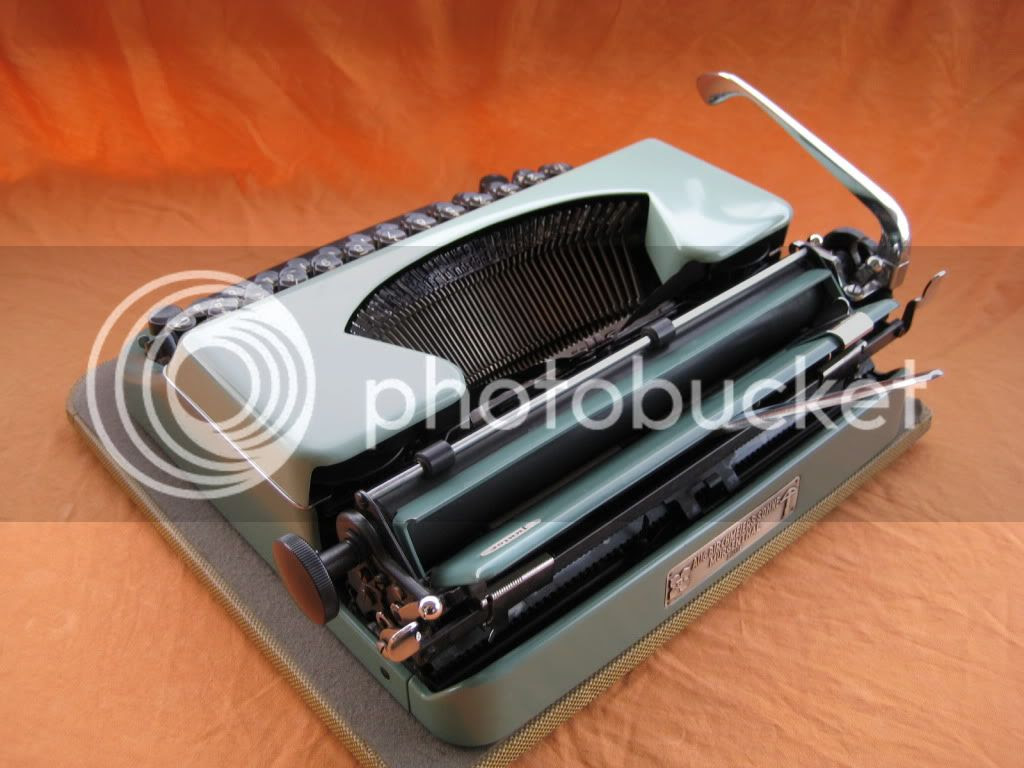 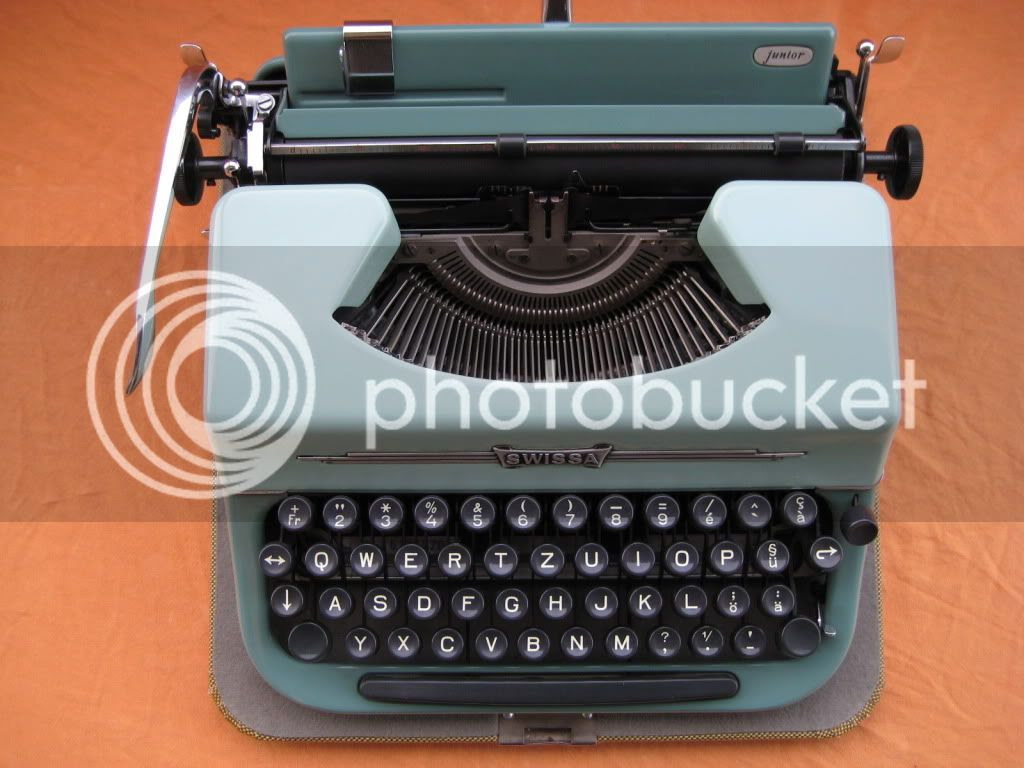 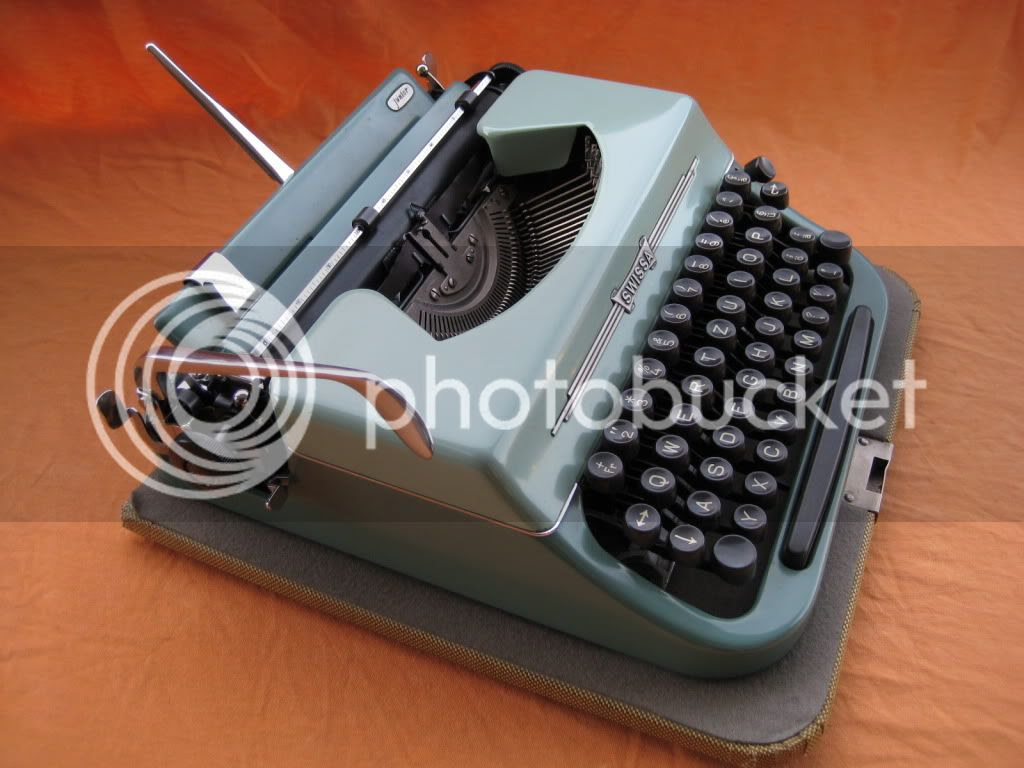 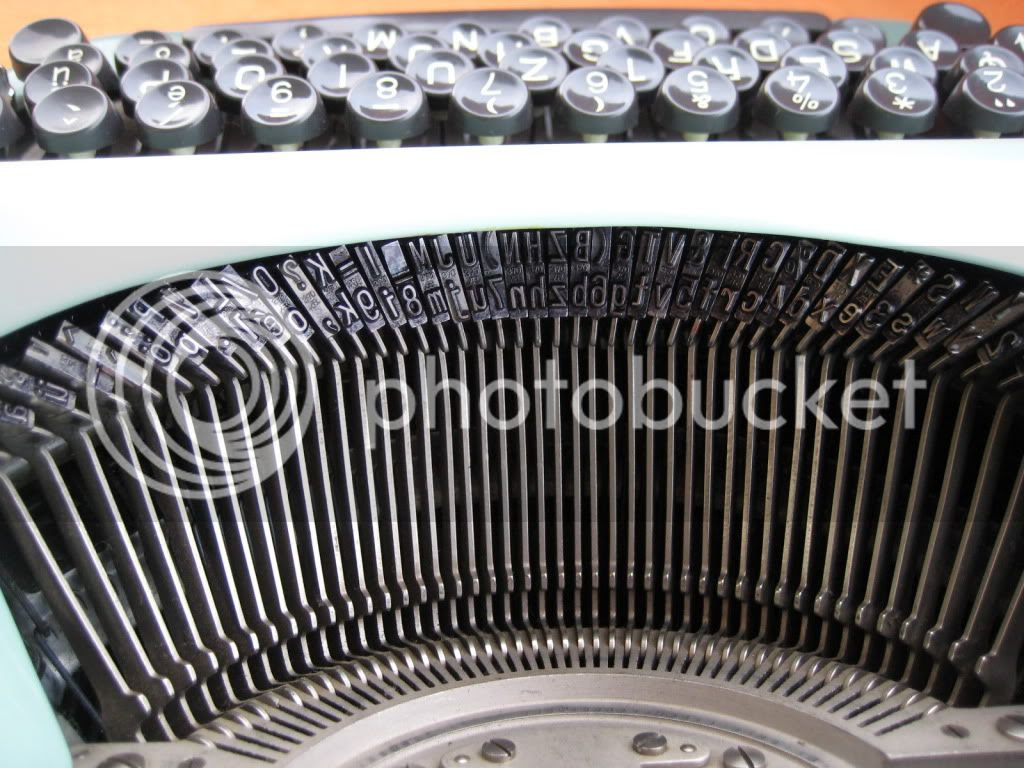 Swissas are not very common in the States, but just last week a typewriter identical to this one - it is the exact same color and also has a Swiss keyboard - sold on eBay US. Pity the seller did not put up a typing sample...
Posted by Adwoa at 11:24 PM
Labels: Collection, Swissa