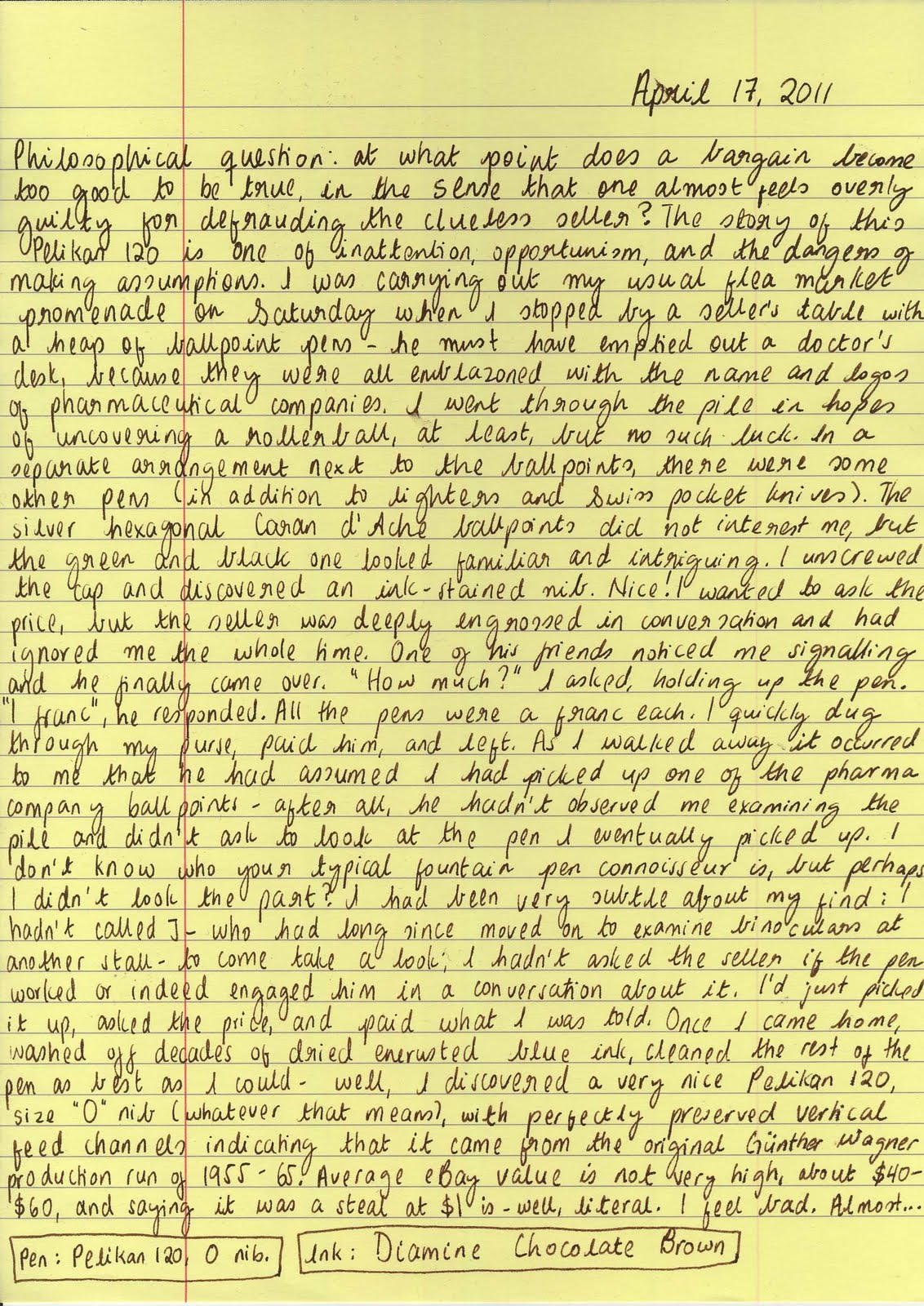 A few smudges seem to have crept in on my Rhodia legal pad... 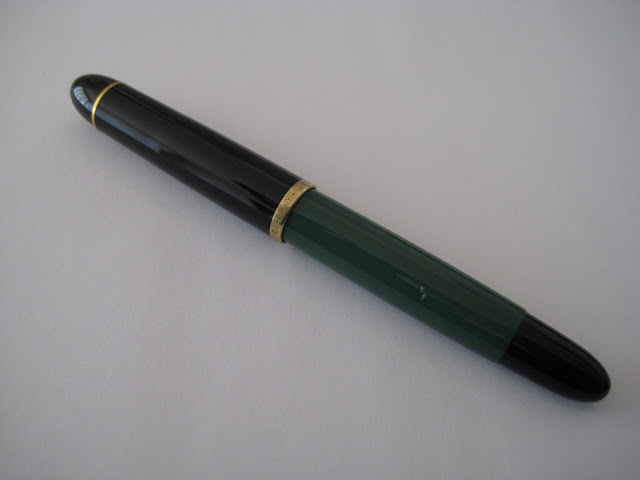 Well, here is the pen. There is a small scratch on the barrel, but otherwise the pen is fairly well preserved for its age. 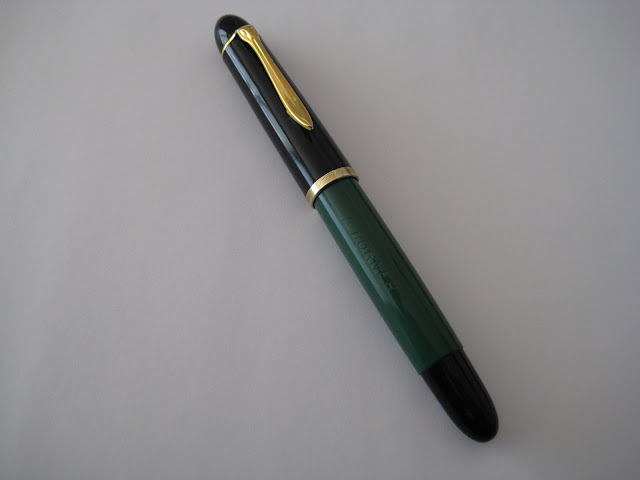 The name of the original owner, L. Borner, is engraved on one side. 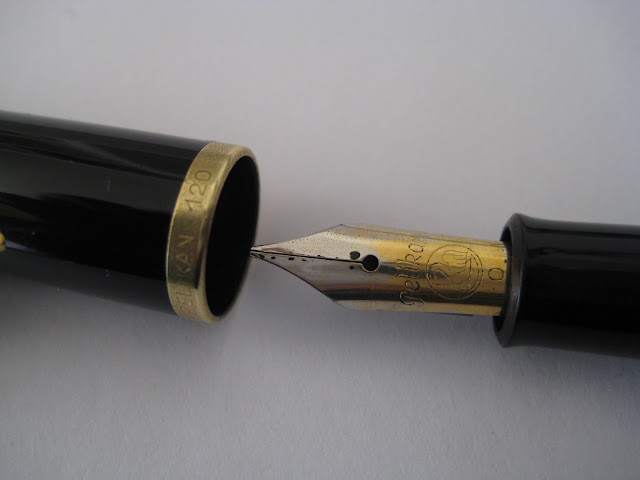 The gold plating on the steel nib has started to wear off, but I think it adds character! The dark spots are just splotches of Diamine ink. Another indication that the pen is from circa '55 is the cap band, which is perfectly straight - later versions were tapered. 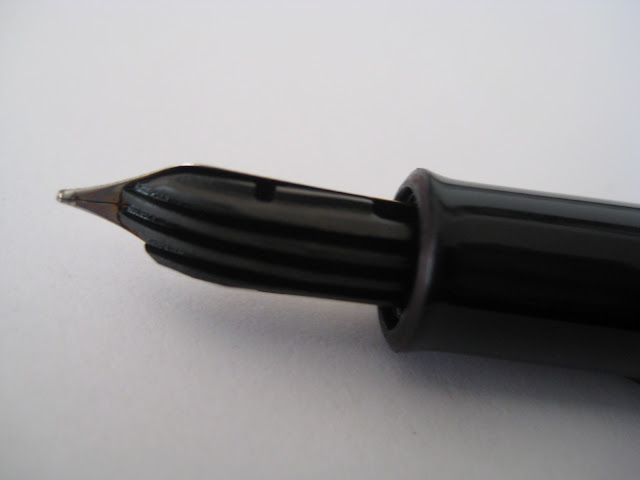 The other indication is the vertical feed channels, which were used in all Pelikan pens of that era. Later versions have the horizontal ones present on modern day pens as well. I have read that the vertical channels can be fragile; these look to have held up pretty well. 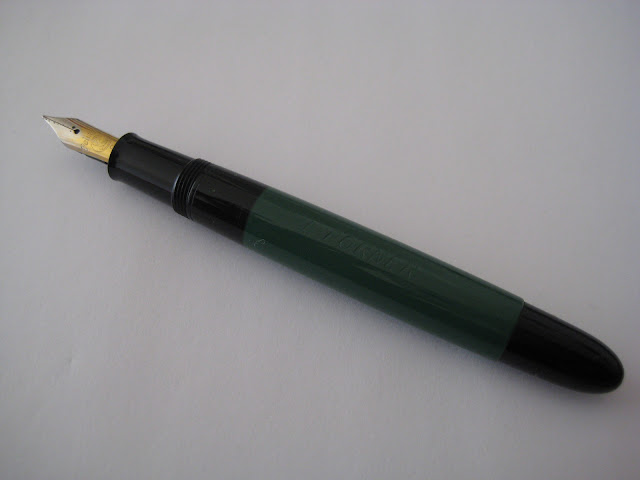 The ink window is a nice clear green, although of course that is not evident here because it is full of ink! It took some effort to clear out all the old ink from behind the piston head gasket; I dared not attempt to take it apart, but some vigorous shaking seems to have gotten the job done. 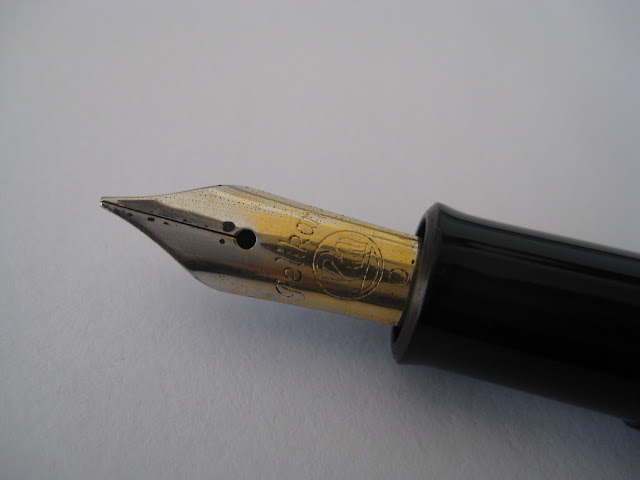 The Pelikan 120 was never meant to be a high-end pen: it was sold as a student model, hence the gold-plated steel nib. I believe the "O" stands for oblique and the general appearance of the writing would indicate that this is somewhat equivalent to current OM (oblique medium) nibs. I don't care much for oblique nibs - on this one I find I have to constantly turn the pen to find an angle at which the nib does not catch on the paper and provides a relatively constant flow. There is a hint of flex, but as the nib is originally medium anyway, there isn't enough line variation for it to be useful. The disadvantage of vintage pens is that one has little choice in these matters, so I can live with it.

Not a bad day, considering I found nothing particularly exciting on the typewriter front. It is nice to have something else to keep an eye out for when I visit the market.
Posted by Adwoa at 1:28 PM
Labels: Fountain Pens and Inks