April and May Typewriter Sightings

I have been sulking a bit since I passed on getting a Remington Portable #1 (with the pop-up keys) after I tried to bargain with the flea market seller and he would not budge. I should have made an exception to my rule of not paying "full price" for anything in an open market - this was a lovely, working typewriter, not often seen, and fitting in with all my new "vintage vintage portable" aesthetic requirements. But I was stubborn, and so was he, and so I moved on. Without even taking a picture, apparently. I still have a few pangs of regret, but they're fading - although I would still like to find one of those someday.

That said, we're off tomorrow to Berlin for a couple of days, so before then I shall put up a few pictures of discoveries here and there I have been meaning to post. 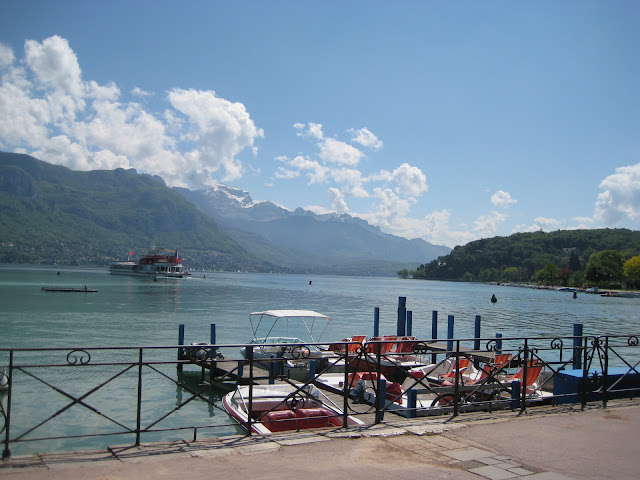 At the end of April, we made an excursion to Annecy in neighboring France to see what the fuss was all about - everyone we know touts it as a "must-visit" town, with stunning views and lovely architecture. It was just ok, methinks - the view is lovely, but living in Switzerland one does see an awful lot of lakes and mountains... so much so that my eyes just glazed over, really. It didn't look all that much different from the view in Geneva, or Lucerne, or Berne, or Zurich... 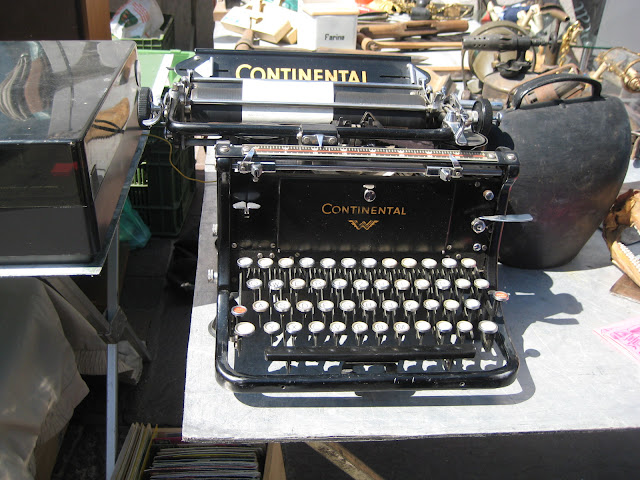 We only spent a couple of hours in Annecy, a tiny sleepy town, before beating a hasty retreat to Geneva. Fortunately, I had planned our visit to coincide with Annecy's monthly flea market, which I had high hopes for. Sadly, there was only one typewriter to be spotted: this handsome Continental standard. A decent sighting, but it didn't quite salvage the effort we had spent to get to Annecy. 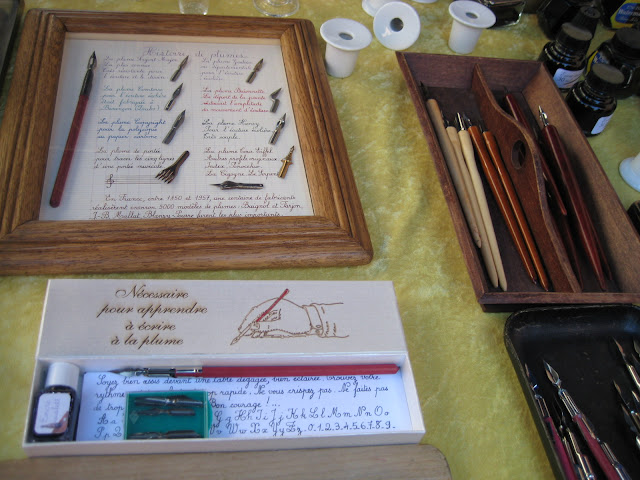 I was slightly mollified to come across this stand devoted almost entirely to writing paraphernalia - dip pens, inks, ink wells, and starter kits. I didn't purchase anything, being up to my ears in this stuff already, but it was nice to see that there seemed to be such a strong interest in writing implements. 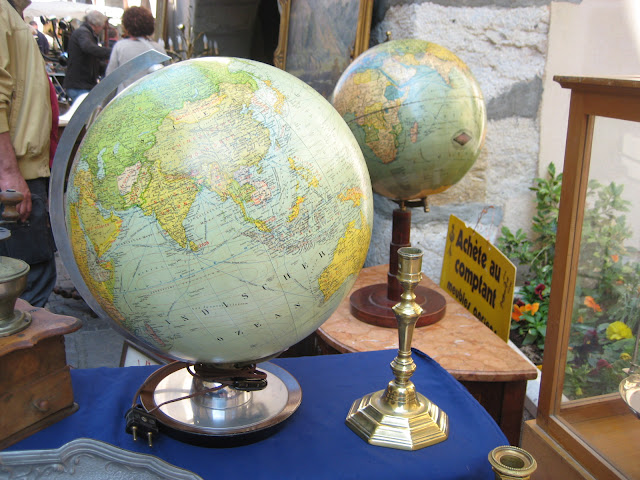 Another of my favorite objects had a strong showing: there were many varieties of globes. 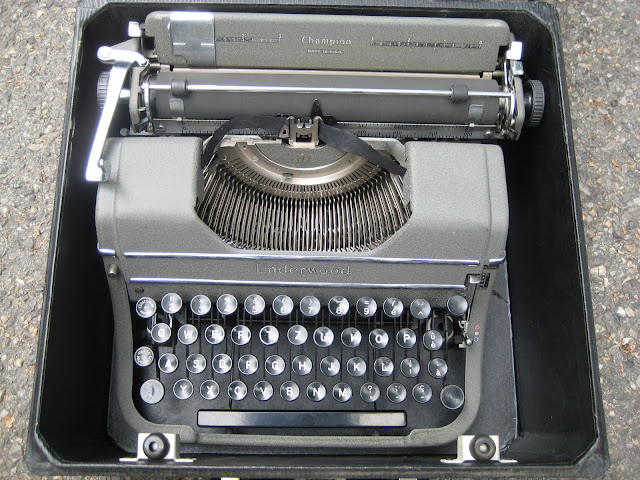 Back to our local flea market, a couple of weeks after Annecy. We spotted this Underwood Champion nestled upside down in its box, all the better to show it off. 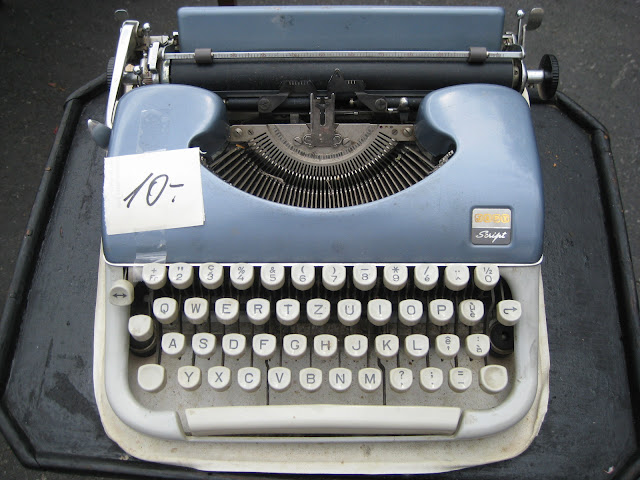 A Japy Script that had seen much better days, obviously crying out for a good soak in Evapo-Rust! 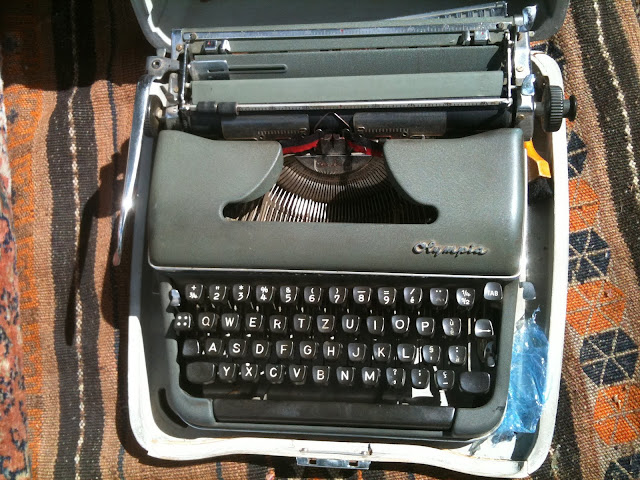 A forest-green Olympia SM-3 that evoked fond memories of the one I used to have. 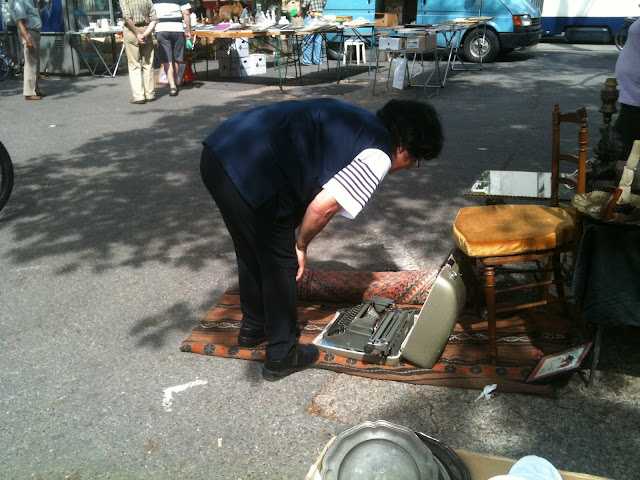 A very interested potential buyer - I didn't stick around to see how it ended up, but she spent quite a good amount of time fiddling with the typewriter, so hopefully it found a new home with her. 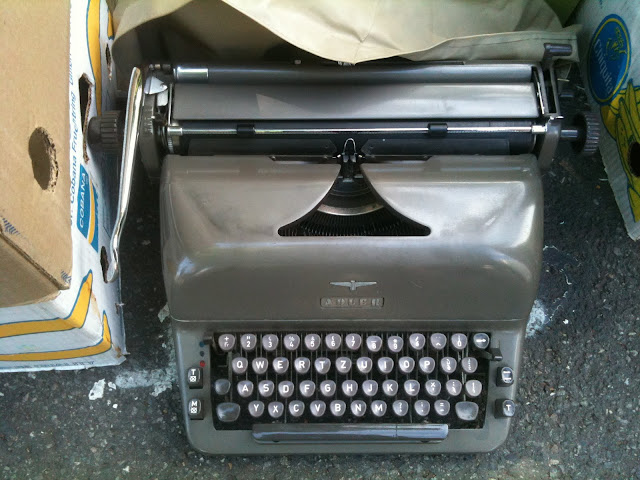 A handsome Adler standard, which bears an uncanny resemblance to the Hermes Ambassador. I like how the keys are the same exact style and shape used on the '50s Tippas, which are about a fifth the size of this behemoth... 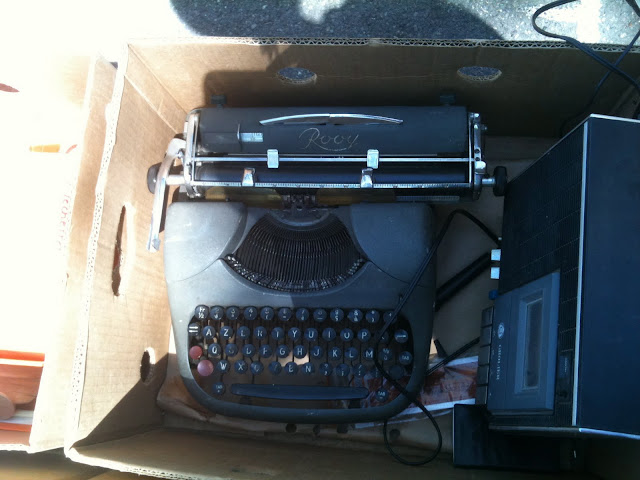 Just yesterday, we saw... a Rooy!!! How about that? A non-portable one this time, and with the dreaded azerty keyboard. But still, a very nice sighting - just look at those massive gull-wing ribbon covers. 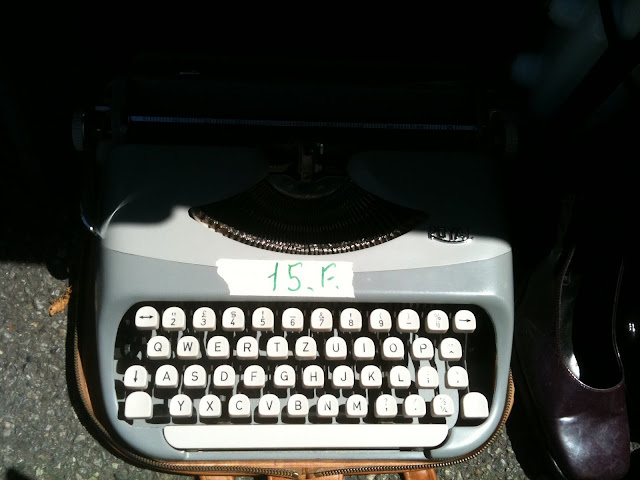 Terrible picture, but I feel the need to prove that I actually saw a Royal Royalite in person, finally! I was tempted - it was after all portable and reasonably-priced - but the elite typeface and plastic body (I never knew these were plastic) dissuaded me.

Not pictured are various Hermes typewriters (as usual :D), or the Olivetti Lettera 32 that I came across while perusing a neighborhood garage sale yesterday. The owner was very eager to sell it, offering it for $8 (a very reasonable price, I might add) and swearing to its immaculate working condition. But it had one of those weak vinyl cases, and I sauntered on.... eventually coming across a lady selling an unused Nook Color, which I left with instead. (I know, I know. Sigh.)
Posted by Adwoa at 10:06 PM
Labels: Eye Candy