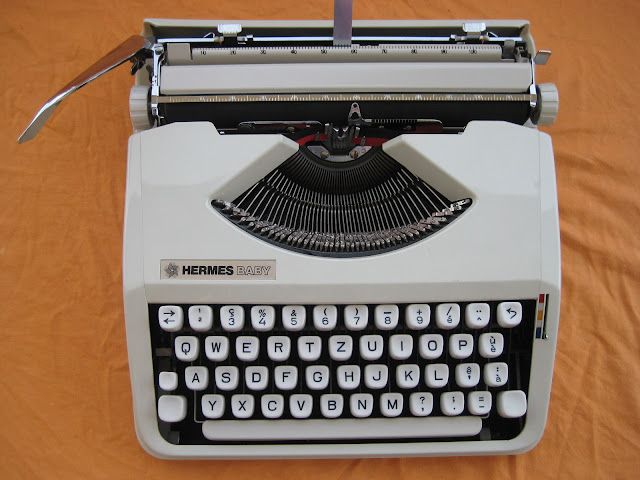 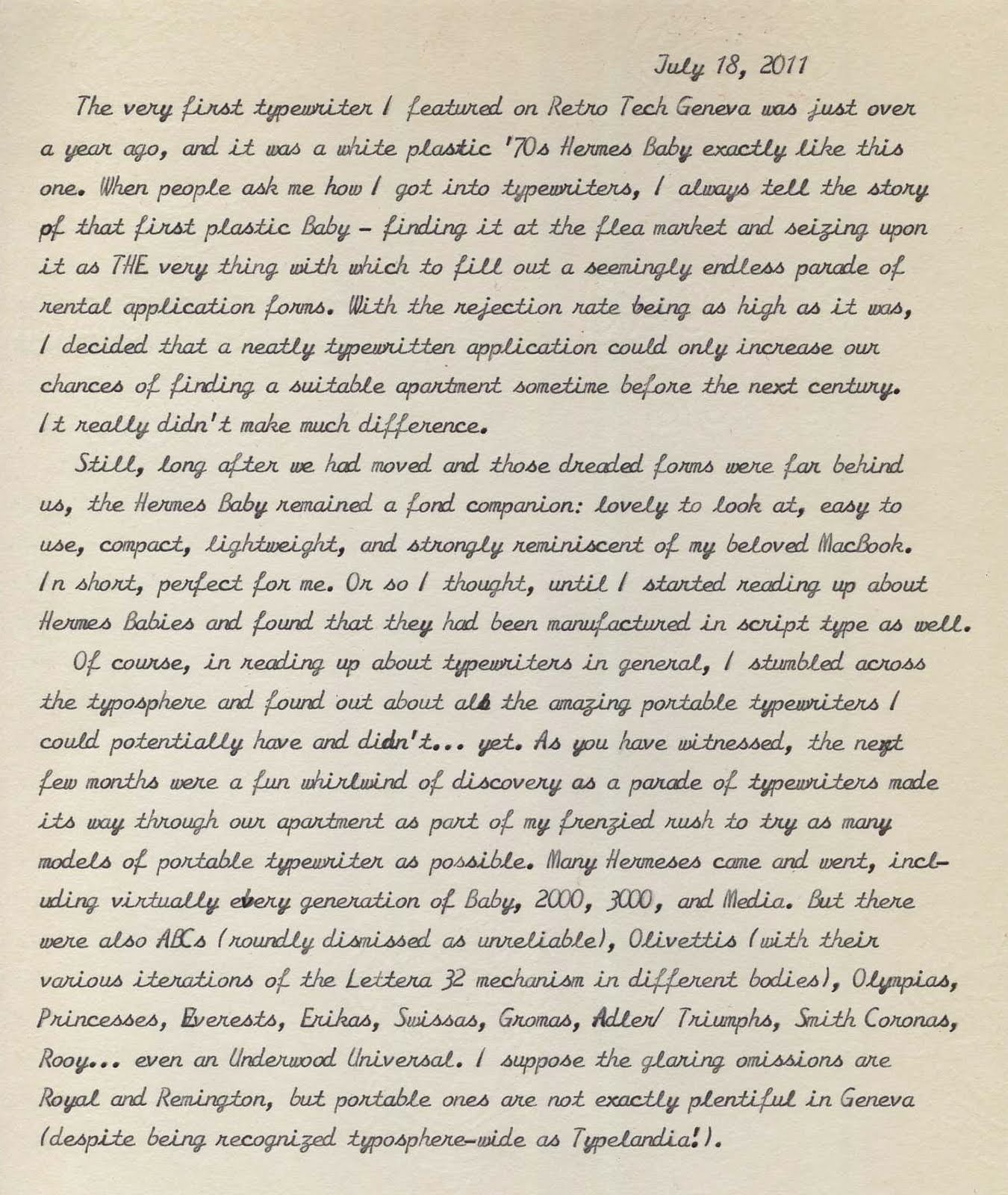 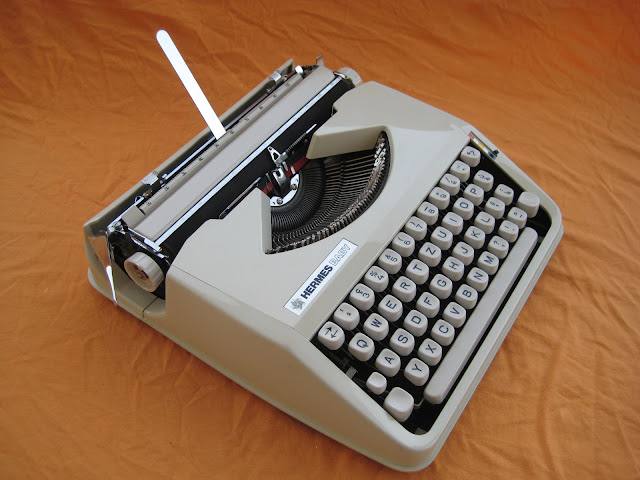 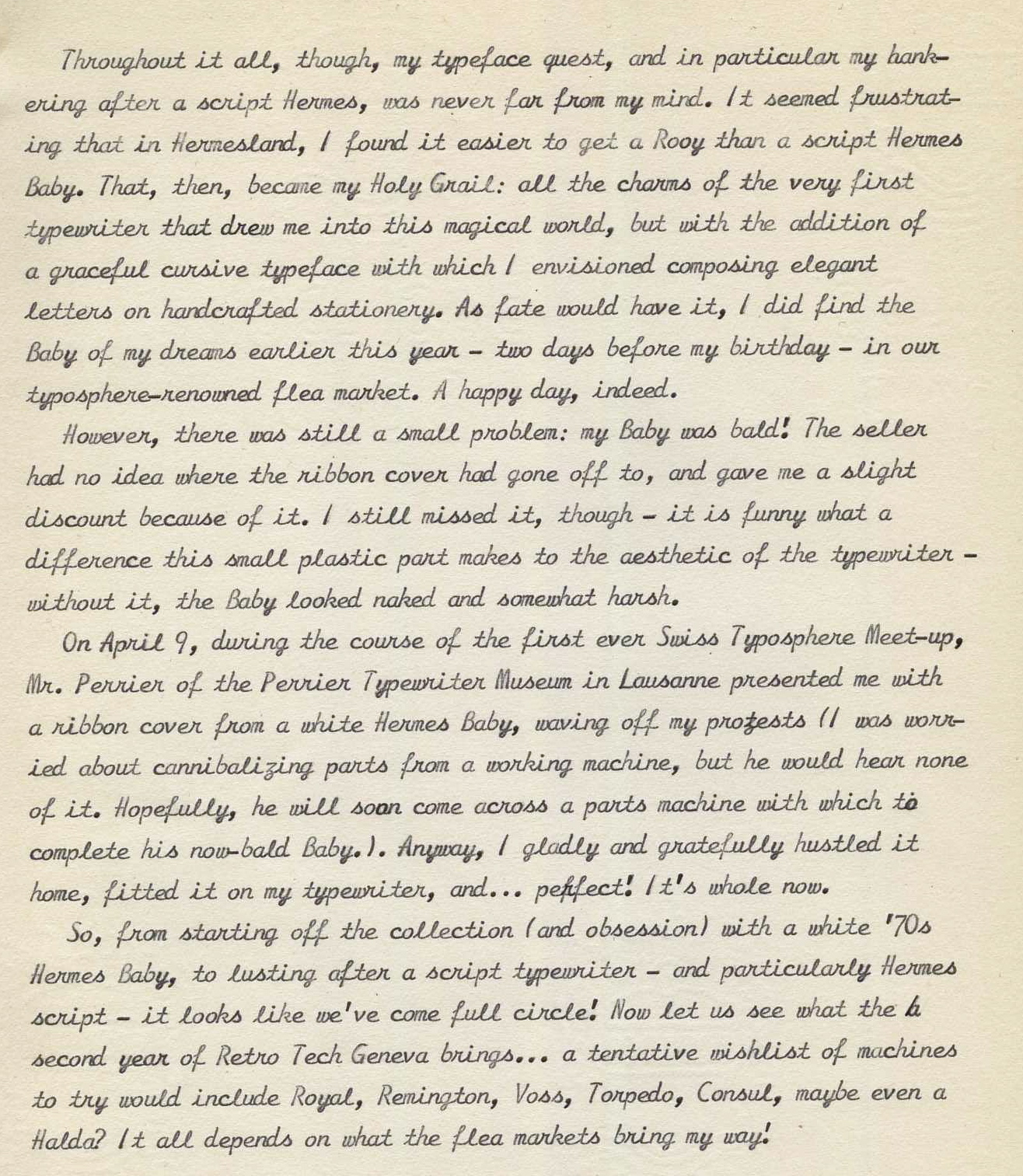 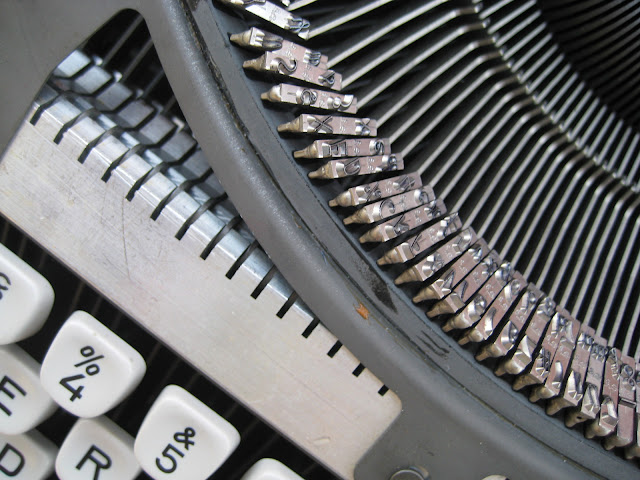 One thing I really appreciated about this Hermes Baby was that it was extraordinarily clean when I found it - I haven't had to dip and dunk or get rid of decade-old caked-on grease. It's fun sometimes, but it's also nice not to have to worry about it. Sure, she may not be the best typer mechanically - a rather shallow typebar arc and a plastic feel - but at least I can be fairly sure that I received it in the state Paillard (the manufacturer) intended. 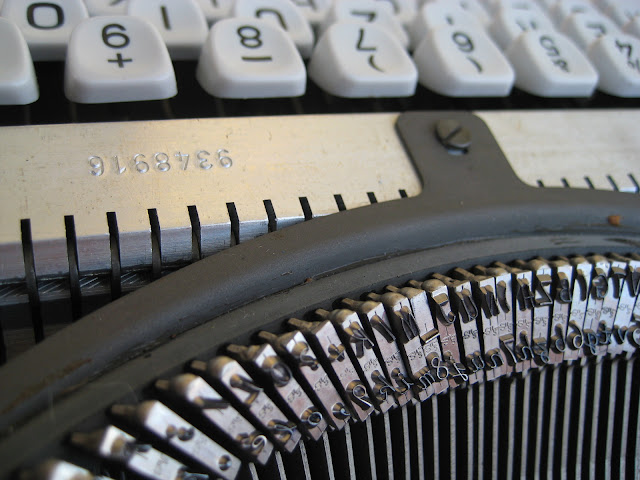 The serial number in the mid-9 millions indicates, as per Georg's write-up, that this dates from circa 1973. 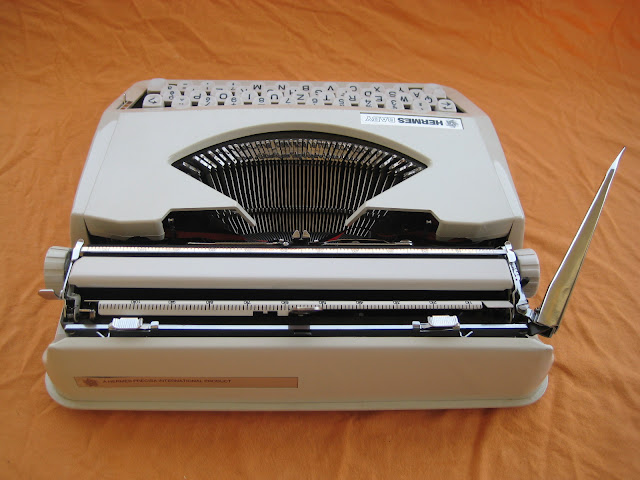 Even then, it seems companies were not likely to gloat about their outsourced manufacturing. While all the Hermes typewriters made in Switzerland in the '50s and '60s proudly declared it, the badge on this just says "A Hermes Precisa International Product". It was most likely made in Brazil, and probably is of the same generation as the very first cursive Hermes Baby I spotted on Flickr and lusted after for so many months.

Here is a link to the first typewriter, a Hermes Baby, that I posted on the blog last July.
Posted by Adwoa at 7:37 AM
Labels: Hermes, Script/ Cursive, Typecasting