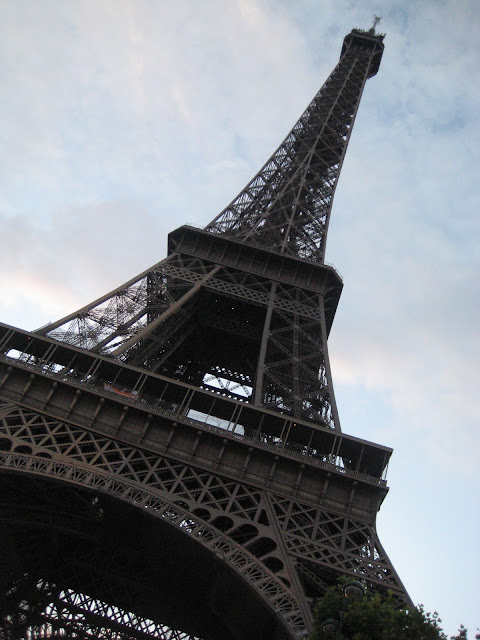 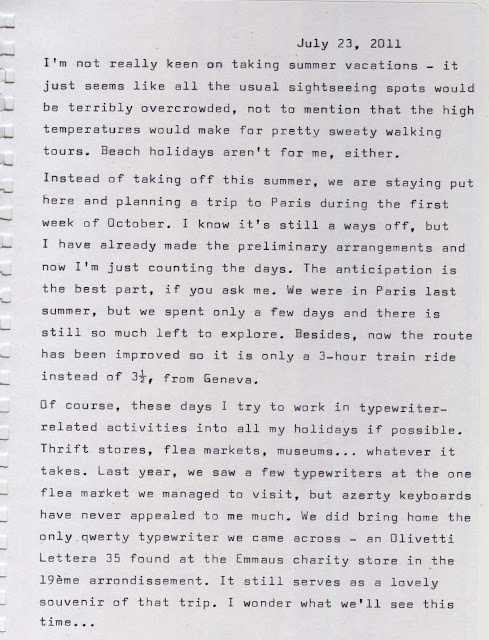 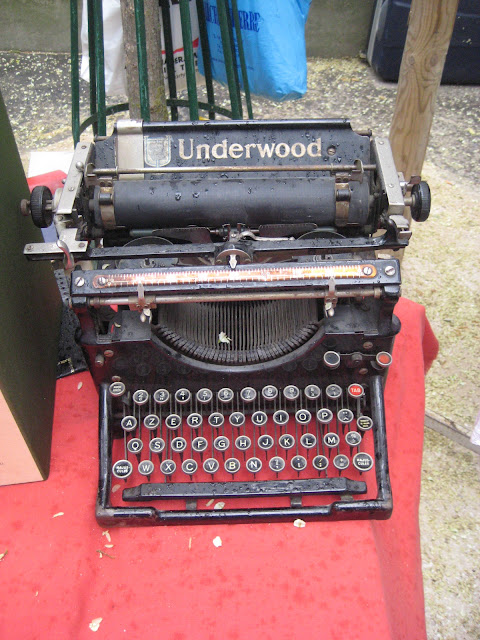 The flea market - this was in a place called Vanves, I believe - was not exactly bustling since it had just started to rain when we got there. However, we did see a few typewriters including this classic Underwood 5... 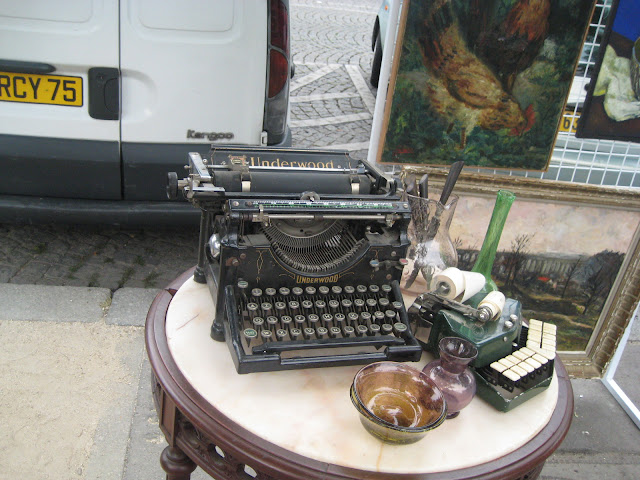 ... which showed up again on another seller's table, accompanied by a stenographer's typewriter (anyone know how to use one of these? It all seems terribly complex to me.). 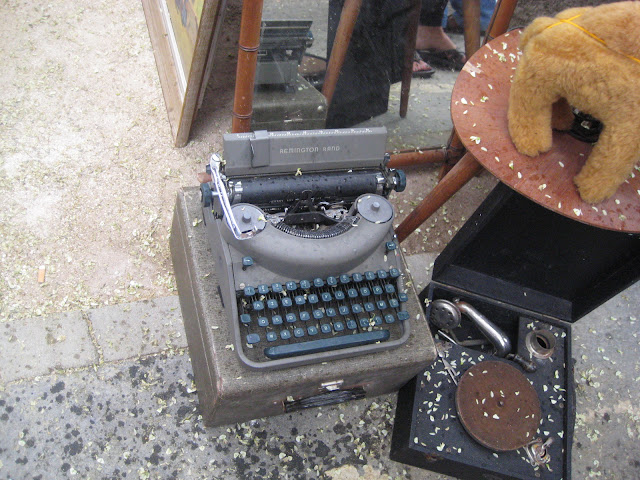 A Remington Noiseless that I rather liked. 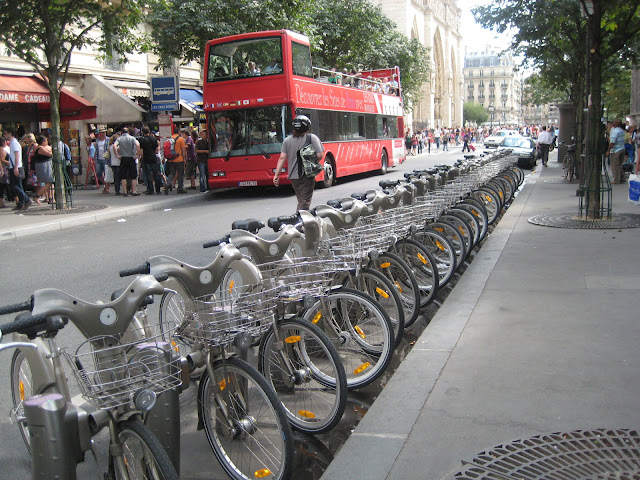 Speaking of retro tech, a whole horde of these Velib bicycles have invaded Paris over the past few years, but I still haven't worked up the nerve to try one yet. I wouldn't mind the quieter streets, but navigating the grand boulevards with the same level of insouciance French cyclists seem to muster up despite having to fight for space with buses, taxis, cars, trucks, scooters... it's a tall order.
Posted by Adwoa at 9:46 PM
Labels: Eye Candy, Typecasting