A Festival of Badges I never saw a typosphere meme I wasn't keen to join in on! Let's start off with Herr Baggenstos's discreet label on my army-green Hermes 2000. This undoubtedly refers to August Baggenstos, who had a well-known outfit in Zurich and distributed many Hermes typewriters, as you can see on Georg's site. There is still a Baggenstos A. & Co. office machine company near Zurich listed in the phone directory... 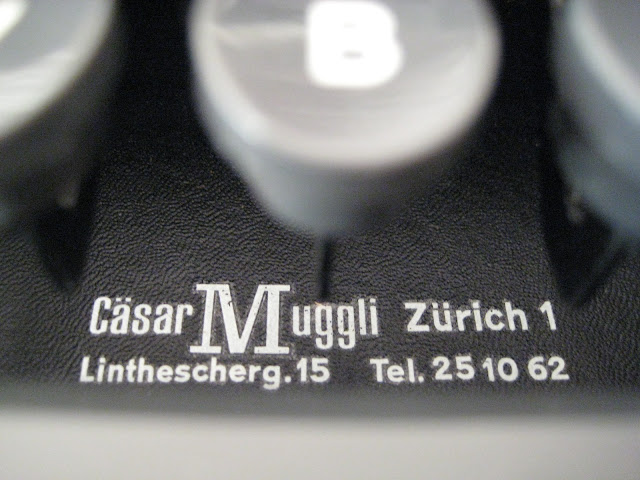 Peeking in between the keys of my Underwood Golden Touch, one can see the stamp from Caesar Muggli branded on the bottom of the case. It is a discreet place for the badge, and does not mar the typewriter's appearance in the least. 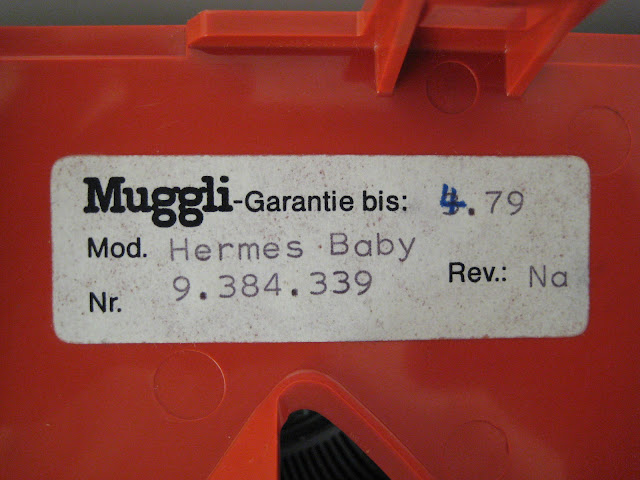 Muggli apparently also sold my orange Hermes Baby, and again the label is under the ribbon cover, so quite unobtrusive. The Hermes Baby was guaranteed until April '79, and I can't help but notice that the typeface used for filling in the label is none other than Hermes Epoca. (I looked up Muggli in the phone book, but there's no trace of him.) 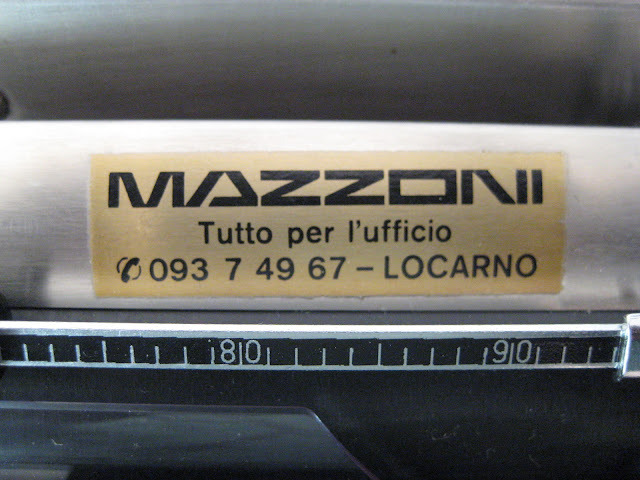 Signore Mazzoni was not afraid of marring this Adler Tippa with his labels. This one appears on the paper table... 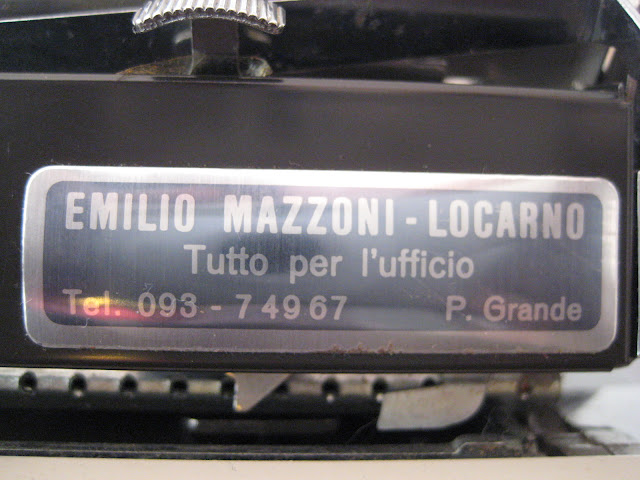 ... and here's another one on the back of the typewriter. His aggressive marketing must have paid off, as there is still a Mazzoni Office Supplies company listed in Locarno, and they even have a website at www.mazzoni.ch. 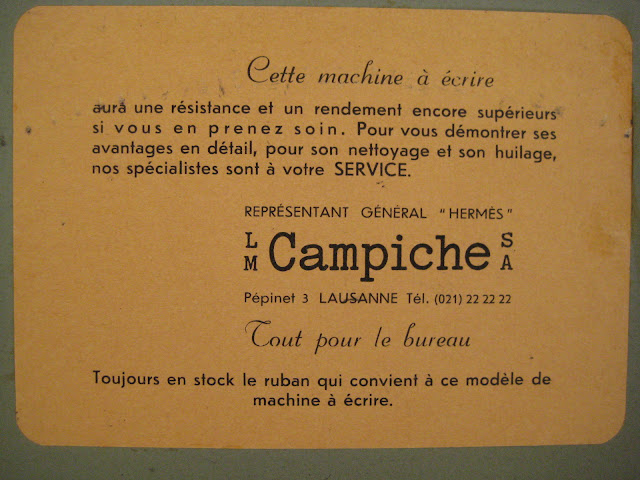 Moving closer to home, I would be remiss not to mention L. M. Campiche SA, an absolute giant in the distribution of Hermes typewriters in Western Switzerland, judging by the many labels of his I have come across. This warranty, which invites users to bring the typewriter in for cleaning and oiling (hey, I guess they have to make their money somehow) is to be found on my '58 Hermes Baby. 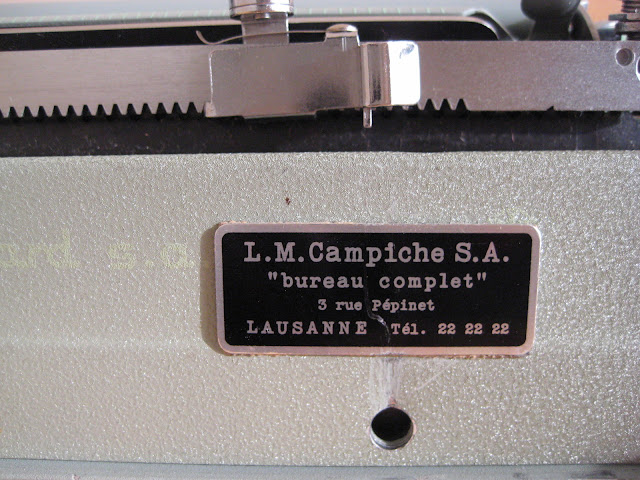 Here it is again, on the back of the same typewriter. There doesn't seem to be a Campiche office machines business in Lausanne anymore, but one wonders if this Campiche is related to the typewriter collector Philip Campiche: http://www.collection-machineaecrire-campiche-hermes.ch/ 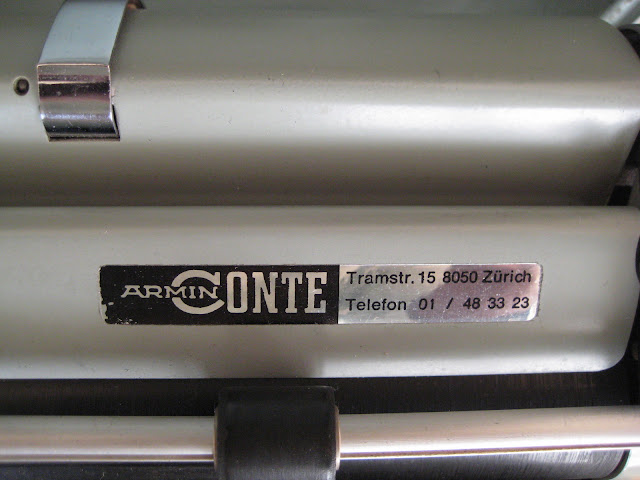 Back to Zurich, this Hermes 3000 originally came from Armin Conte's shop. However, a phone book search shows no Armin Contes in the office supplies business. 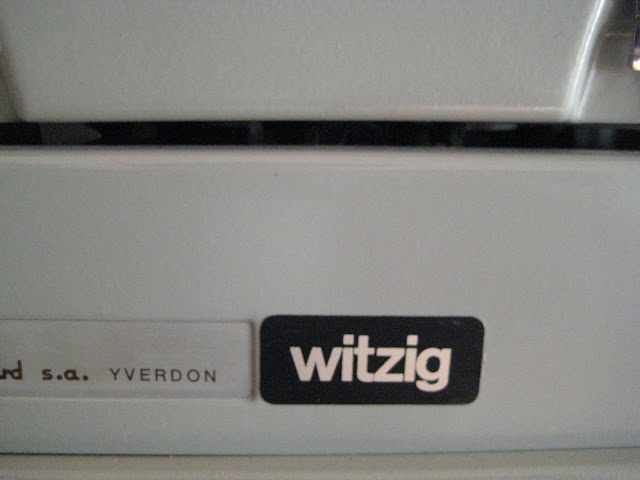 Witzig was very subtle with the label on this boxy metal Hermes 3000. I never noticed it until I went looking! Witzig the office supplies provider appears to still be around and may be visited on www.witzig.ch. 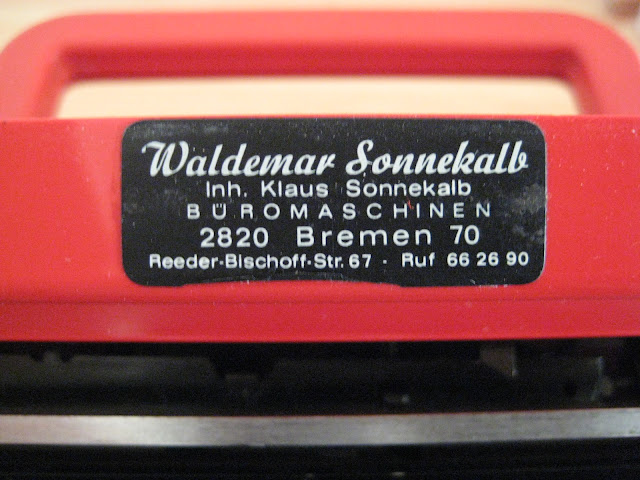 To switch it up, here's the badge on our Olivetti Valentine. We purchased it from Germany, and it seems the original shop was located in Bremen. 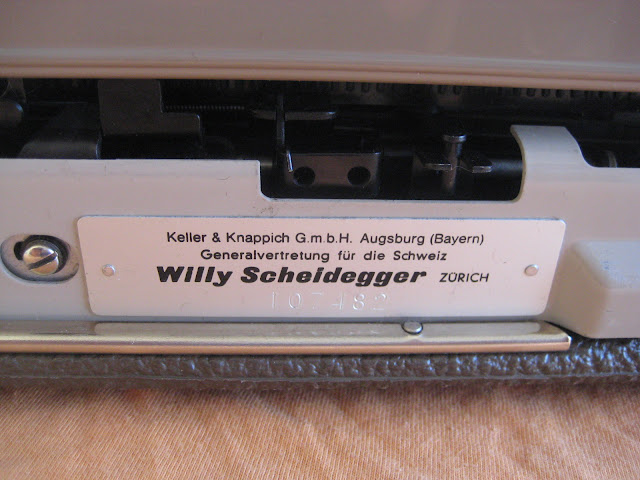 Finally, Willy Scheidegger. More of a typing instructor than a repair shop, but still noteworthy.
Posted by Adwoa at 10:23 PM
Labels: Eye Candy