Let's get right to it: this is a picture post, after all. With pictures of the European-manufactured typewriters spotted for sale at Retro Technica 2011 (yes, the last post in the series will be about the Americans - a good strong showing this year). First, I will present The One That Got Away: 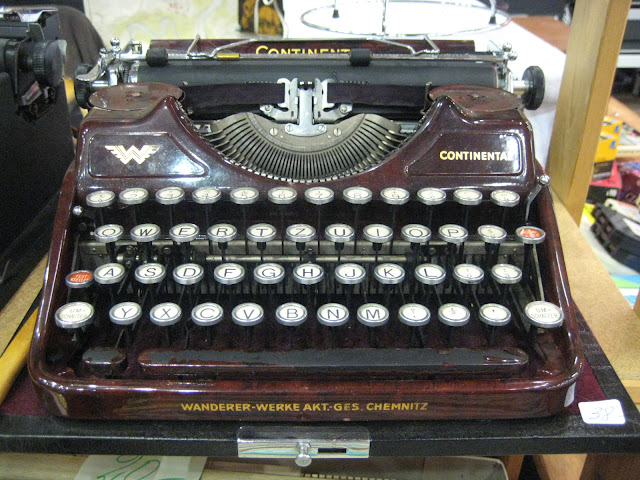 I really did like this Continental, and I was kicking myself for not having checked it out more thoroughly the first time around (so that if it had, say, an easily-detectable-but-hard-to-fix mechanical fault, I would have felt better about not being able to purchase it). After this one eluded me, I could have chosen either this: 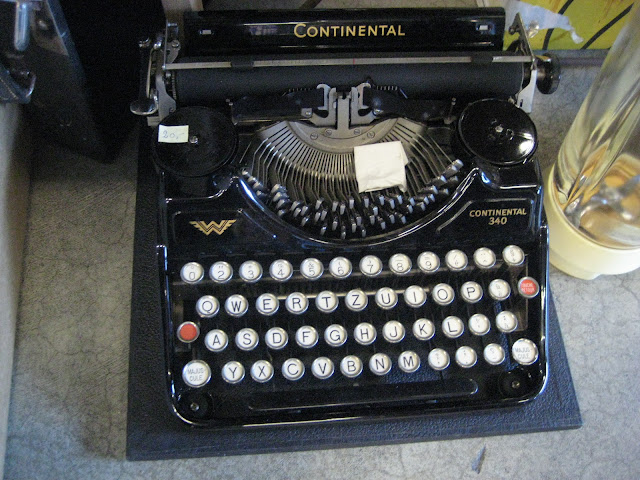 ... which was interesting but I don't know if I like the look of all those jagged keys in the type basket! Notice how it has a 0 key but not 1. I'm suffering from black typewriter fatigue, though, so I chose to pass it up. This was a distant third choice: 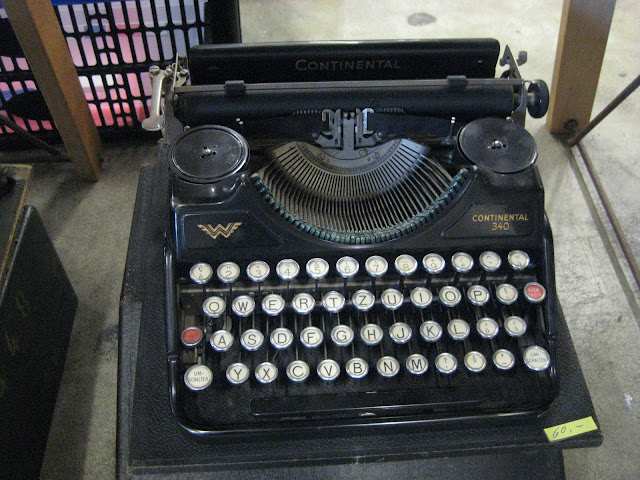 ... although its "teeth" are nice and straight. So, yes, if I really wanted to go home with a Continental I could have had one, but I decided that so much pining after typewriters had to be unhealthy, and I went home to count my many (typewriter-related and otherwise) blessings. 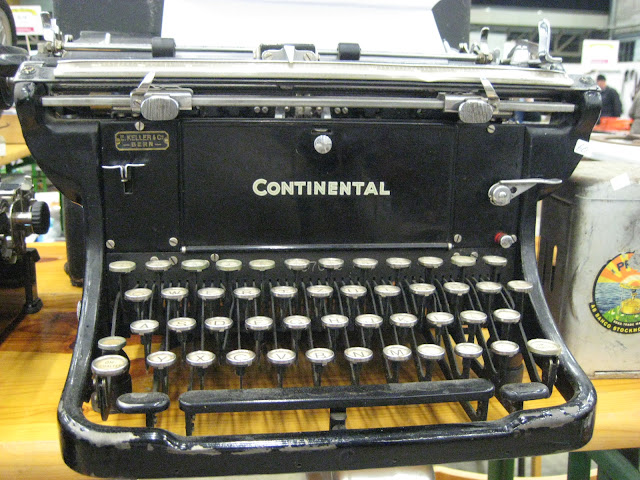 Before I get off the subject of Continental typewriters, here is one more. A standard this time. Ok, now on to another brand: 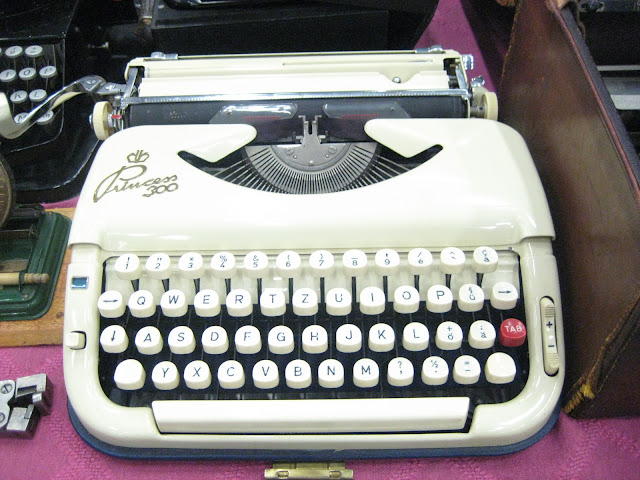 Princess! A beautiful Princess 300 on Stefan Beck's table (he's a rather well-known collector around these parts). I like Princesses, but I have just one and it is absolutely lovely, so I only have eyes for her. 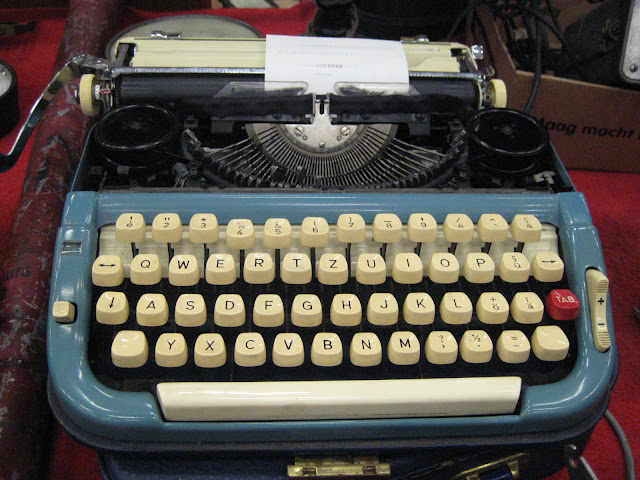 An identical Princess 300 - oh, wait, this one is blue and its ribbon cover is missing. They always look so sad that way, I find. 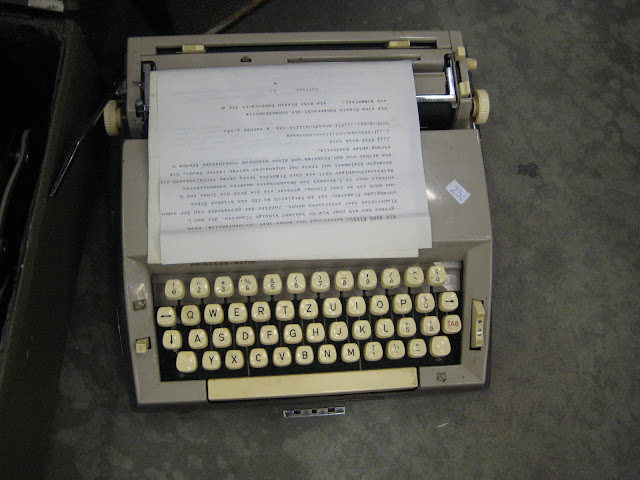 And even more Princess - a later one this time, the Princess 500. It looked like this was marketed and sold by the Scheidegger Typing School, and the typeface is the same distinctive print style that my own Princess-Matic has. 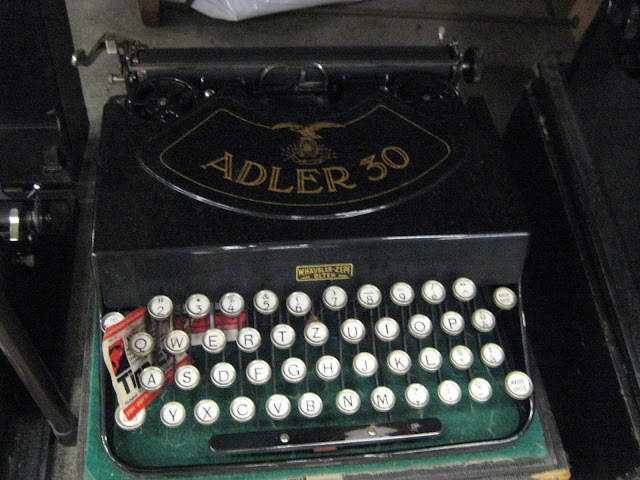 The Germans continued their strong showing with this Adler 30 - 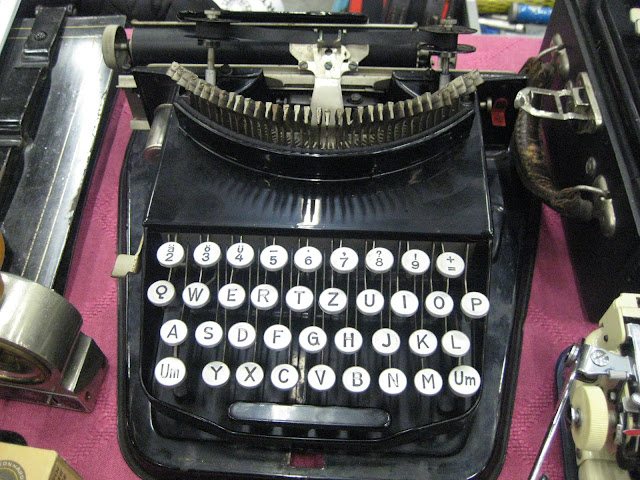 As well as this Bing (no visible labels, but I believe that's what this is) - 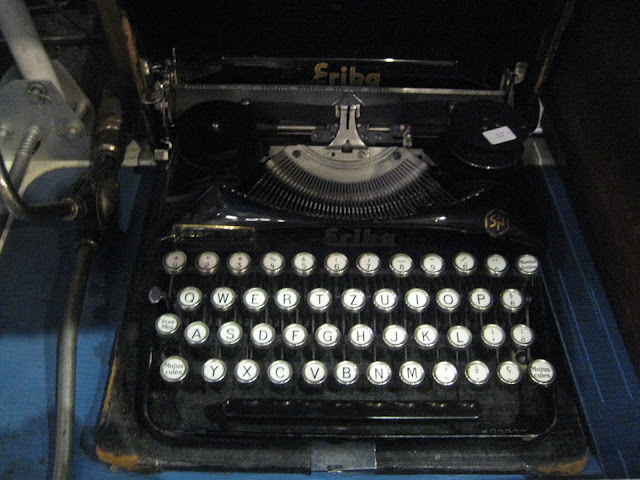 A very nice Erika 5 that would have been tempting if I had not already received one from Georg ;-) 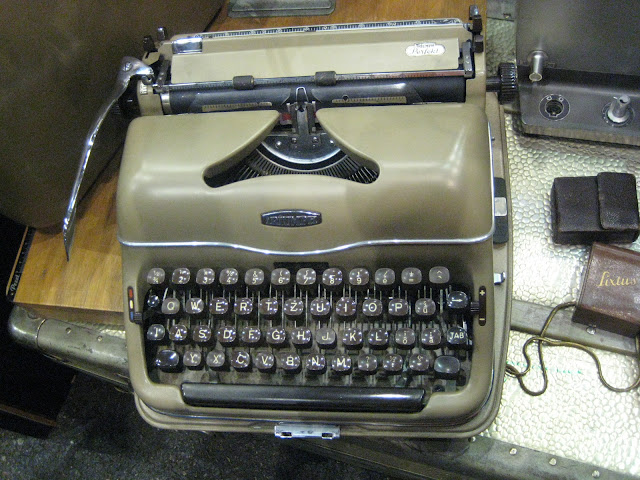 A rather fetching Triumph Perfekt; whose color scheme perfectly matches my '50s Tippa; 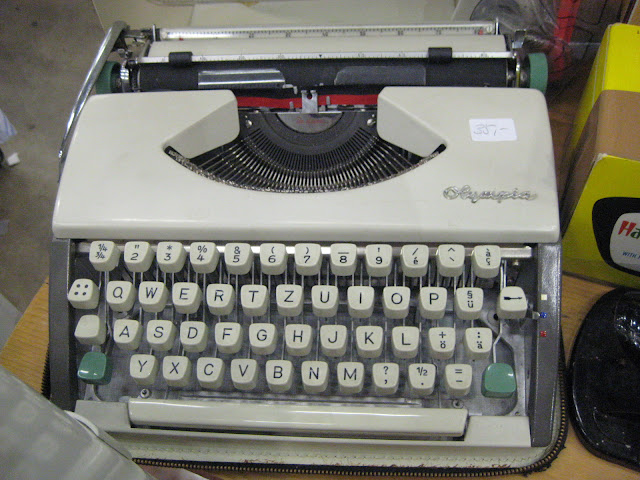 And finally, an Olympia SF. So, between these and the Hermes typewriters already shown, it can be concluded that Switzerland and Germany made a strong showing, which is to be expected, I suppose. France was left out entirely, but there were a couple of Italian contenders: 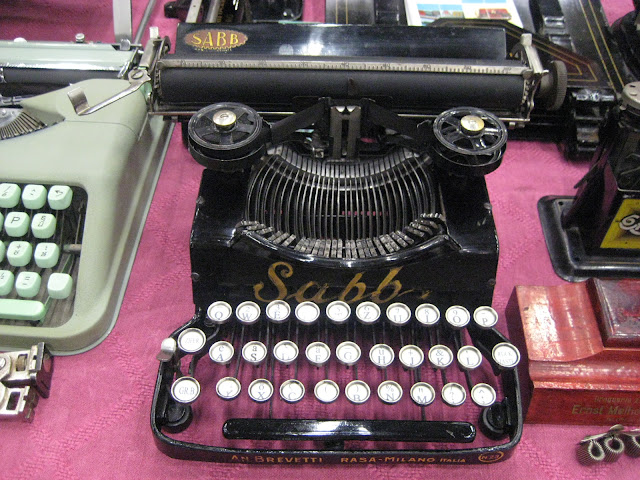 This three-bank Sabb (again from the collection of Stefan Beck) was made in Milano and is really quite rare, by all accounts. 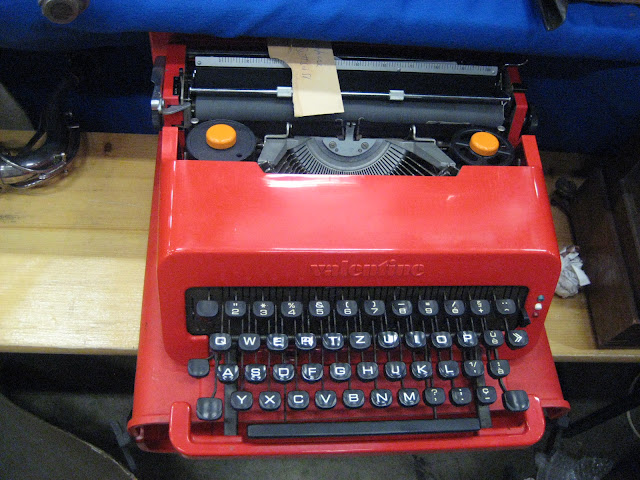 Whereas this Olivetti Valentine is the exact opposite! Funny how that happens.

The final European was from Sweden, representing the rest of the continent with this lonely Facit: 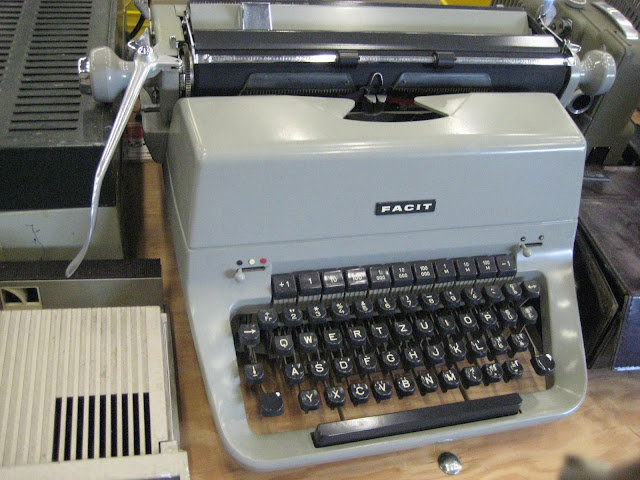 In a couple of days, we'll see how the Americans stack up...
(Apologies for posting nothing but typewriter sightings lately; there seem to have been so many of them and I know if I don't put them up now I'll never get around to it! After they're all out of the system, I'll see if I can't think of more creative posts.)
Posted by Adwoa at 10:19 PM
Labels: Eye Candy