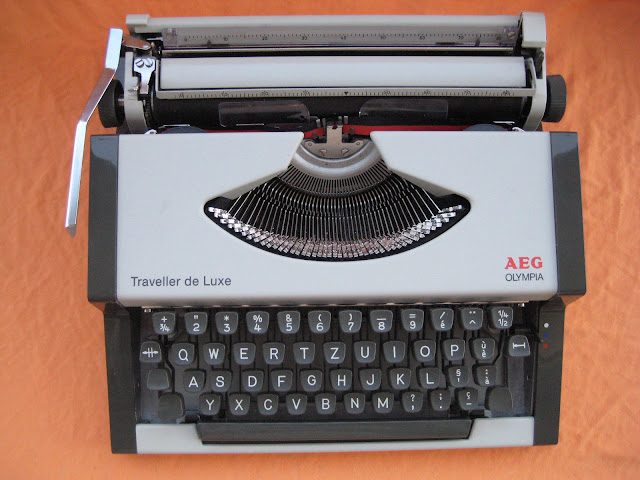 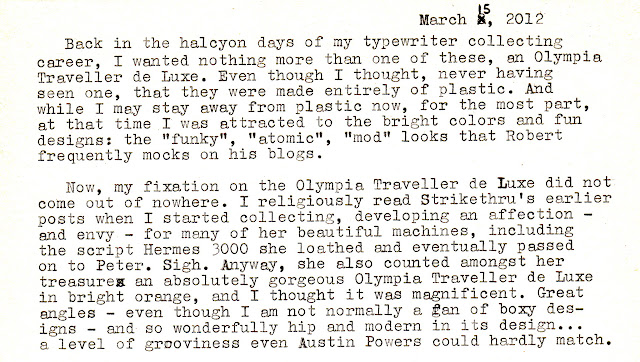 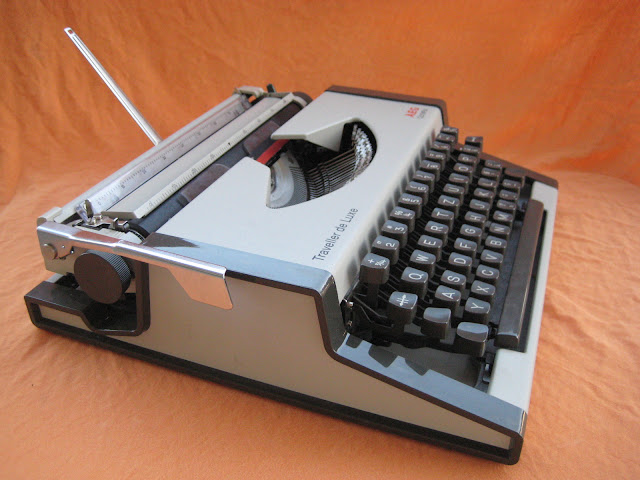 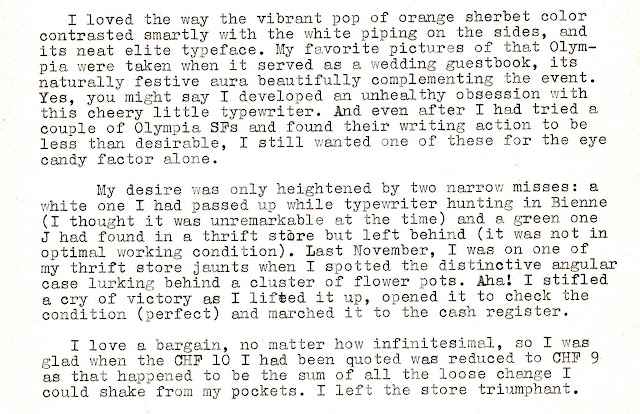 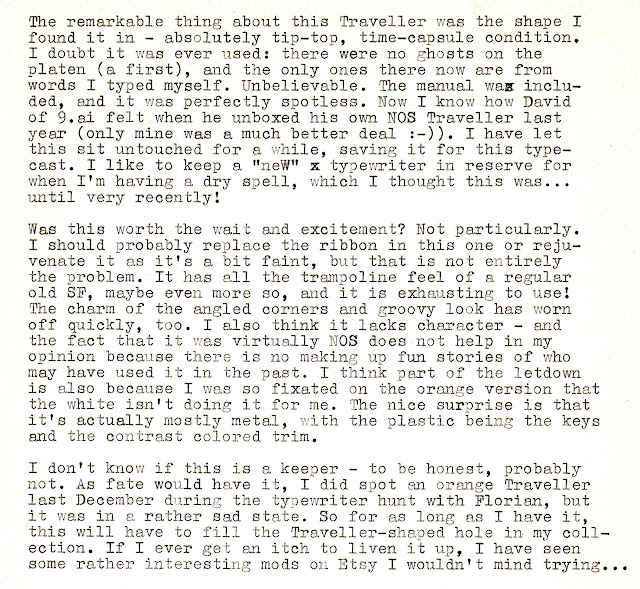 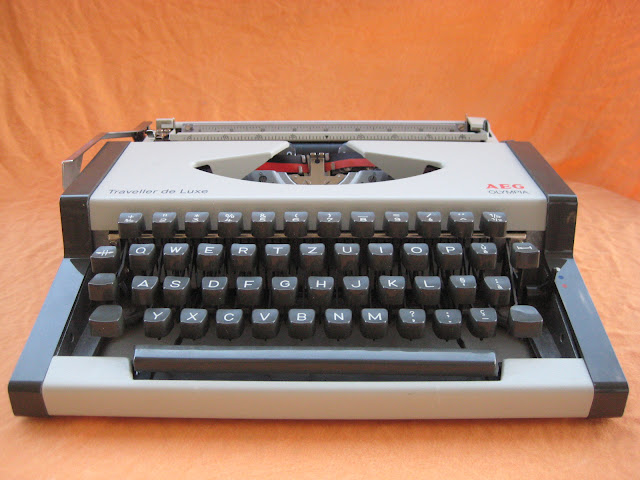 - Have you used the Olympia Traveller de Luxe? What did you think? I know Deek used to have a script Traveller that he later gave away because he found it unpleasant to use, but I thought he was exaggerating because... well, how could anyone refuse a script typewriter???

Now I know better: nothing would make me keep this typewriter. After completing the typecast - a struggle, I assure you - I breathed a huge sigh of relief and said to myself, "Never again." So I don't feel too bad about foisting it onto a buyer, I rationalize that at least it is in pristine condition and would be suitable for occasional typing, or even as a children's toy. Poor kids...

Strikethru's orange Olympia Traveller de Luxe. Now I understand why it was no big loss.
David's unboxing of his NOS Traveller.
Hot-rodded Travellers on Etsy - anyone know what decals this seller is using and/ or how to find some? Looks like a fun experiment, even though I don't think it should raise the value of the typewriter quite as much as this seller thinks.
Posted by Adwoa at 7:47 AM
Labels: Olympia, Typecasting