You may remember this post, in which I gleefully described the acquisition of an Olivetti Valentine for only CHF 10. I didn't need one, and this one was not in working condition anyway, but all the parts seemed to be intact and we decided it would make for a good project: fine if it worked, but fine if not. After all, the various spare parts alone would be worth more than what we paid for it. 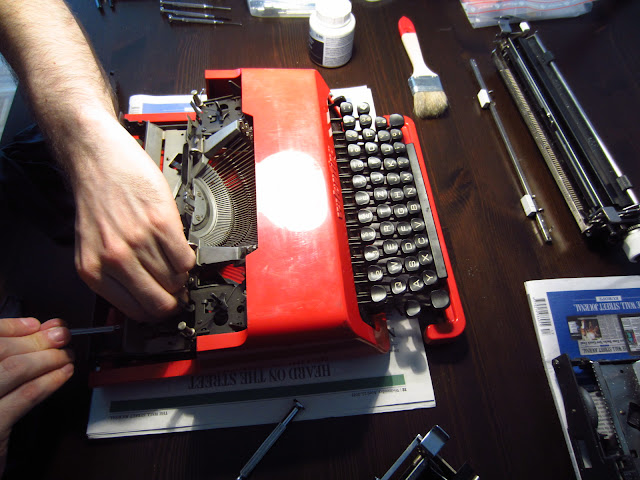 This weekend, J set to work taking the Valentine apart and tinkering with it. The biggest problem was the carriage: it was clean off its rails when we got it, and it soon became clear that we would have to replace the ball bearings (7/8 inch is the right size), find the thingamabob that retained the ball bearings in the carriage, and wind on a new carriage drawband. 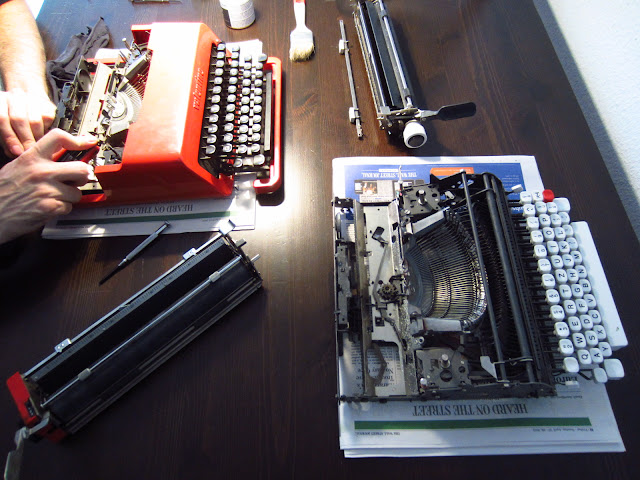 The first and third items might have been easy to find, but the ball bearing retainer seemed impossible to hack. So we acquired a donor machine cheaply - a Yugoslavia-made Olivetti Lettera 35 that was missing its ribbon cover. And then J took the carriage off that as well and proceeded to reassemble the Valentine with the new parts. 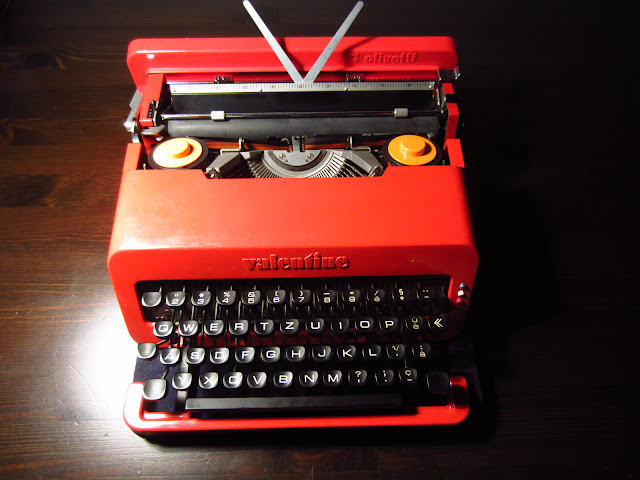 I'm afraid this is where it all took a turn for the worse. We're not experts in typewriter repair, as you can imagine, but putting together the carriage turned out to be far more complicated than we could have realized given that other typospherians seem to do it so frequently, and with nary a bead of sweat to show for the effort. Between fitting in the ball bearings, placing everything just so, sliding it in the rail somehow, installing a new drawband.... all of this took the better part of an afternoon, and J still wasn't satisfied with the result. The balls kept falling out, you see... 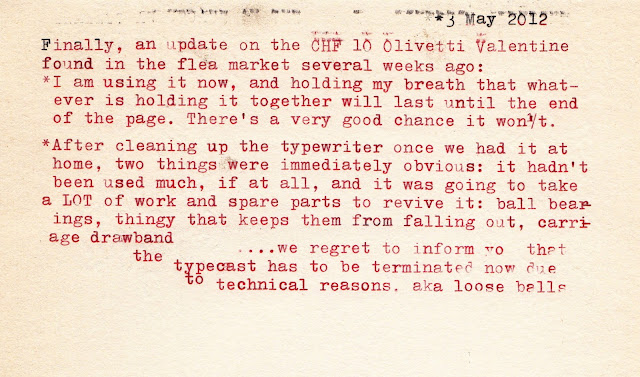 When he decided he'd just about had it, I took the Valentine for a spin, to see if I could eke out a typecast. As you can see, I didn't get very far before the carriage started teetering precariously on the rails, refusing to advance or in any way glide as it should. The balls had come loose. There was much wailing and gnashing of teeth, as hours of work were suddenly rendered futile. 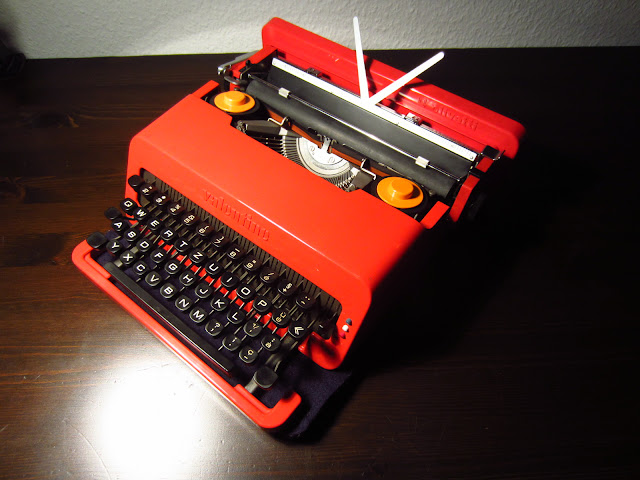 So there you have it. Nice to look at, to be sure, but utterly useless to write with. I'm sure there has to be some way to salvage it: technically, all the parts are there, but we must be doing it wrong. Anyone who has ever taken off and put back an Olivetti carriage have any tips for  us? In what order do the parts go back in? How does one keep the ball bearings safely in place, not having them spill out with each carriage return? Any videos/ pictures/ tutorials we could look at for help?
Posted by Adwoa at 10:50 PM