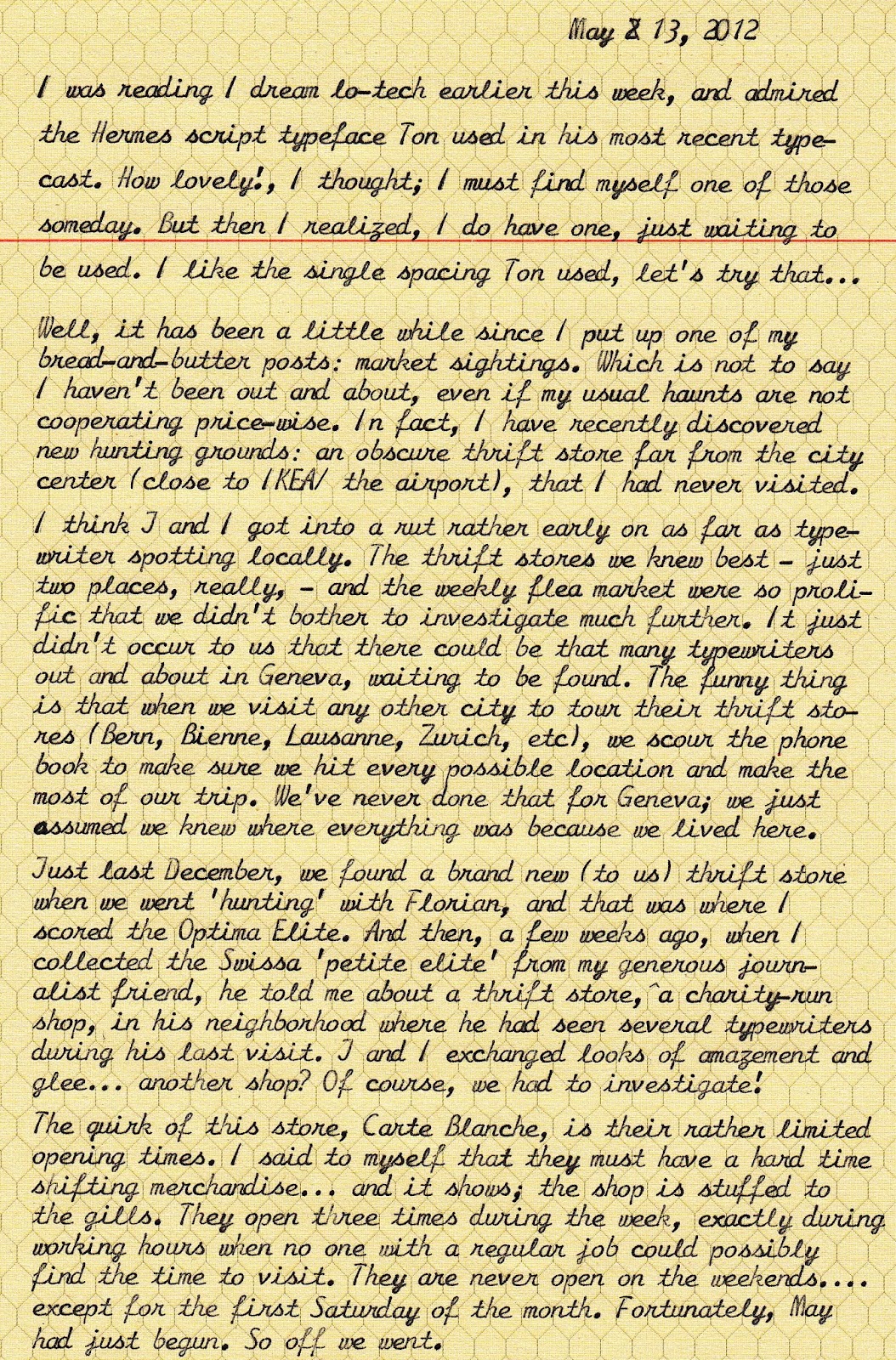 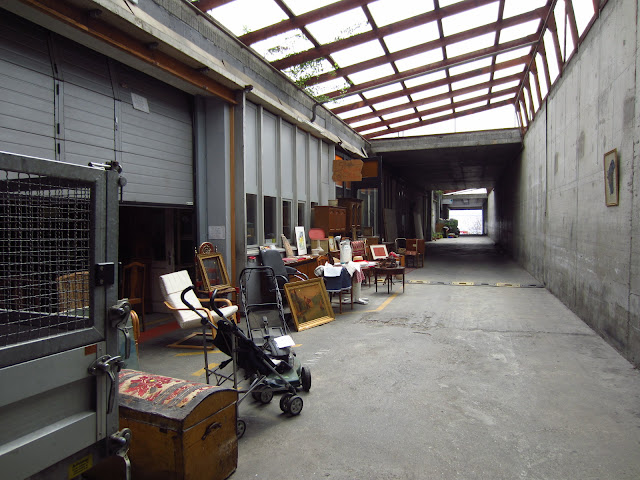 The entrance to the thrift store - full of the usual bric-a-brac, a good sign... 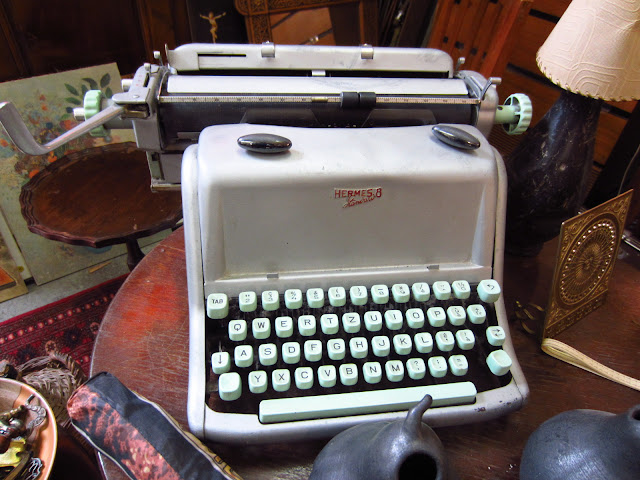 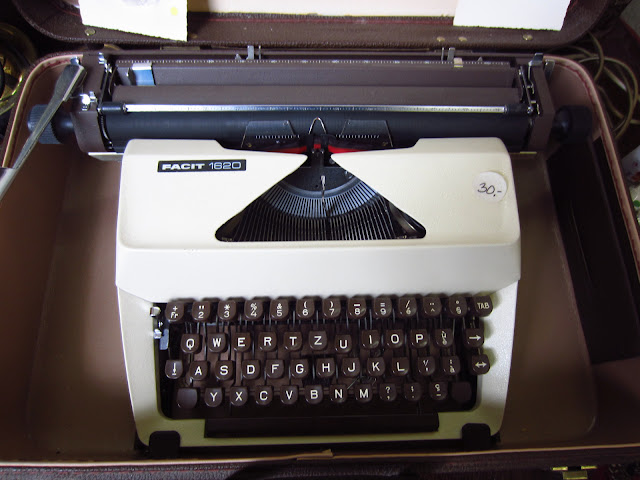 Right next to it, this Facit 1620. There were several machines and none of them particularly special or appealing, so I didn't bother to test any. 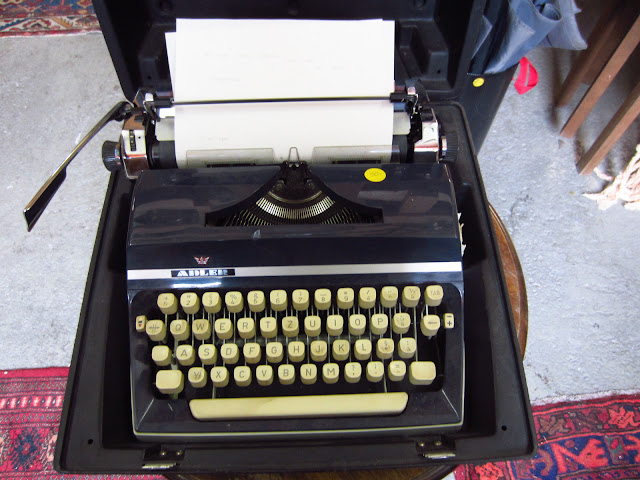 Some already had typing samples due to curious customers playing with them, like this techno pica Adler Gabriele. 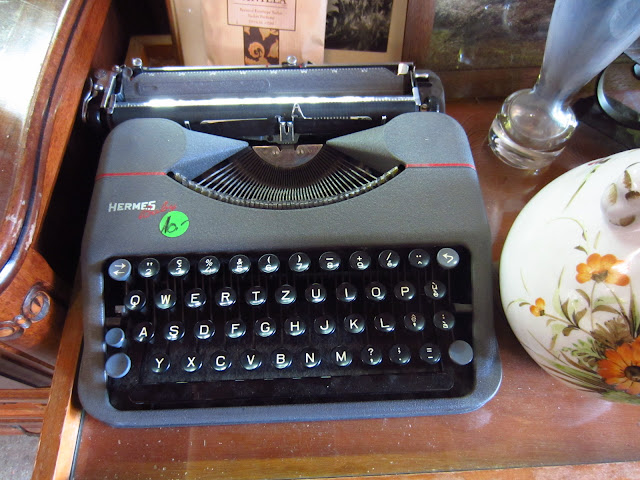 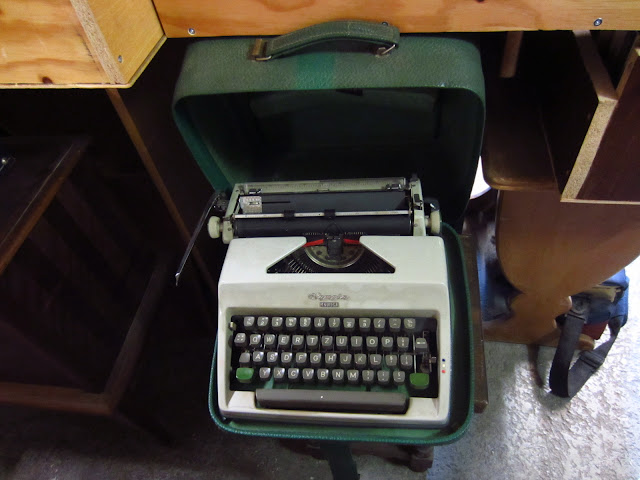 An Olympia Monica (SM-8)... but that case was most definitely for an Optima Elite originally! 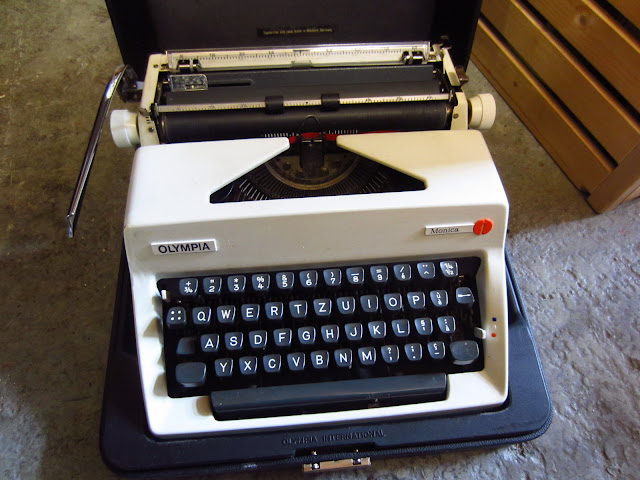 Another Olympia SM-8; the later generation. 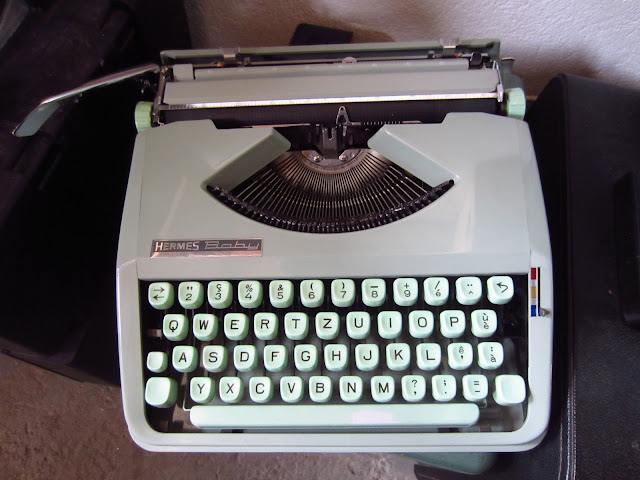 Yet another Hermes Baby. 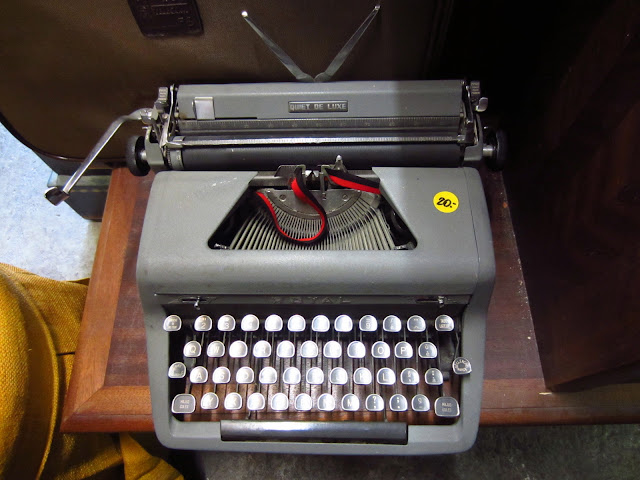 Something different, for a change, an American-made Royal Quiet de Luxe with tombstone keys. Nice. 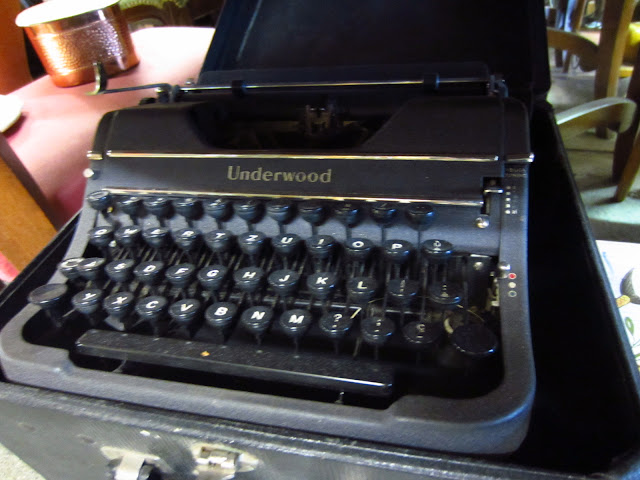 Another American, an Underwood Champion that had been shoved under a table and was consequently difficult to photograph. 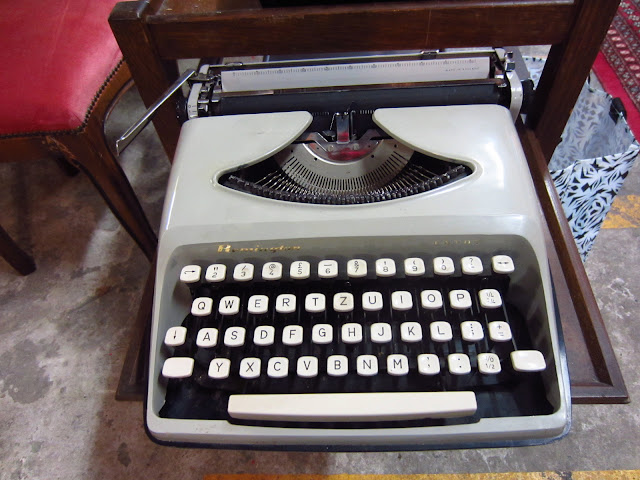 American in name but perhaps not in manufacture - a Remington Envoy. 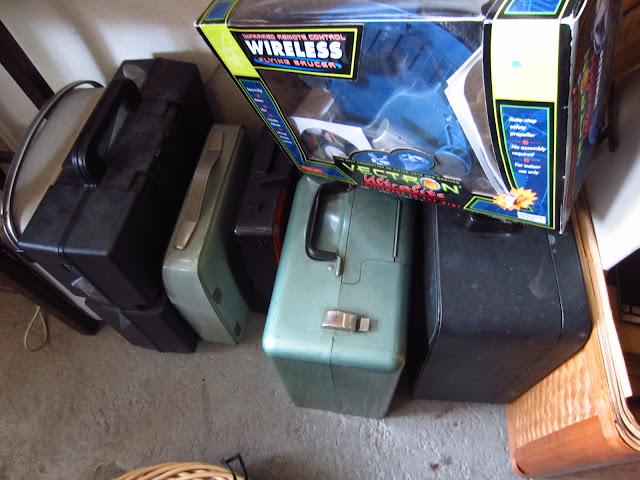 The sewing machine/ typewriter corner, with a couple of machines I didn't bother to drag out and examine - an Olivetti Lettera 35 (second from left), and a red Brother portable that was firmly stuck in its case.

A whirlwind tour, but a nice thrift store and certainly one we'll be putting on the list to hit up a couple of times a year from now on. I doubt the stock changes much, since it is open so rarely I bet they don't move much of anything, but I won't know for sure without visiting again in a few months.

Now, some more sightings from just this afternoon, when we went over to the Carouge neighborhood next to Geneva, which was organizing a community garage sale. There were four typewriters to be spotted, and they were evenly split between: 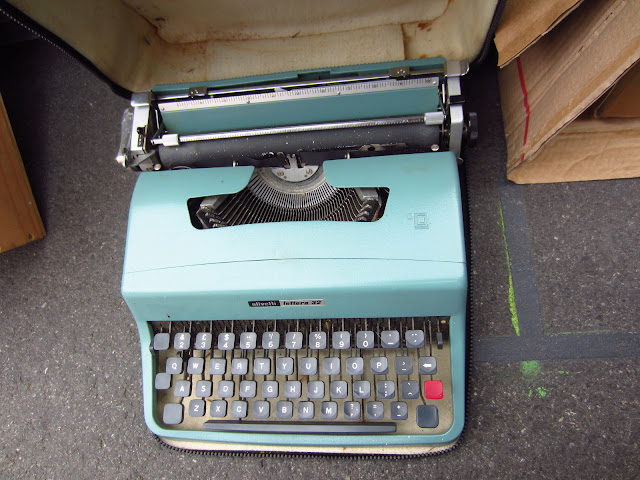 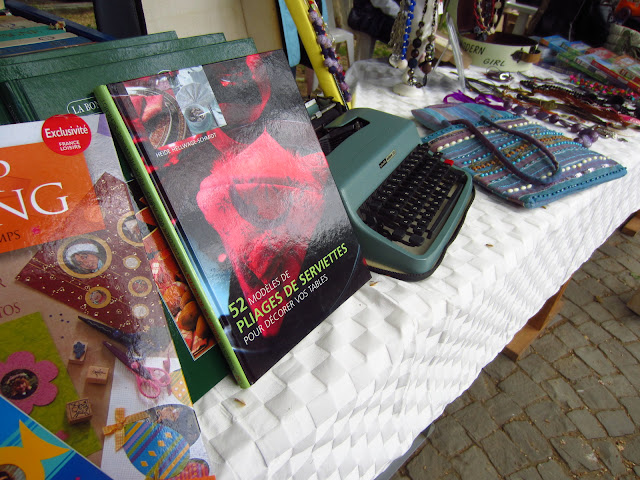 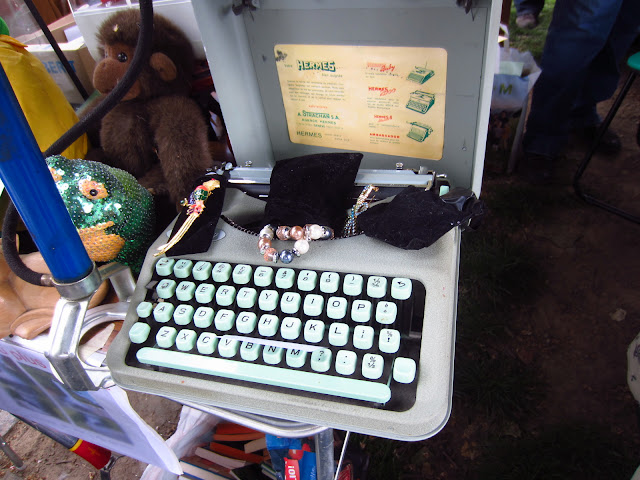 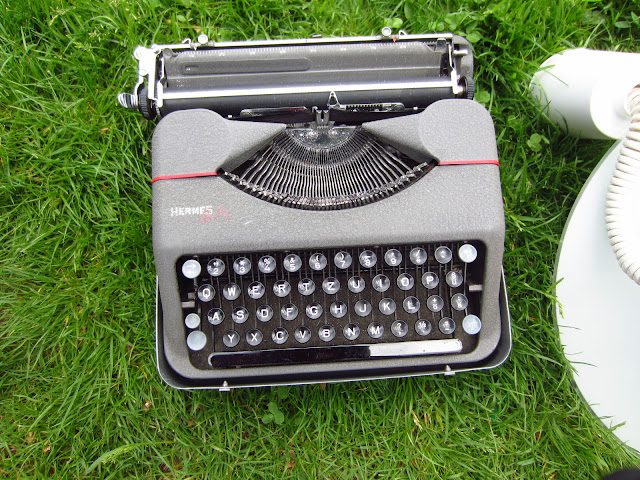