Remington Portable No. 1 - During and After

Some of you are wondering whether the red Remington Portable No. 1 in the previous post is actually a custom paint job - the answer is yes! I am glad the end result looks nice enough to pass for original, though, and indeed I wanted a red one because I knew there had been some red No. 3s made that I liked the look of, but my chances of finding one of those in the wild here are slim to none. 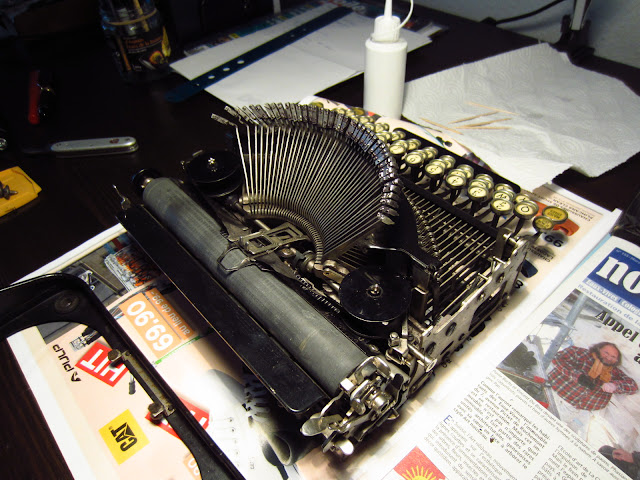 When I told J I thought the original scratched black finish of this typewriter (as I said, it seemed as though a previous owner had been at the logo with steel wool, completely obliterating it) would look better painted over in red, he whipped off the case so quickly I barely had time to take "before" pictures. 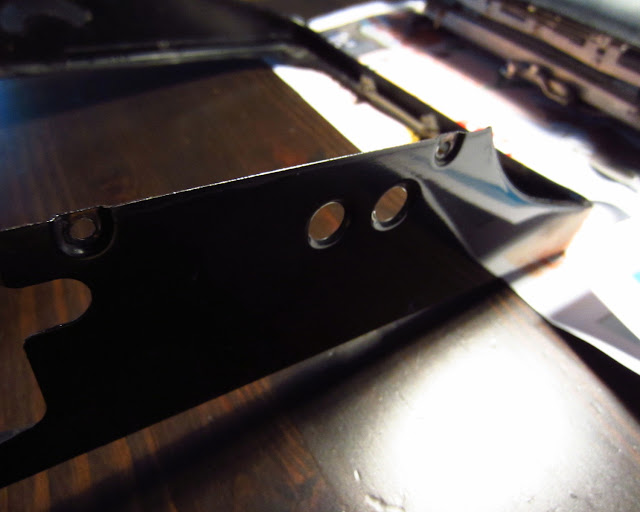 So here are a few blurry pictures taken in progress - this is the body of the typewriter, nowhere near as bad as the ribbon cover, though. 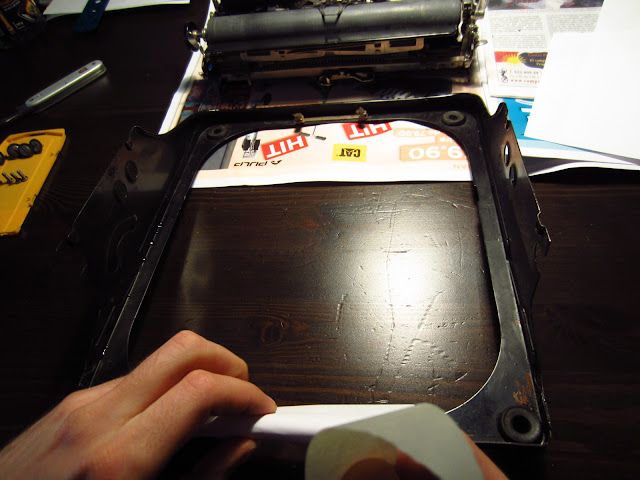 Still, it would have looked half-hearted to paint just the ribbon cover, so we did the rest of it too. There is a two-tone effect at the back I will have to show you sometime, as J masked off the Remington logo in order not to paint over it. 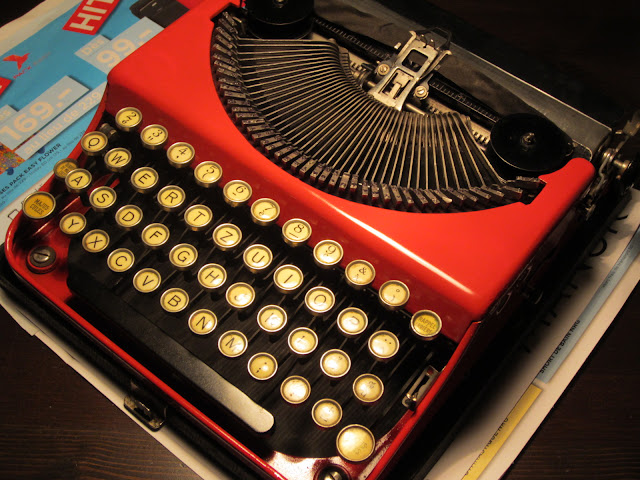 Here it is immediately after the paint cured and J put it back together. Ever the perfectionist, he wasn't 100% happy with the result (apparently he had not let the paint dry completely between coats and there were a few areas where that showed), but I think on the whole it looks very nice and your comments reflect that! 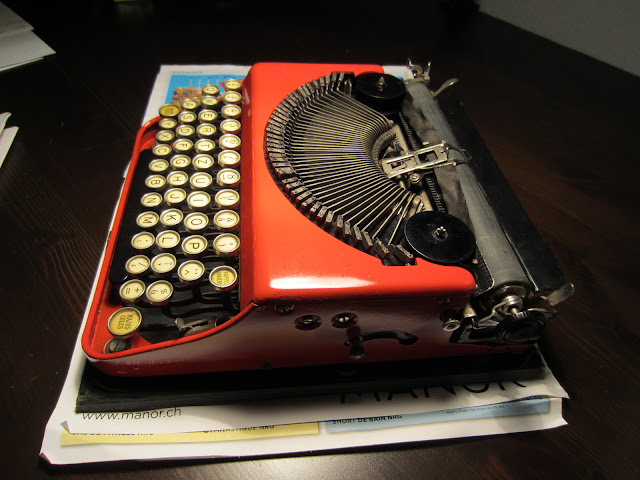 Like Peter, I wonder how this will hold up with regular use - so far I have not held on to the other typewriters we painted (the infamous Lettera 35 and a Hermes Baby in 2010), but I have no plans to part with this one just yet, so we shall be able to see how the paint ages.
Posted by Adwoa at 6:37 AM