I am off to Zurich on Saturday, presumably to attend a friend's wedding, but I'll be sure to get there a few hours before the church service so I can tour a couple of flea markets and make the most of the train ticket (not to mention an almost six-hour return journey). I can't help it; I feel a journey is wasted if I don't take advantage of it to sniff out some retro tech sightings, even if I don't end up buying anything. I have high hopes for Zurich, as Lausanne ended up being quite sleepy, despite the rather exciting retrieval of my Singer Featherweight. Their flea market yielded only one typewriter: 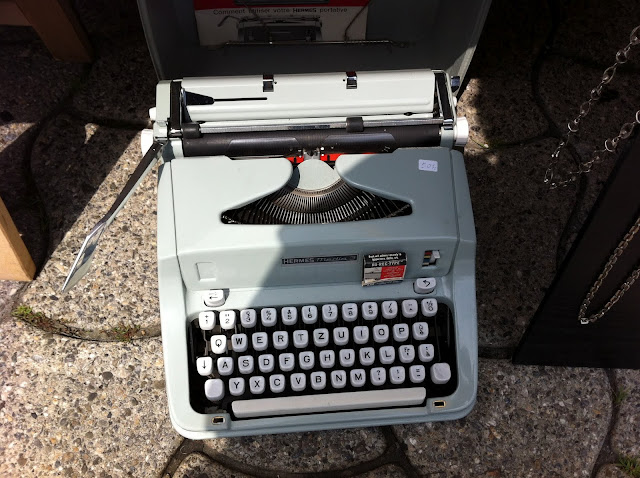 Yawn. In Geneva, this is the sort of thing that gets tossed out in the trash. And I know that because I found one back in February... 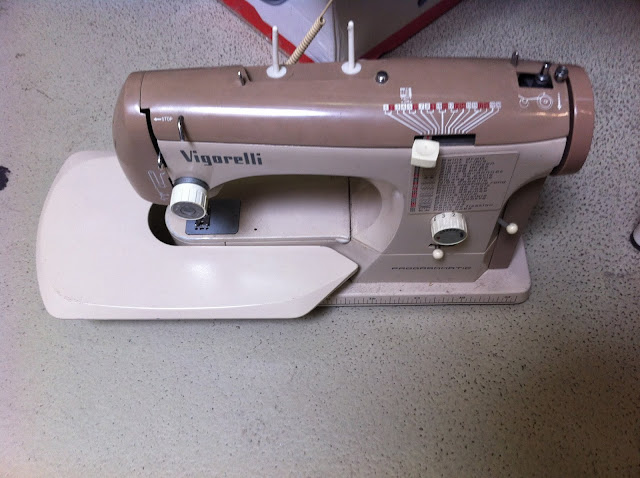 The thrift store did yield at least one unusual - and really cool-looking - '50s sewing machine from Italy, a two-tone Vigorelli. 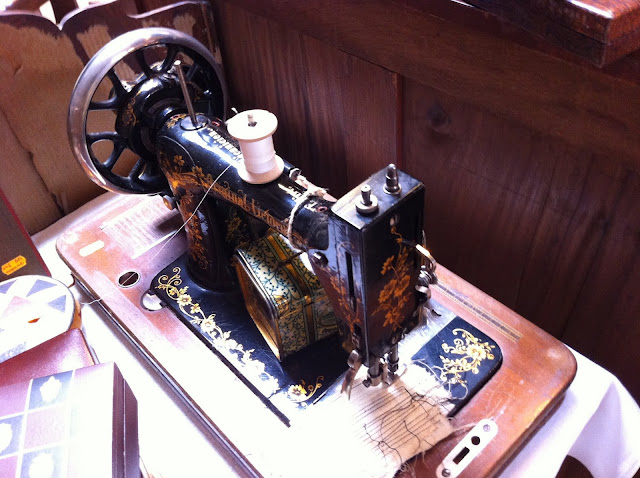 An ornate Original Victoria hand crank, which at almost CHF 300, I was sure had become a permanent fixture at the store. Beautiful decals. 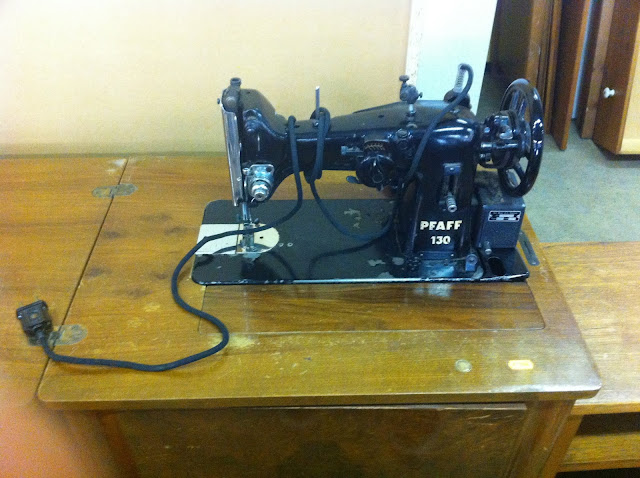 Back in Geneva, this sturdy Pfaff 130 has been at our Salvation Army for a few weeks. First with the table, but then I just discovered someone bought the table from under it and left the machine forlornly resting on a bench. Ah, well, can't save 'em all. 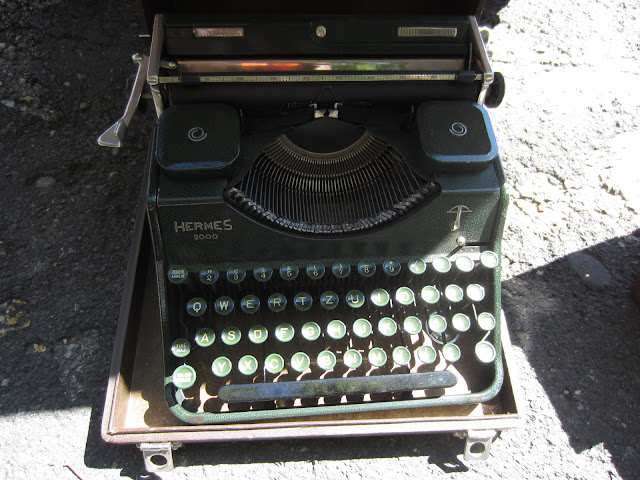 A very interesting Hermes 2000 - from the '30s - '40s, when they were mostly all glossy black, but this one had dark green crackle paint and green keys! Absolutely stunning, but hard to photograph in the glare of the sun. The CHF 40 the seller was asking didn't seem too bad, either. 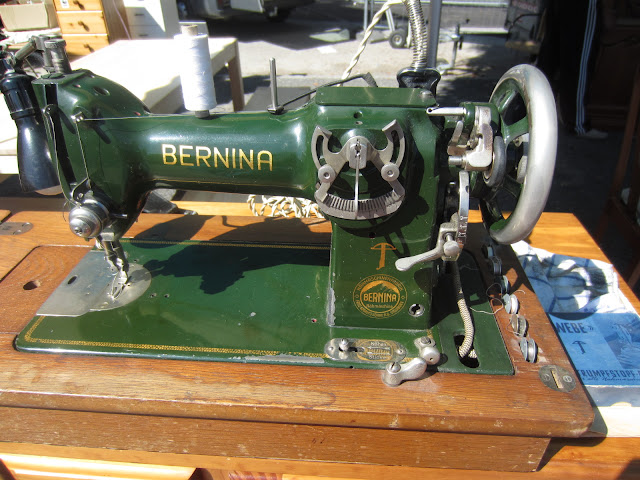 Another green beauty from the '40s was this Bernina KL117, one of the very first zigzag sewing machines made. I am learning a lot about these and I am pleasantly surprised by the good variety of machines that turns up locally. 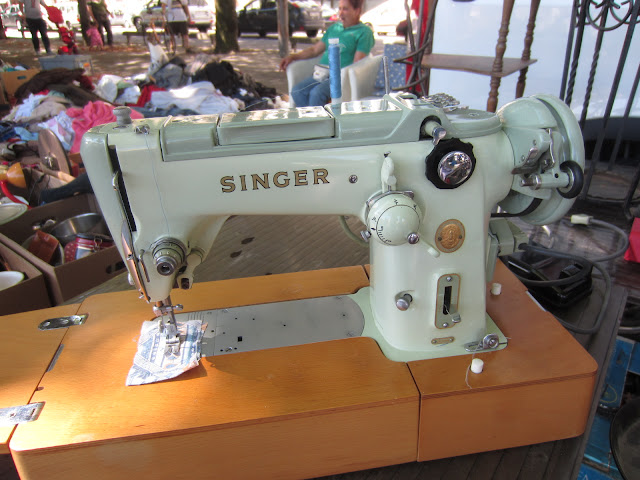 Take this Singer 320k, or example, which I gazed wistfully at for a full five minutes, even engaging in idle banter with the seller (who was asking CHF 150!).  At that price I could only afford to look - and I made sure to take lots of pictures too. Love the pastel paint. 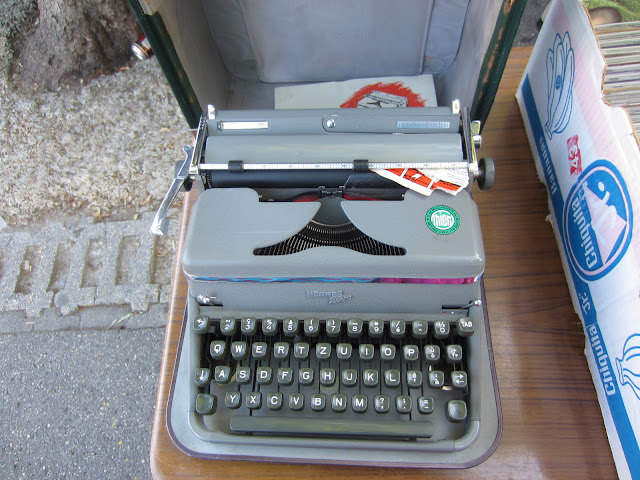 Unusual and well-priced typewriters have been a bit scarce lately - this perfectly ordinary, if well-preserved, Hermes 2000 was being offered for CHF 80. 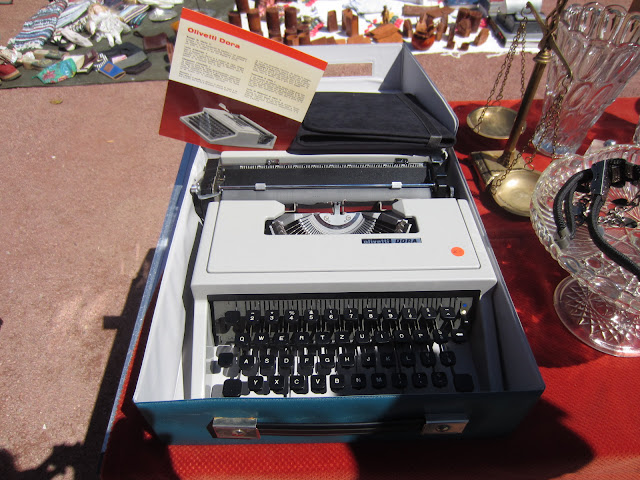 This Dora was less expensive, but still not quite a steal at CHF 25. 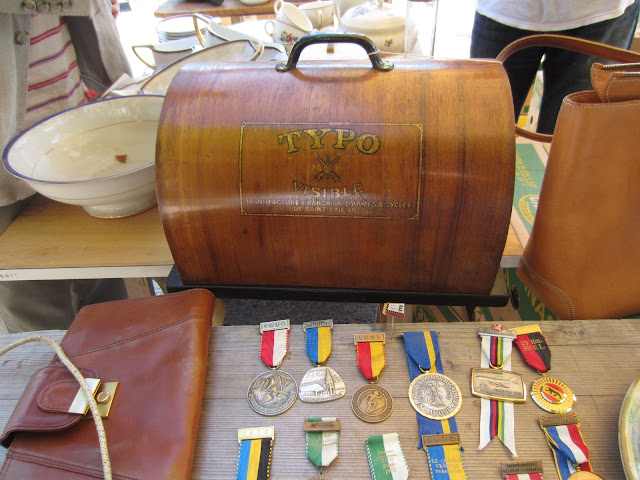 What was under this dome? It shall remain a mystery - I was fairly certain it would turn out to be a very interesting typewriter - this one, in fact - but the seller claimed he could not open it and did not care to interrupt his conversation with his colleague about their upcoming pizza lunch to help us figure it out. Now that I see the Typo on Typewriter House Collector's site, I'm a bit bummed I didn't get to take a picture of it, as it is certainly photogenic!

I have a lot of typing to catch up on, but since I'll be on the train for six hours this weekend, I plan to revive my fountain pens for a couple of long-overdue letters and perhaps even a pencast or two. Happy Friday (in advance), all!