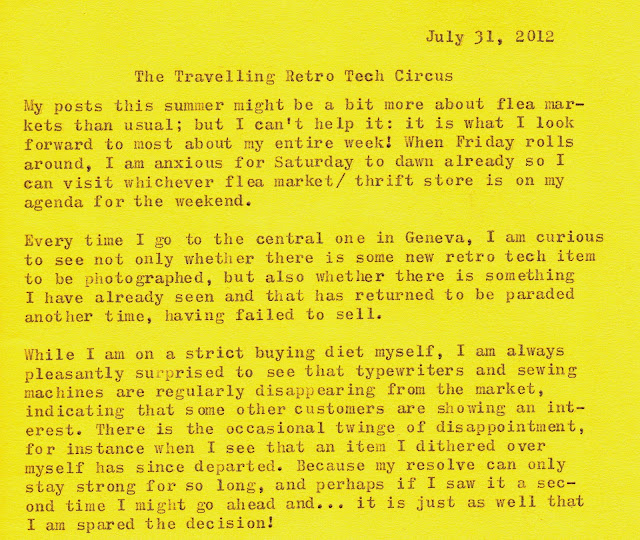 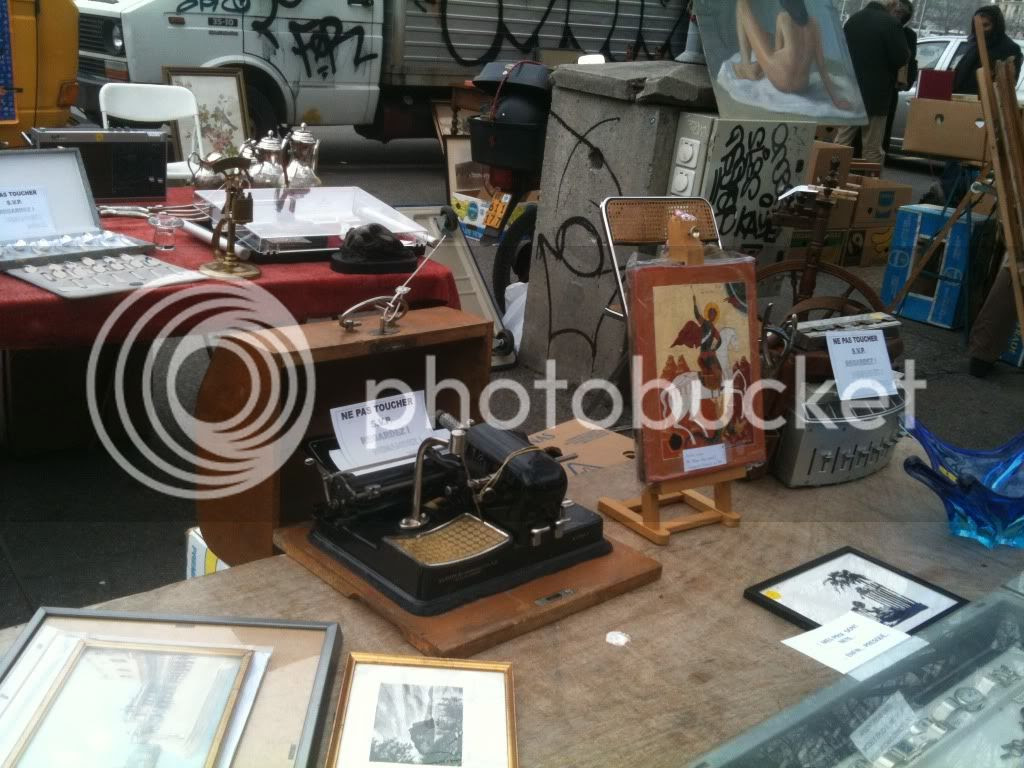 The Mignon Index typewriter makes its first appearance, sometime in December 2010. It is shown with its case, and a forbidding "Do not touch!" sign. 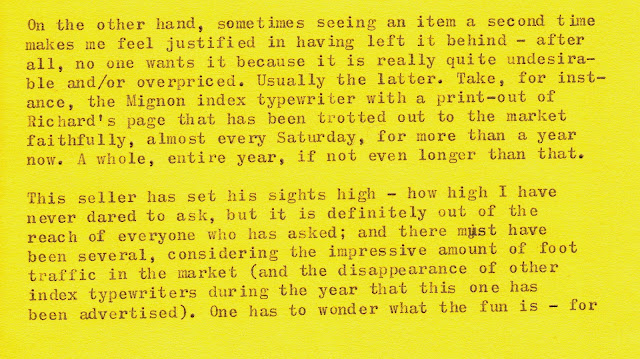 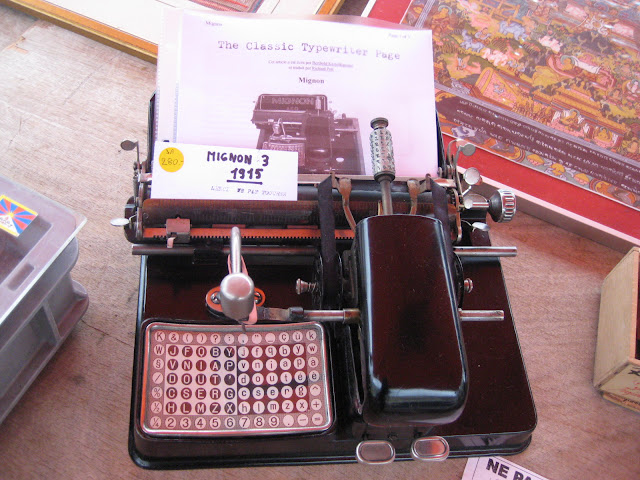 In this picture taken a year later (December 2011), the sign has been put off to the side and a print out from Richard's site added. Ah, I see there is a price: CHF 280. I haven't been photographing the Mignon lately, but I have seen it as recently as June 2012, this time accompanied by a Yost. I will keep an eye out to see if it comes back. 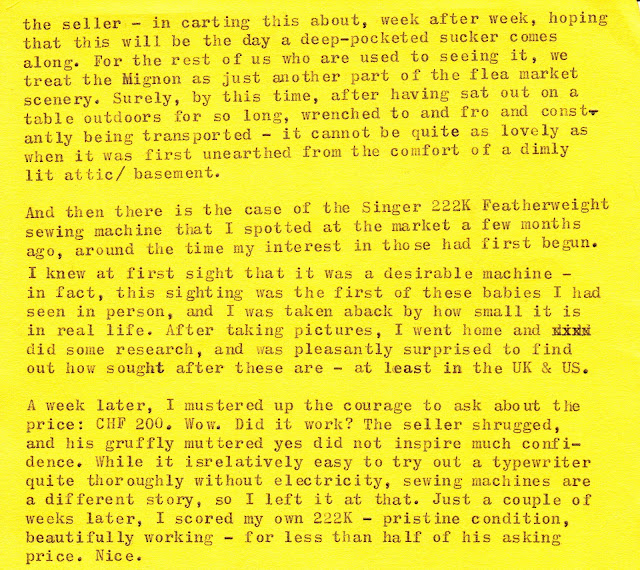 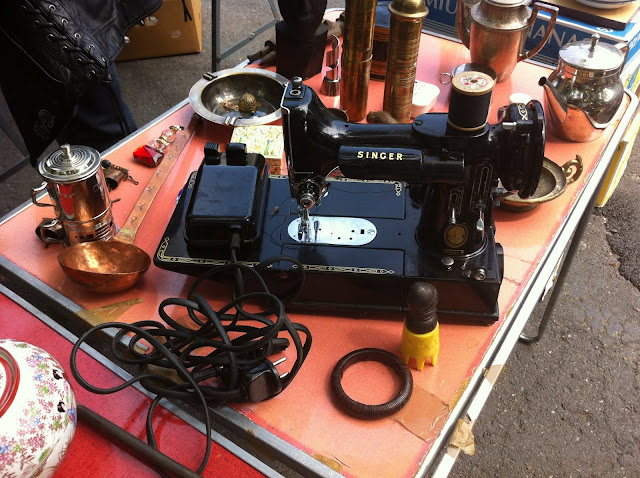 My first sighting of the Singer 222K, back in early May. I was very impressed by it and seriously considered making the investment. I might have, if I did not know there was another being offered for less in Lausanne. 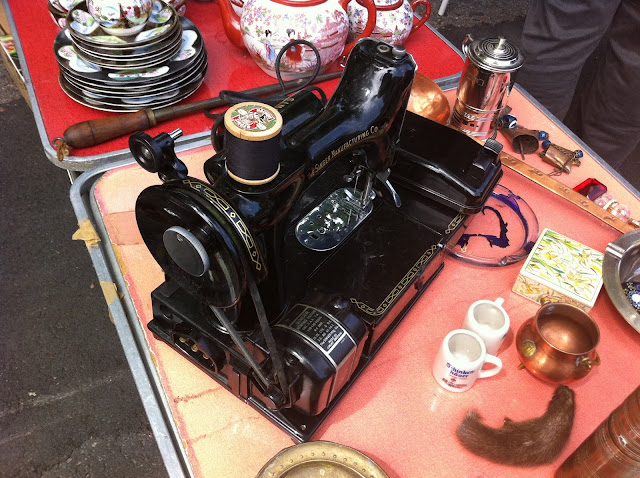 On closer inspection of this image, I realize that the bit of melted rubber has always been there - look carefully at the bottom right side of the machine. I loved that there was a matching Singer spool of thread - like finding matching Hermes ribbon spools, it is a charming detail. 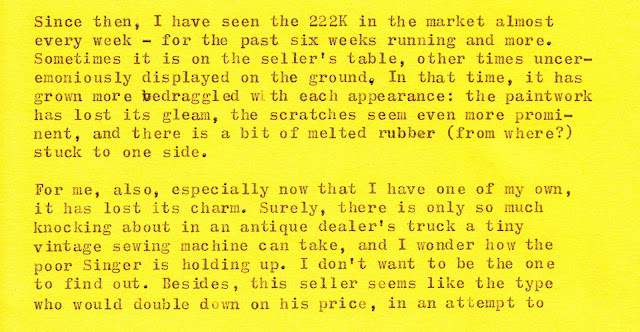 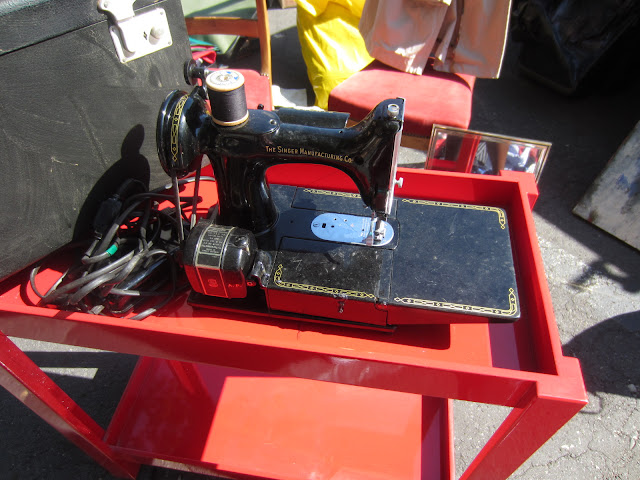 Another day, another sighting of the Singer 222K at the market. Blazing sun, cool weather, occasional raindrops - this poor machine has seen it all. Notice the tell-tale bit of melted rubber: will no one scrape it off and clean her up? She is starting to look rather grimy. 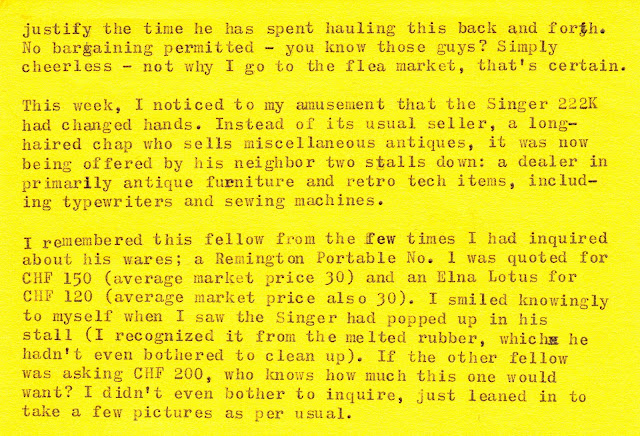 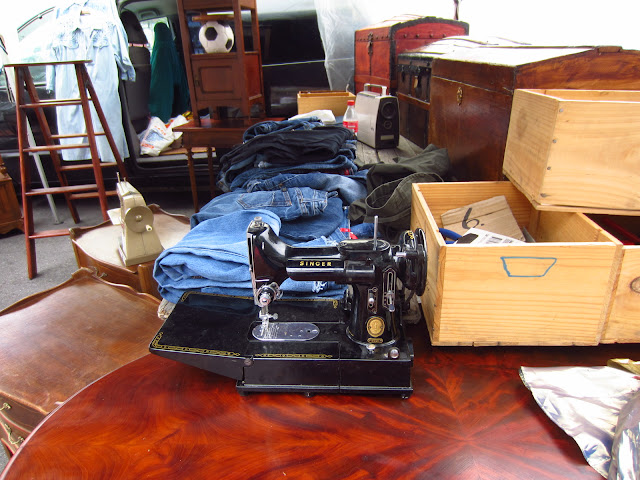 The Singer 222K moves to the stall of a new seller - perhaps he will have better luck? Judging from the Elna Lotus on his table (next to the empty bottle of Coca Cola in the background) which I first sighted in late April, the chances are slim... 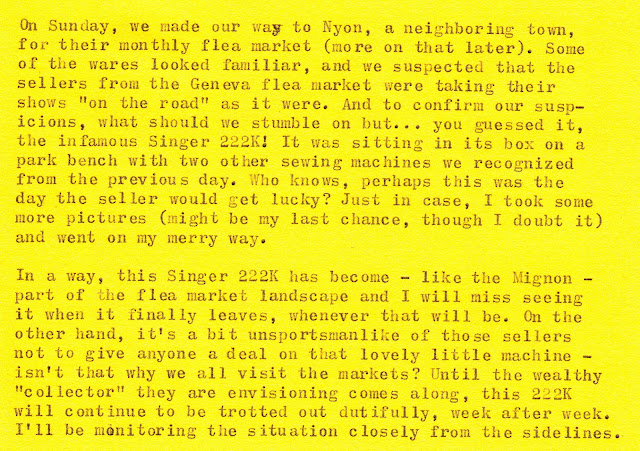 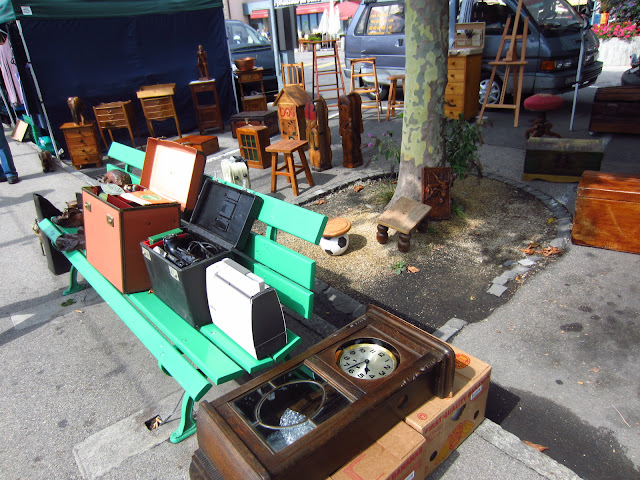 On a park bench in Nyon, the Singer 222K patiently waits (she is sitting between two other sewing machines: the Elna Lotus and a Turissa Ultramatic) to be displayed once more.

(Typecast courtesy of Optima Elite).
Posted by Adwoa at 10:37 AM