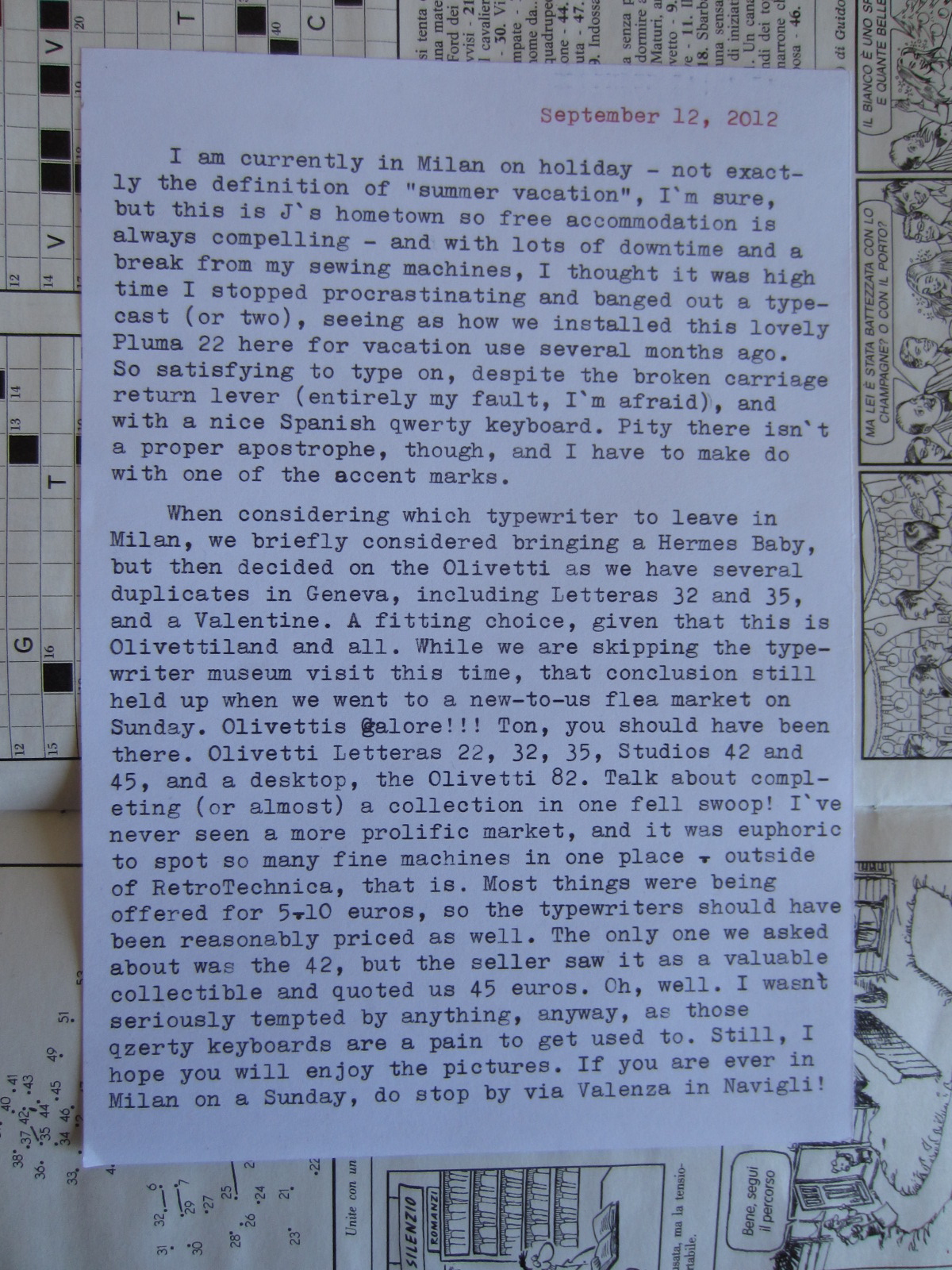 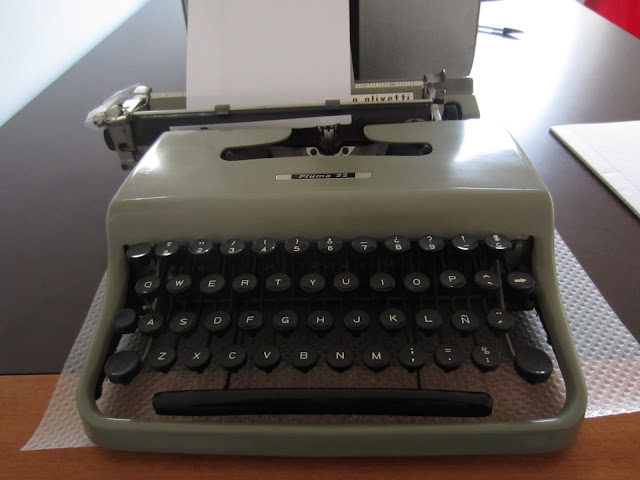 I am actually back in Geneva now, happily reunited with my internet connection, and making it a priority to put up this post before I get sidetracked by my RSS feed. So much to catch up on! Well, here are the pictures from the Milanese flea market last Sunday; and then I will be off: 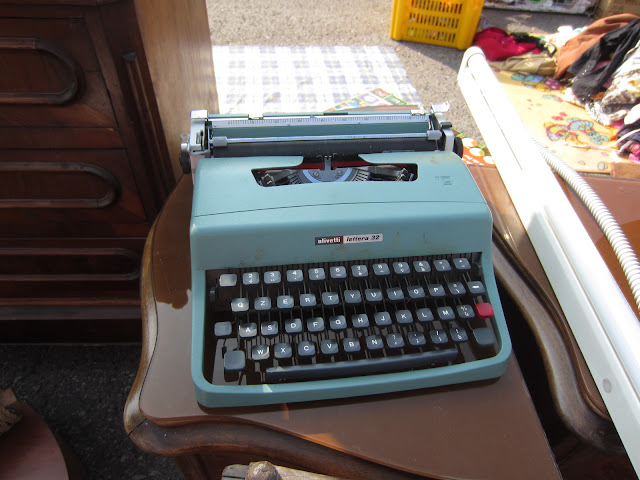 Olivetti Lettera 32 - nothing remarkable, but good to document. I did peek at all the typefaces but they were all ordinary pica. 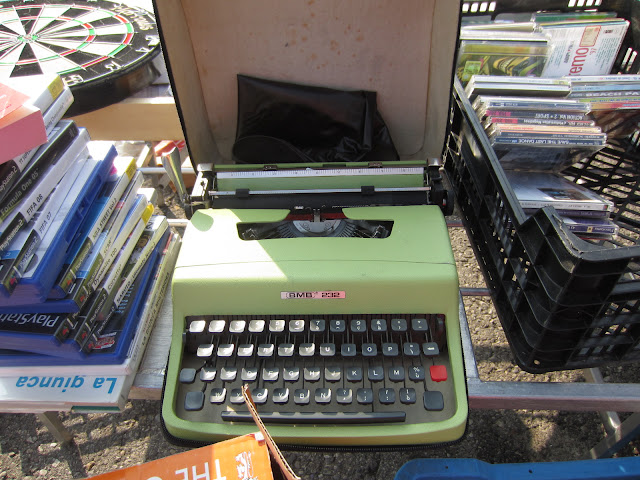 Another Lettera 32 in a delicious pistachio green - but this time labelled BMB 232. A department store rebranding, perhaps? Intriguing! 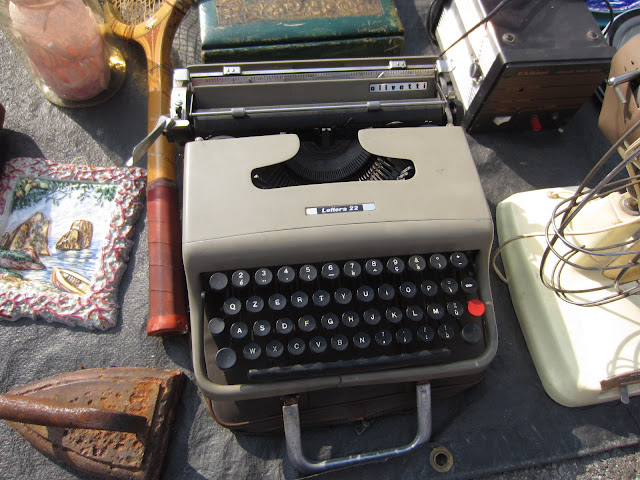 The Lettera 22 - cute, exactly the same color scheme as the Pluma 22 on which I typed this post. 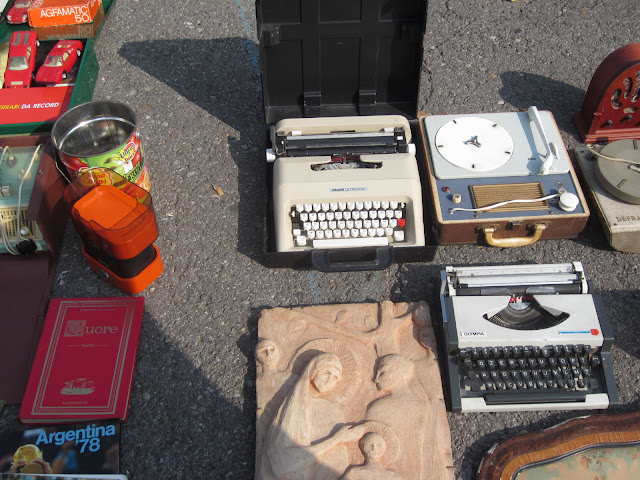 The Lettera 35 - pictured here with an Olympia Traveller de Luxe, and a pretty orange Terraillon scale. 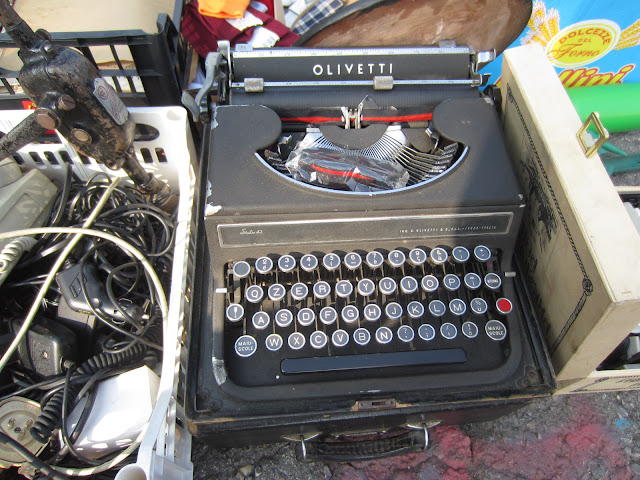 Now for the Studios - here, the 42 for which the seller wanted 45 euros. Paintwork not in the best condition, however. 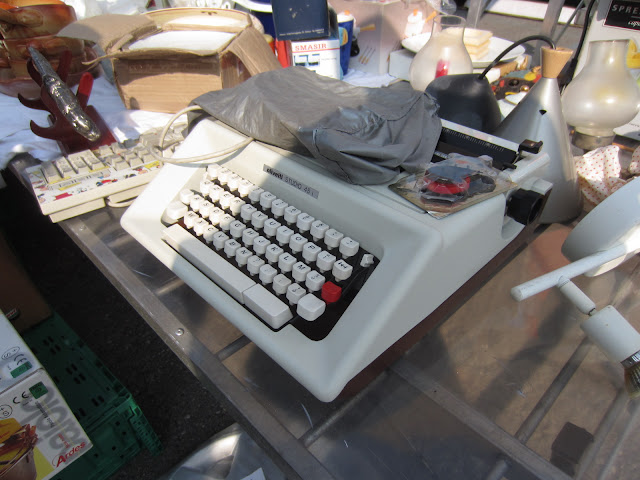 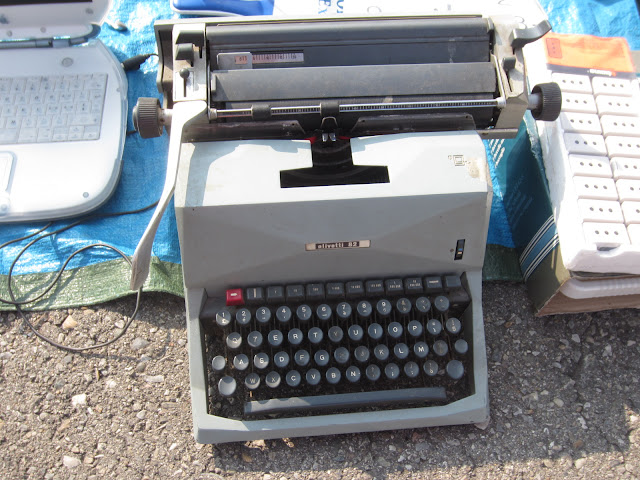 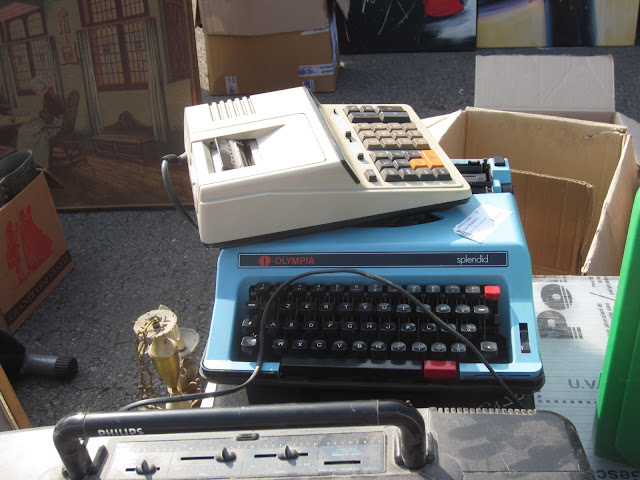 The not-Olivettis were well represented as well, mostly from the '70s. Here, a late generation Olympia Splendid. 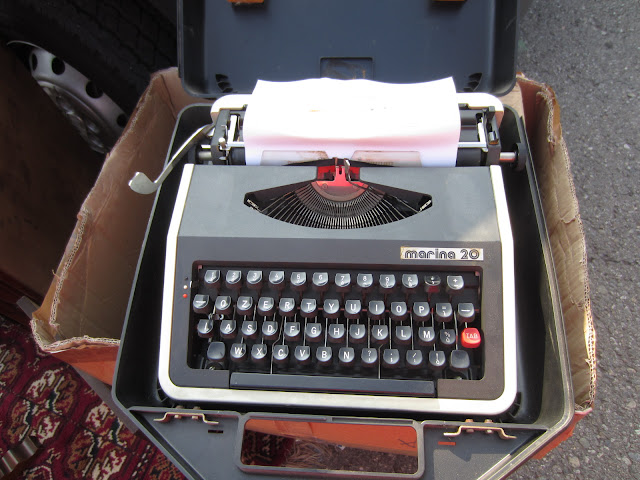 A sleek-looking Marina 20 which calls to mind the Olivetti Lettera 33 or DL. 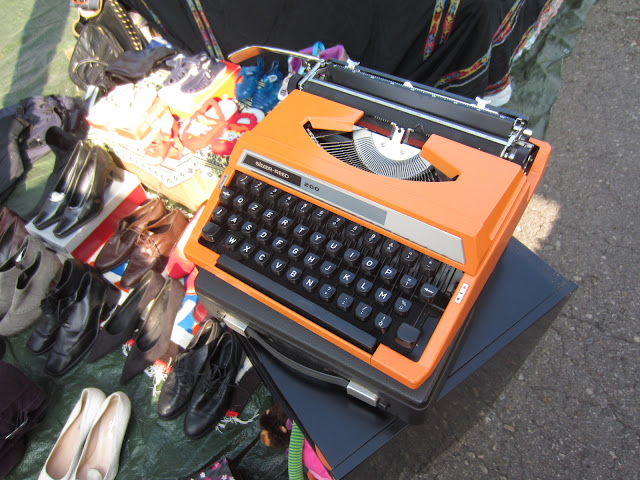 The omnipresent (quite a few of these in Geneva as well) Japanese-made Silver Reed 200. 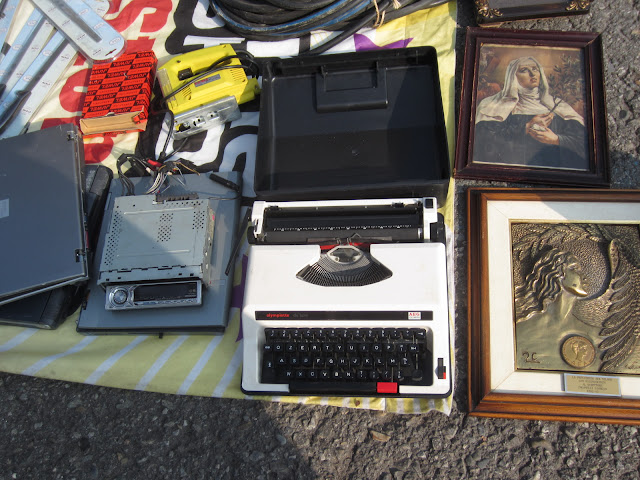 A rather recent Olympiette de Luxe - probably from the '90s. 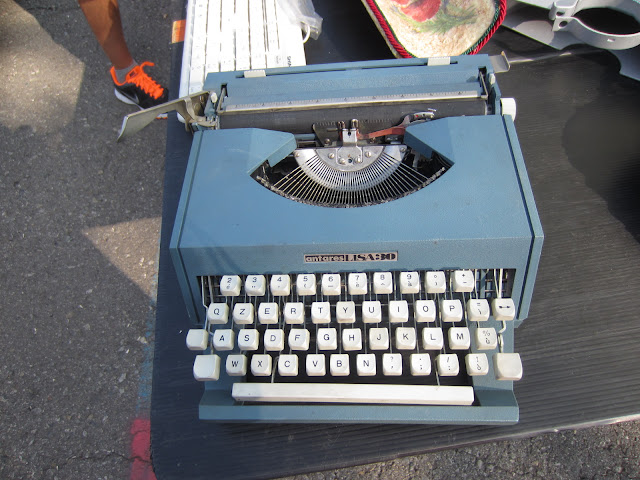 The Antares Lisa 30 - do you notice the resemblance to the Olivetti Valentine? 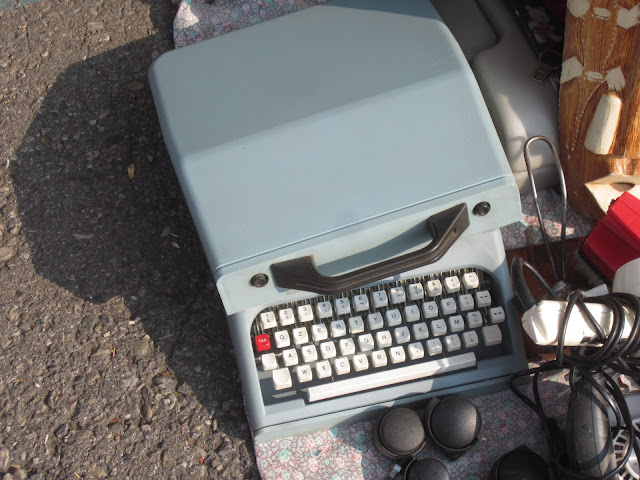 Another Antares which I really should have taken a better picture of. 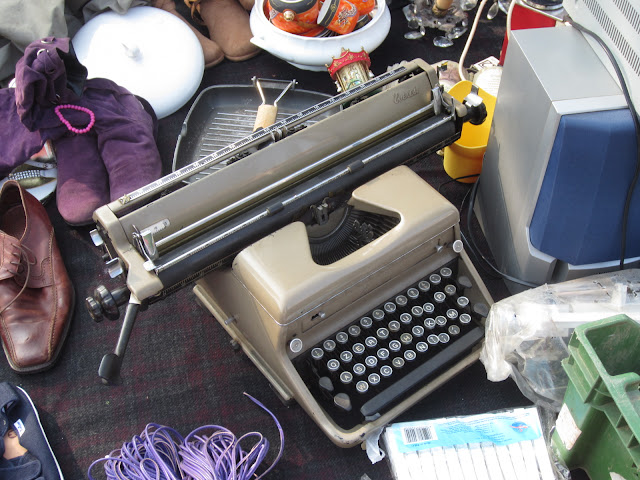 And finally, a wide-platen Everest Standard. Love the glass keys!

Definitely a market worth seeing, and it started off our Milan trip on a very good note. More to come just as soon as I have caught up with everyone - how have you all been?