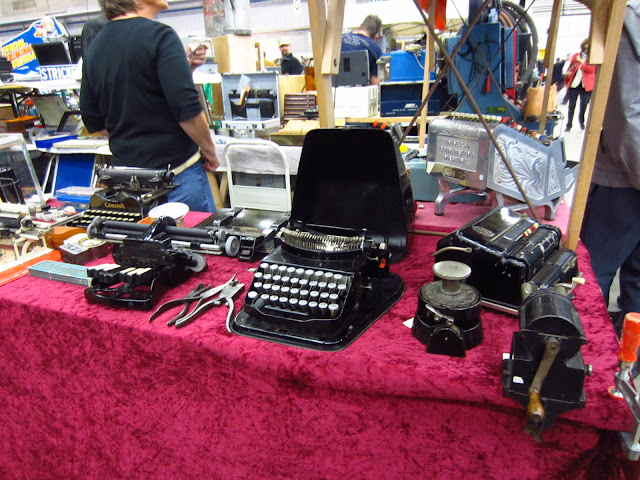 It is comforting to know I am not the only one who has had some trouble lately devoting as much time to blogging as before, or even using their typewriters quite as regularly. It is a shortcoming of mine, I am afraid, that while duties - even perceived ones that are in reality purely voluntary, like typecasting and typing letters - pile up, I procrastinate by shifting my attention elsewhere for a while.

Or, it is just another manifestation of my short attention span - o, for an ounce of Florian's focus and prolificity! Meanwhile, I continue to beaver away at my sewing machine feverishly (J has nicknamed me "Foxconn", after the Chinese factory.)

Still, this blog has been known to document typewriter sightings and has been deficient in those for some months now, so let me start where I left off with my trip to the RetroTechnica Fair in late October. 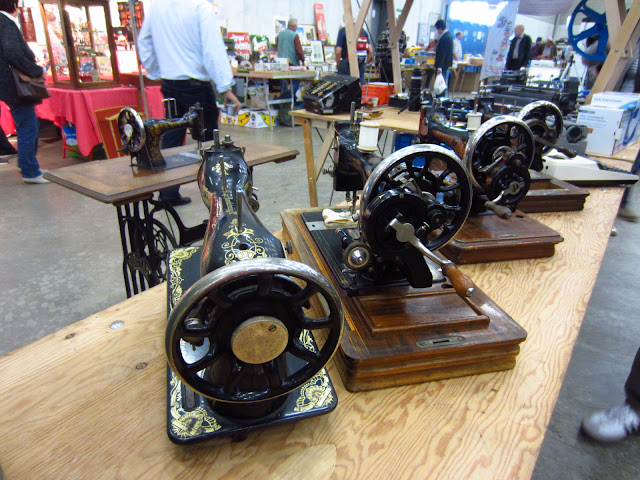 Speaking of sewing machines, RetroTechnica was a fine place to discover them en masse - although in general they are not hard to find locally. Above, a seller was offering several models from the '20s and '30s. 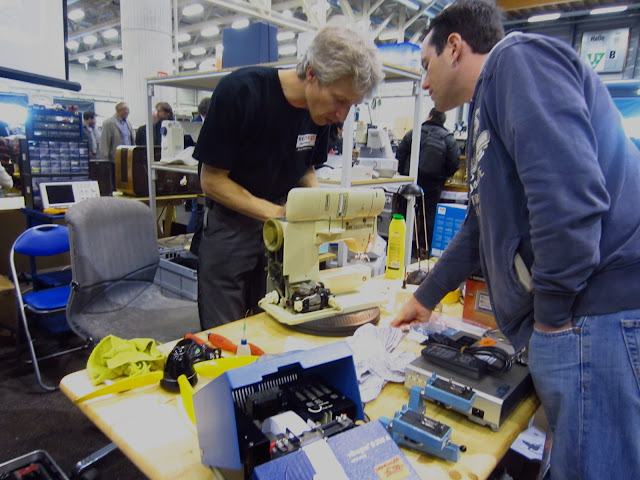 I snuck a picture of this fellow demonstrating the inner workings of a Bernina 730 (the same model I have). I silently shared his admiration for the machine - mine continues to go strong and will celebrate her first anniversary with me in May. His asking prices were steep, but I suppose worth it for all the knowledge and refurbishing he seems to be doing. 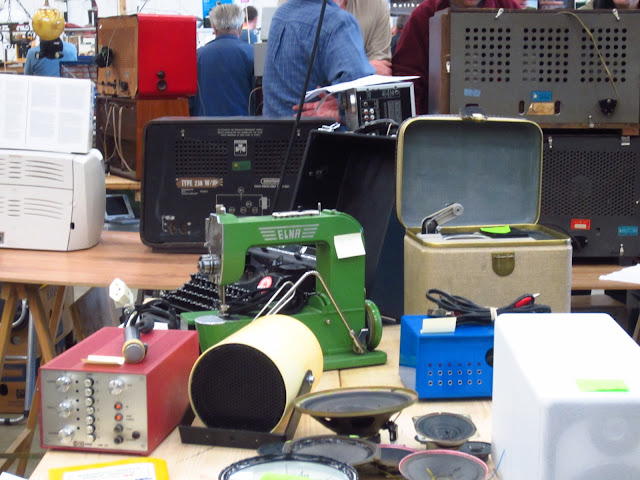 A combined sighting - my favorite kind! This lovely little Elna Grasshopper is obscuring your view of a very handsome Hermes 2000. They do make a fine couple - both of them being exemplary specimens of Swiss ingenuity and '40s manufacturing. 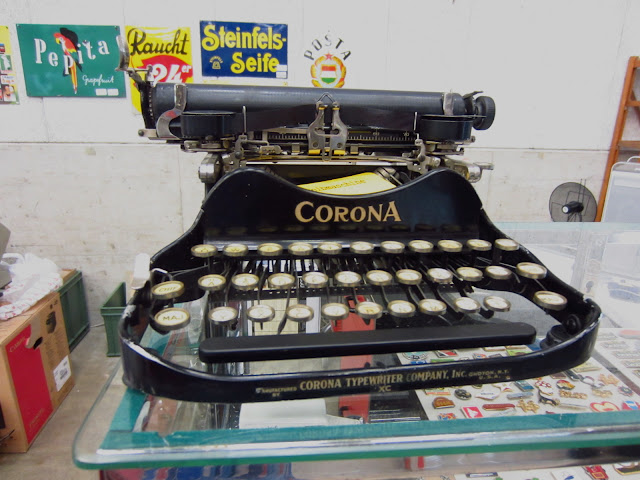 The ever-popular Corona 3 made several appearances at RetroTechnica (I counted three), but this was the best of the lot. I don't have one of these, but with my Senta Fraktur I have been able to experience the "joy" of typing on a three-bank keyboard, and one is enough! 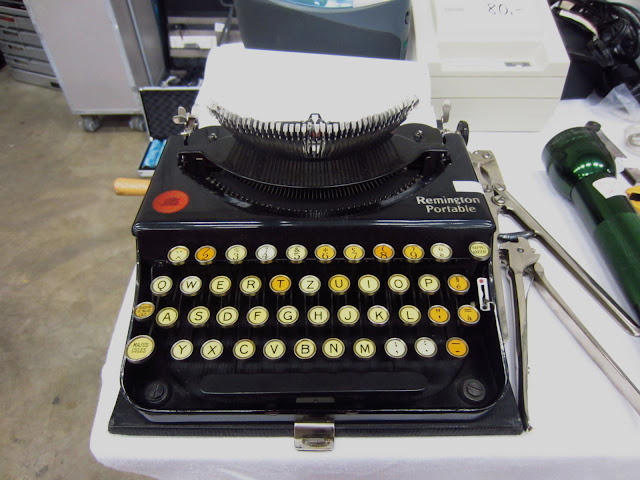 A finely-preserved Remington Portable No. 1, sold by the same fellow from whom I bought a tiny Hermes 2000 printing block. 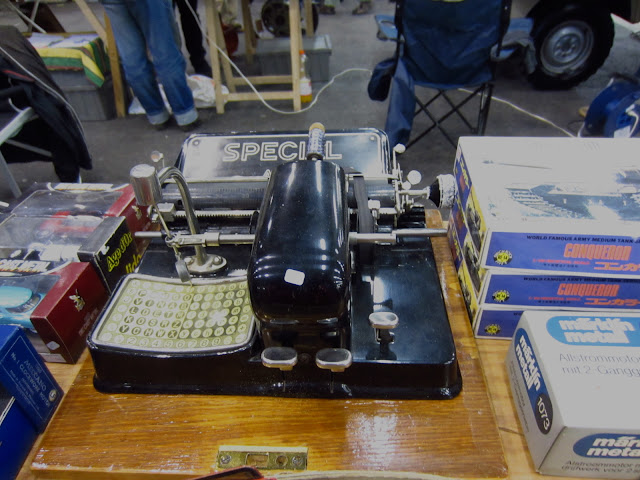 What would a sighting be around here without the classic German-made index typewriter from Mignon? And so it goes. 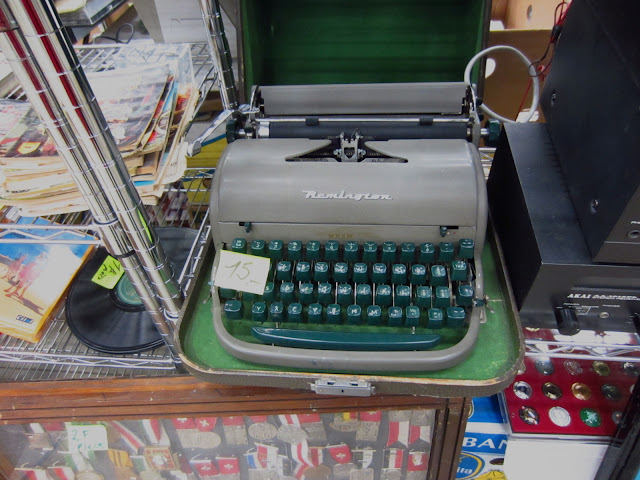 Unremarkable bulbous  Remington, but dutifully documented all the same. 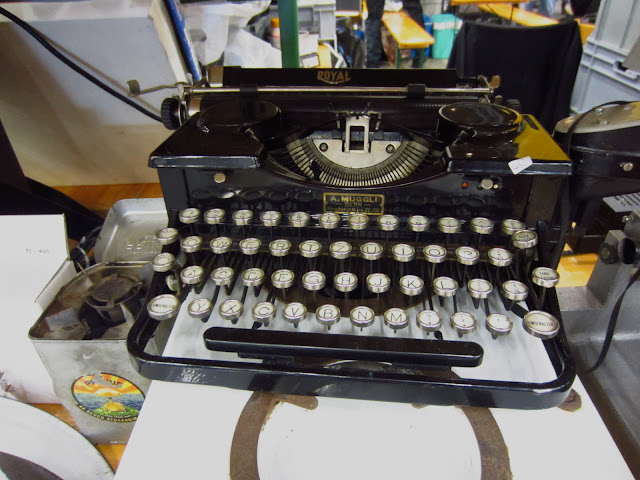 I am fairly sure this Royal flat-top made an appearance at RetroTechnica 2011; perhaps the repeat visit is related to the price tag (CHF 70). 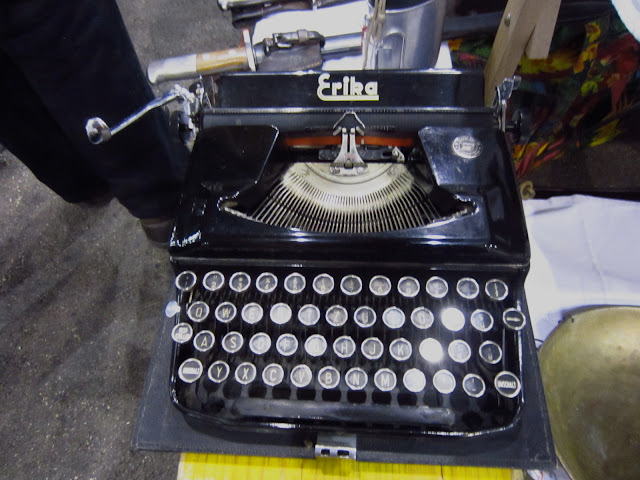 Erikas are getting more and more numerous in Switzerland - certainly more have appeared on our auction sites and in our markets than I remember from 2010, when I first started taking notice of typewriters. 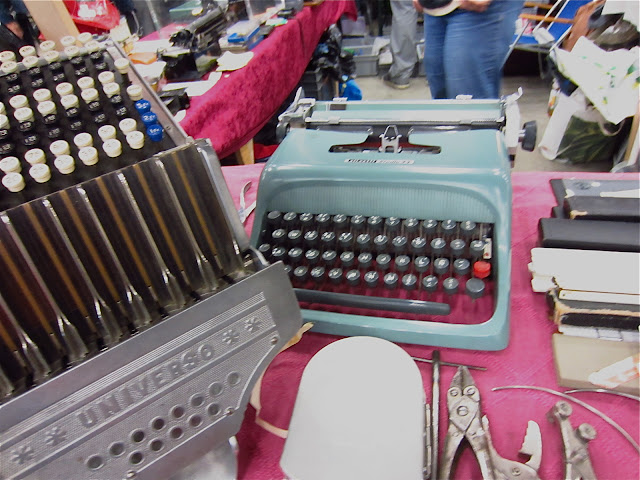 There weren't very many Olivettis at RetroTechnica this year, as I remember it, but it was comfortingly familiar to see this Studio 44. 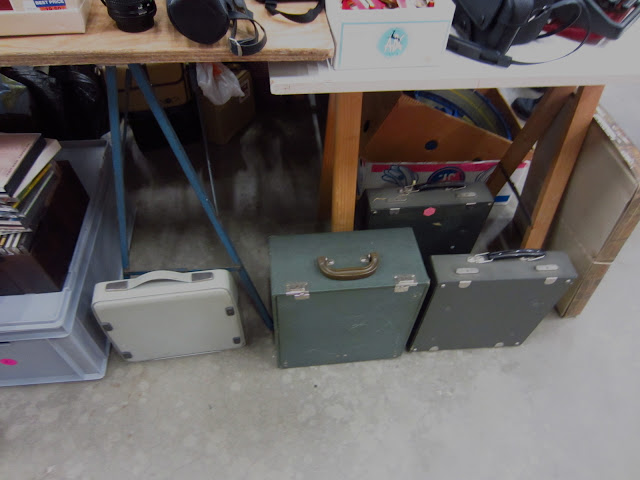 A whole bunch of cases I didn't feel like crouching down and opening - three Hermes 2000s (the smaller cases are from the '40s models and the larger one is from its '50s iteration) and one white '70s Hermes Baby. I'm lazy, I know, but so is the seller! 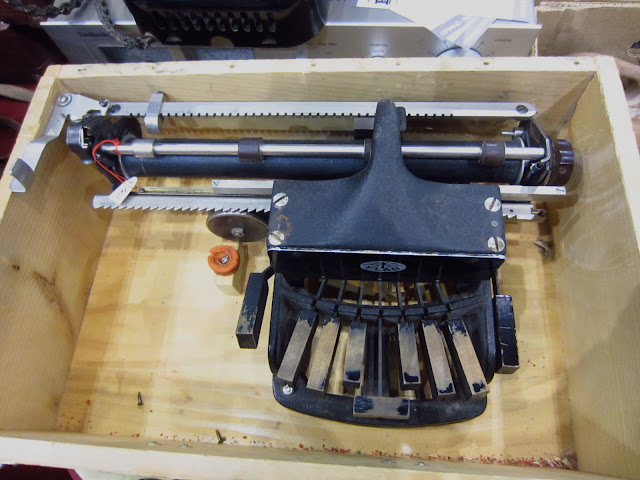 Stenograph machine - counts as a sighting, the carriage and platen look wholly lifted from a typewriter! 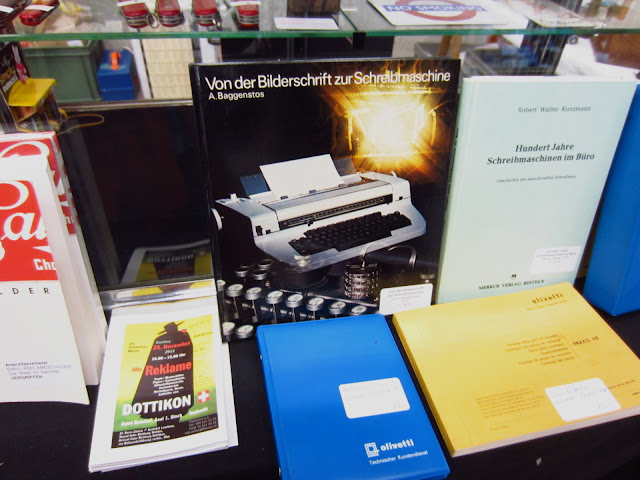 An elusive typewriter book by A. Baggenstos turns up for sale, together with some other typewriter literature. All very interesting, but German is not my strong suit (an understatement if ever there was one!) 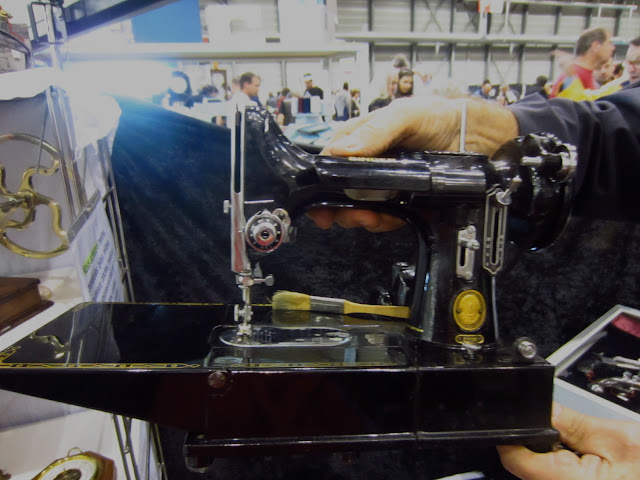 Oh, a few more sewing machine sightings will bookend the post nicely: here is a Singer 222K much like the one I have, only this fellow was selling his for about four times what I paid for mine! Ah, the thrill of a good bargain. Not that I use mine - it has attained "collector" status and I occasionally take it out to drool over. 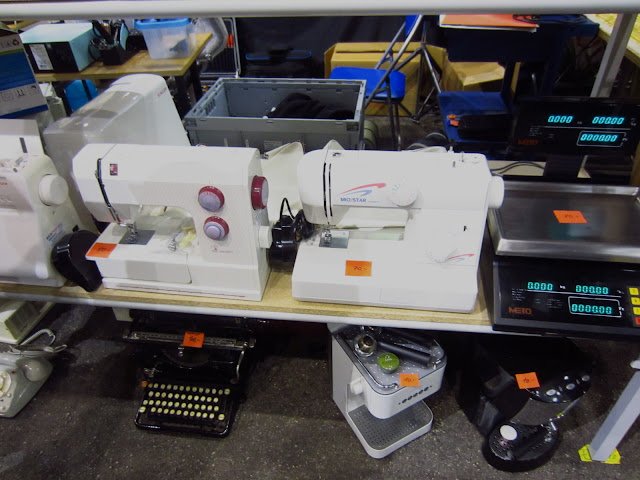 Another combined sighting! These sewing machines don't look all that "retro" and probably aren't - I am sure they were sold in the past fifteen years at the earliest. That Remington standard on the floor, though, is worthy of her place (and deserves a better perch). 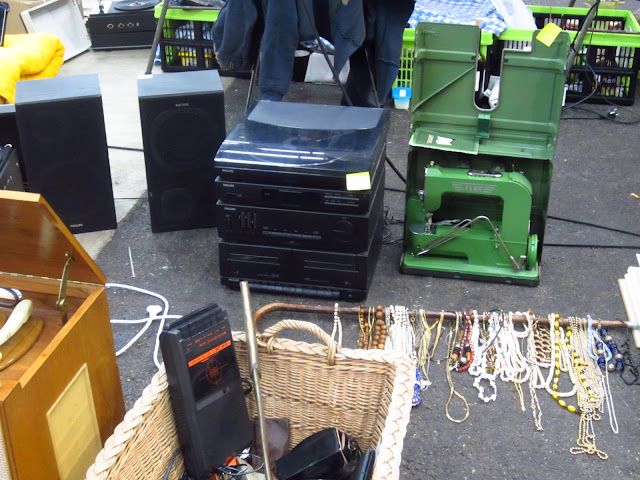 Another Grasshopper - but of course. She was once tremendously popular and she won't let you forget it!
Posted by Adwoa at 5:59 PM 10 comments: 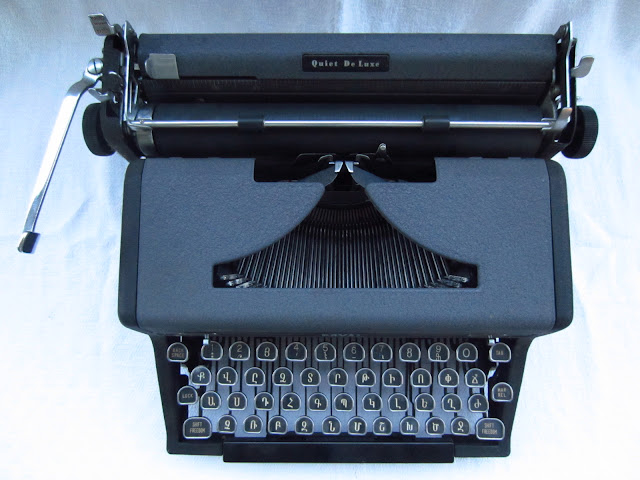 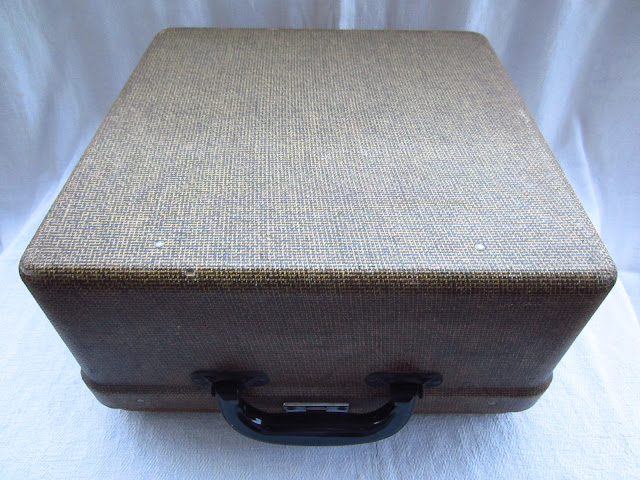 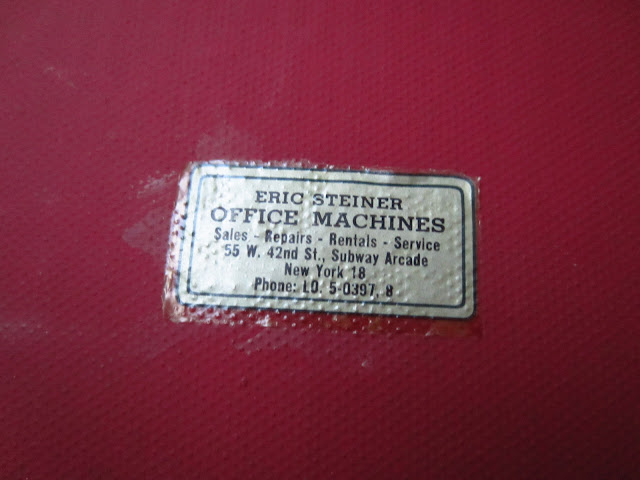 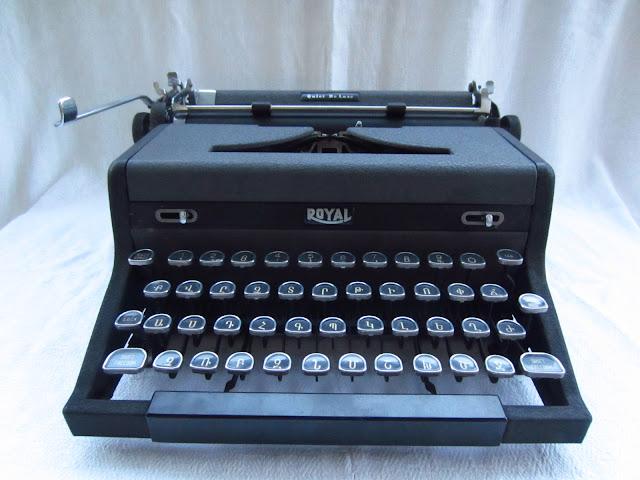 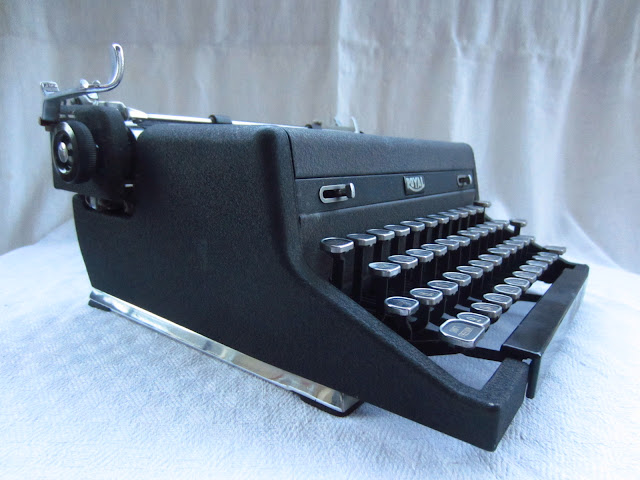 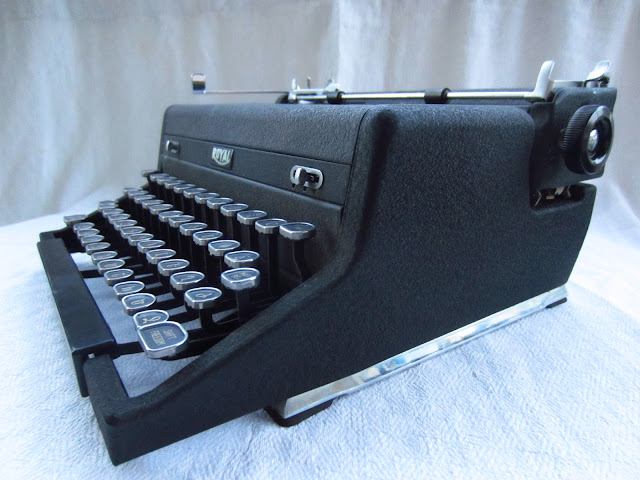 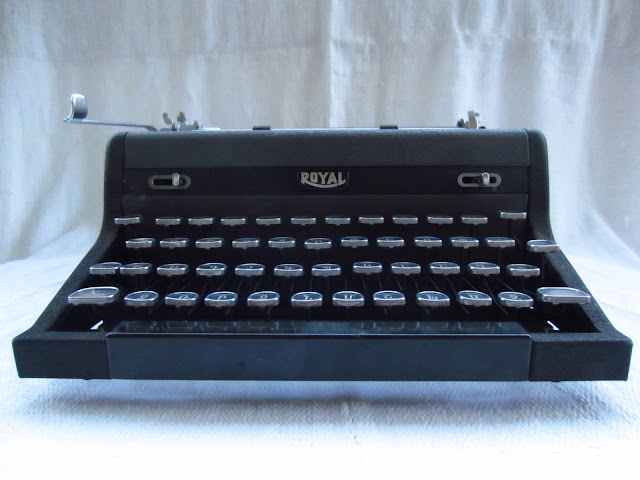 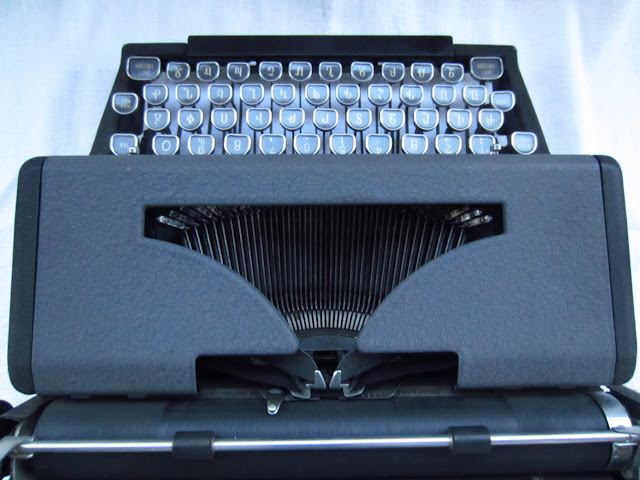 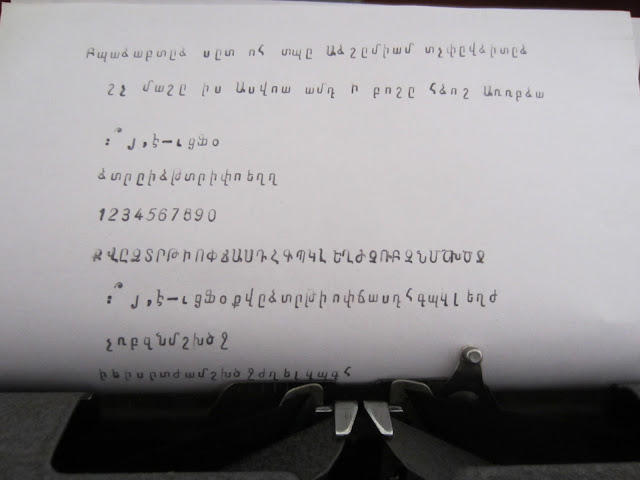 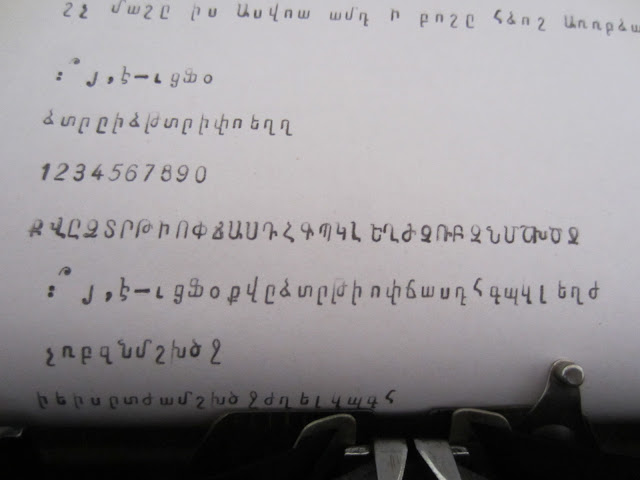 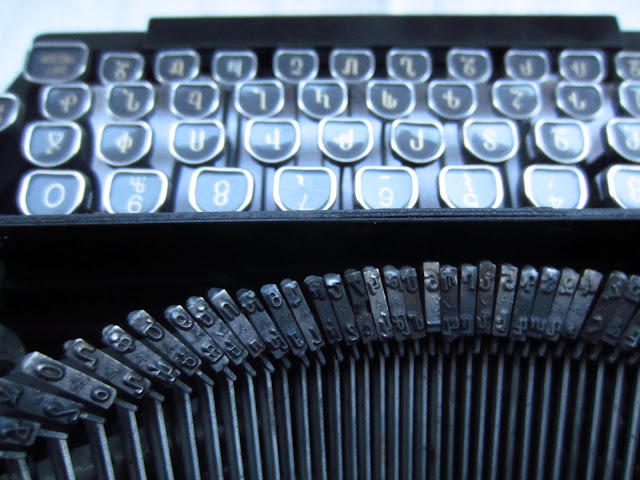 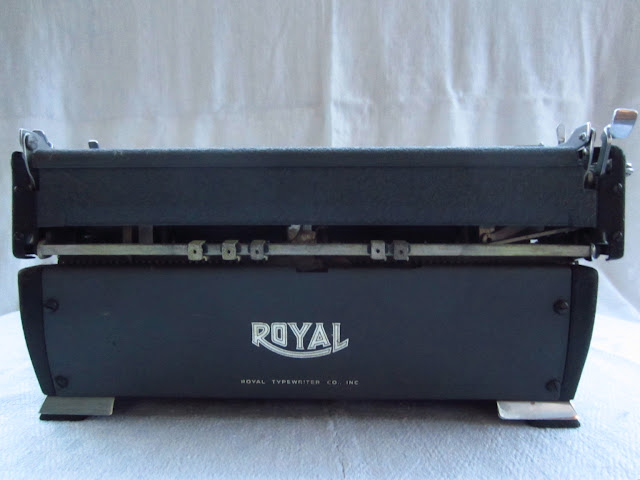