These cows - our neighbors in the village near Interlaken where we stayed - were very intrigued to see us emerge from our room and stared long and hard until after we had passed. I wasn't sure whether to feel flattened or threatened...  But I am sure you are just as - if not more - eager to see what the rest of the typewriter sightings were, so here we go! 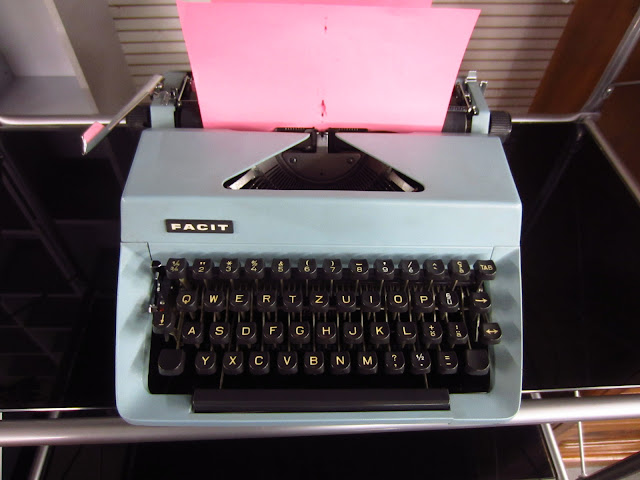 Light blue Facit TP-1. This was hanging out on a little shelf not far from all the others in my previous post, and I could see someone had tried unsuccessfully to release the carriage (there is a hole in the paper from repeated attempts to type). I've never used a Facit, but I located the carriage release mechanism after a few seconds and freed it, thus - hopefully - making it easier to sell. 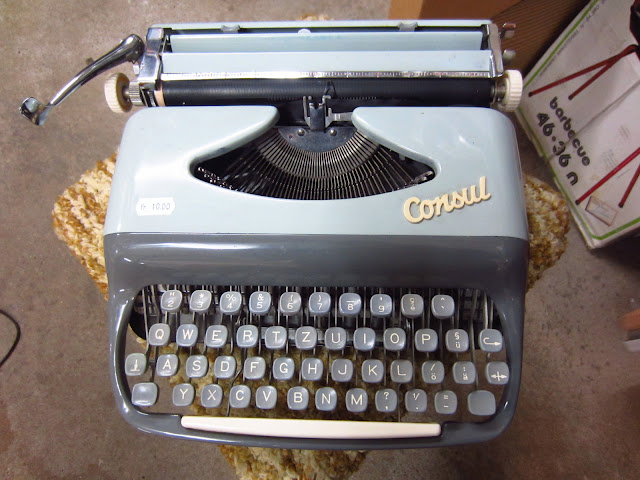 Another store produced only one typewriter, but it was this splendid Consul. Another machine being sighted in person for the first time! 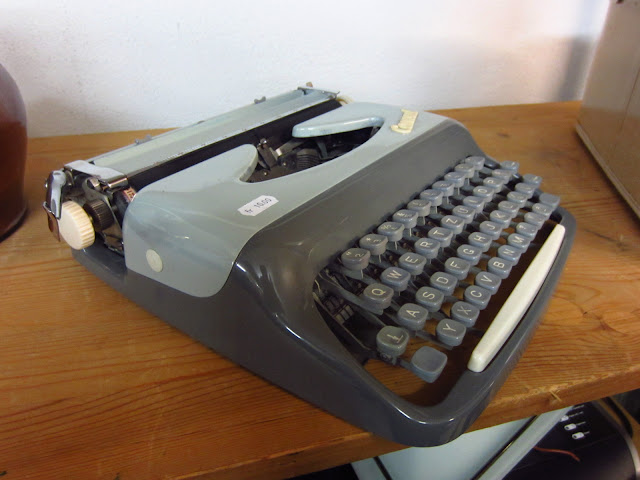 I was pleasantly surprised by just how flat it was, but also by the full-metal construction of the body - I had not expected that! The feel of typing with this reminded me of the Antares Annabella, but not quite as good... 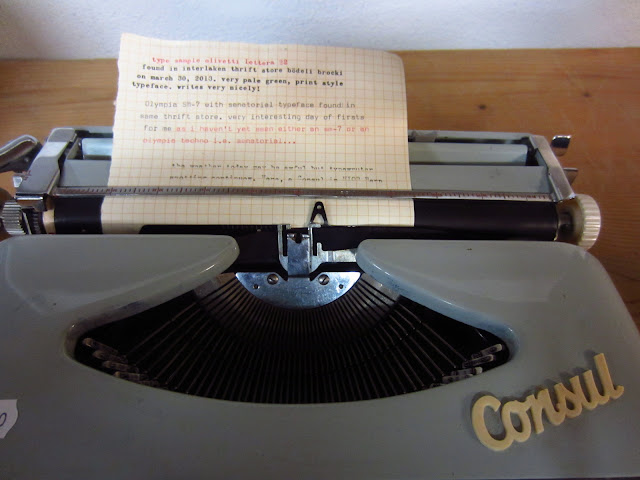 The letters printed poorly, although to be fair this may just have been a sub-par specimen. I think others have had good luck with Consuls. I am secretly glad it wasn't good enough to contemplate purchasing, though, as it would have made for a rather hefty souvenir! 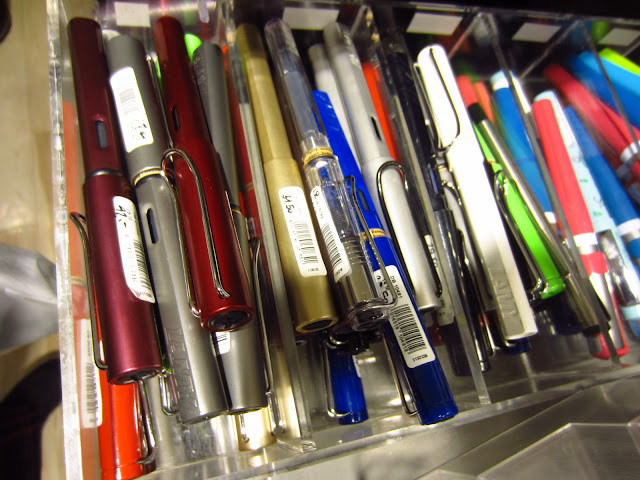 In a department store in Bern, we spotted this tray of carelessly tossed together Lamy Safaris, and bemoaned the nonchalance of the sales staff. (They also seem to be pretty trusting, leaving these out in the open as if they were Bic pens.) Who would want to pay full retail price for a scratched-up fountain pen? 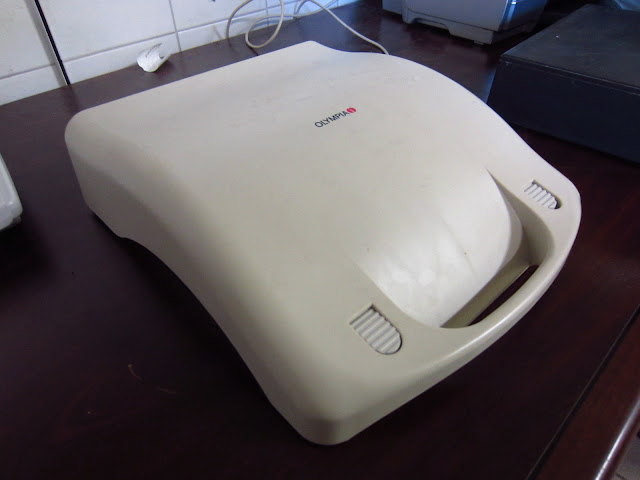 Olympia Traveller C series - reminds me of the one Richard just bought. I find the futuristic curvy case the most redeeming factor of this machine, although it also reminds me of Barbie typewriters. 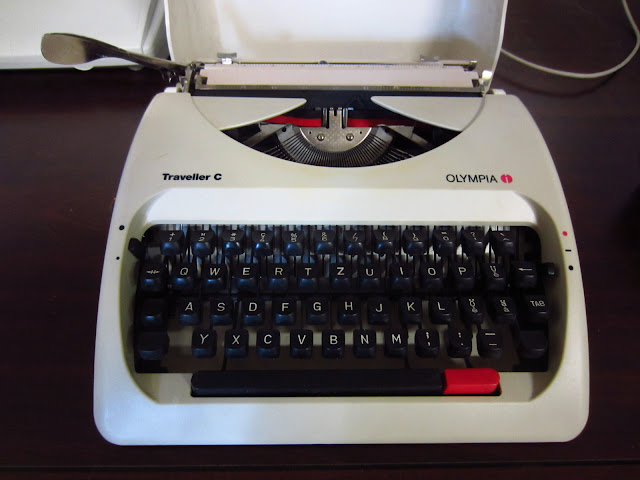 Once open, it is a little less impressive but still very interesting - just check out that unusual ribbon cover! This model looks barely used, too, but seeing how poorly Richard's example typed, I didn't bother testing it out. 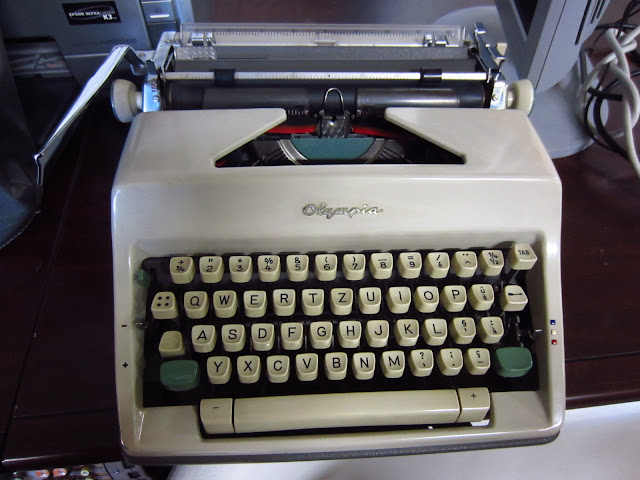 Surprise - an Olympia SM-9 with Senatorial typeface! Two years ago I would have tucked this triumphantly under my arm, as I spent a good long time looking for an SM-9 with no results. However, I have moved past wanting one and the action on this one was a little sticky. Probably nothing that couldn't be resolved with a bit of cleaning, but I wasn't taking my chances. 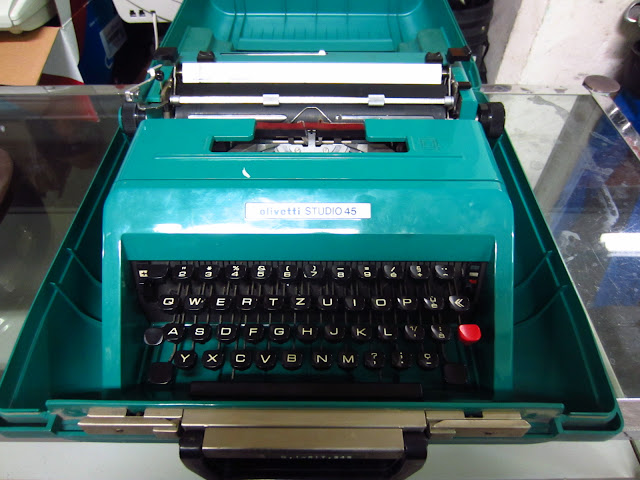 Techno has been popping up everywhere lately - it was also on this Olivetti Studio 45 in turquoise. 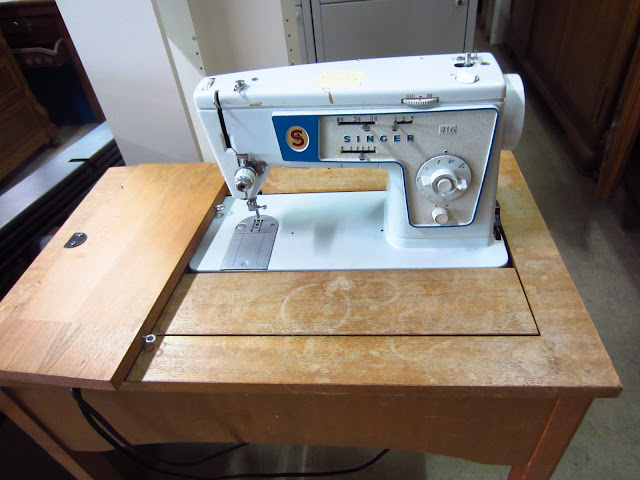 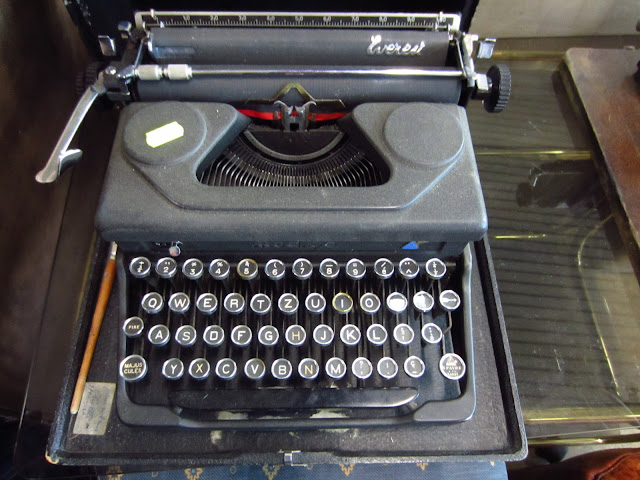 I can't be absolutely certain, but I'm fairly sure I haven't seen one of these Everest Mod 90s in real life - oh wait, maybe I did see a couple in that Milan typewriter museum I visited a couple of days ago. 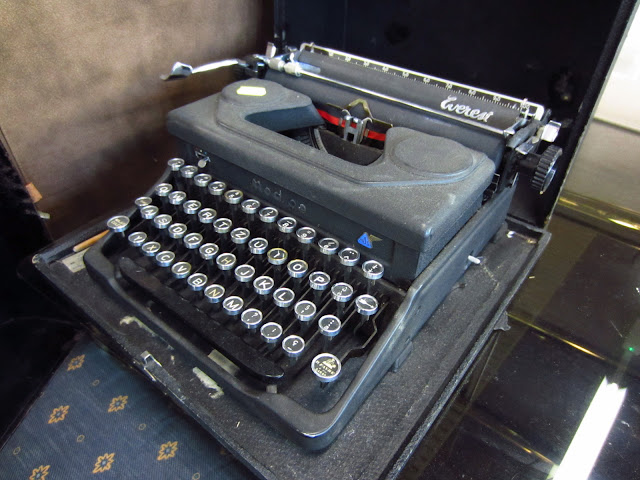 From the side - handsome, a good find, but a tad overpriced at CHF 80, if I remember correctly. Now, this must have come from the home of a discerning collector, because look what I found next to it: 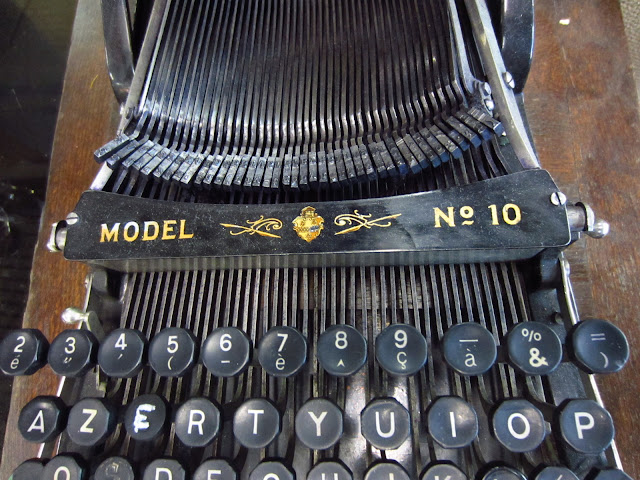 Realized what it is yet? Want a better look? How about this picture from the side: 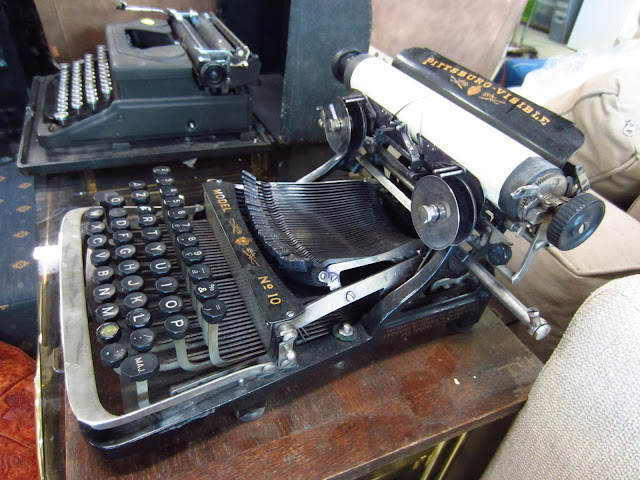 Lovely, isn't it? And it typed like a dream too - you could tell it had been well maintained and was beautifully lubricated. I think the shop clerks googled it, too, because they were asking CHF 200. 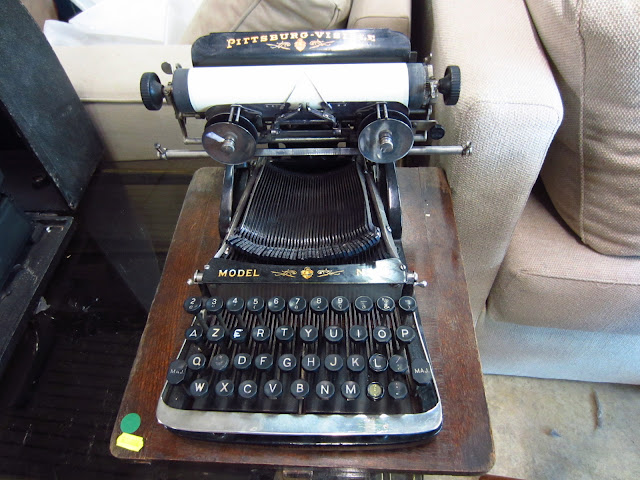 I'm not sure what market is out here for collectable typewriters like this one, and I am curious to see how quickly - or not - this Pittsburgh Visible Model 10 sells in the coming months. What is clear, though, is that it is a fantastic sighting that really brings home how awesome little old Geneva is when it comes to unusual typewriter finds.  Now if only that Sphinx would turn up... :)