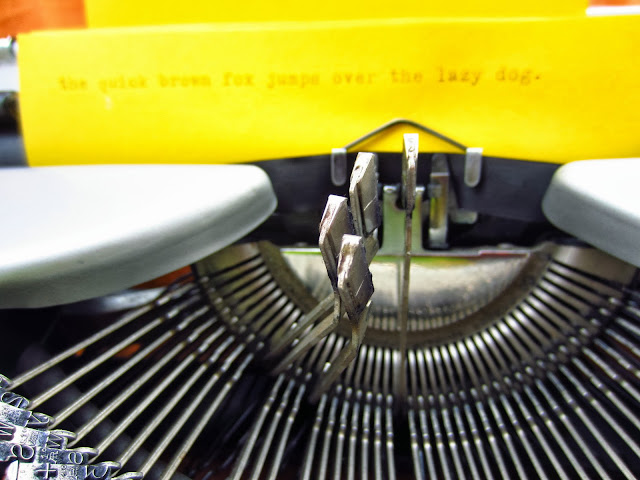 A thrift store find from this summer... 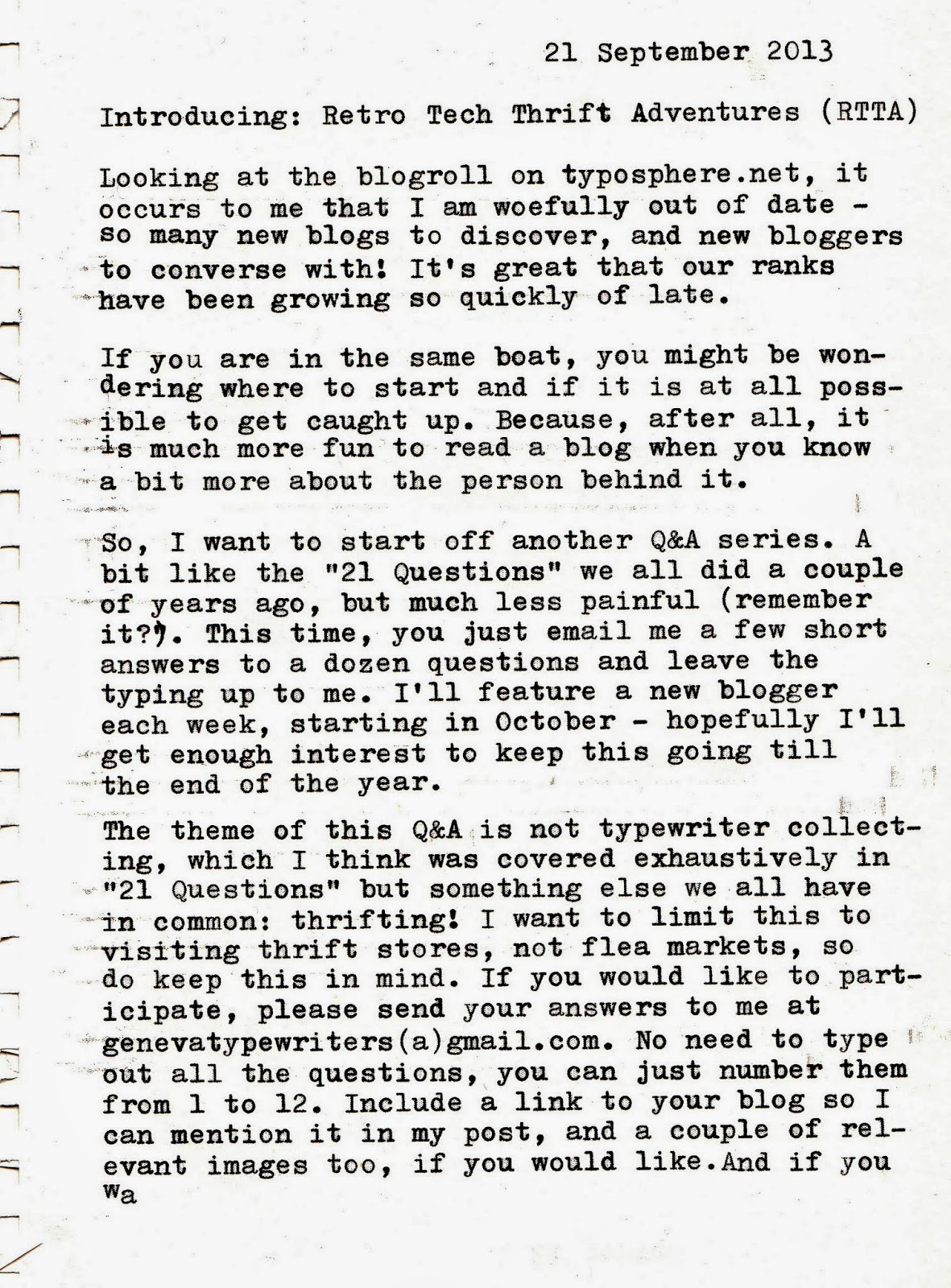 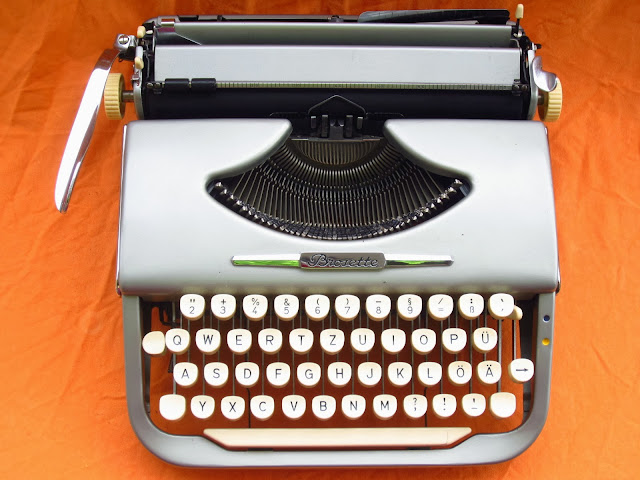 Yes, it was a fabulous Brosette... I had one before that I didn't end up keeping either, although I blogged about it here. 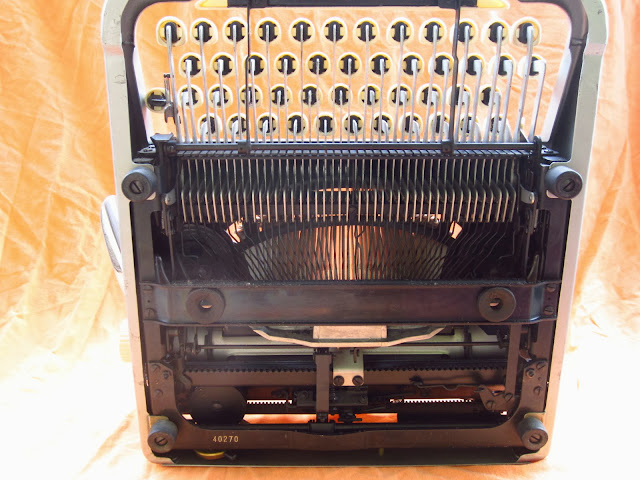 While the first Brosette had a serial number in the 38,000s, this one was manufactured a bit later. 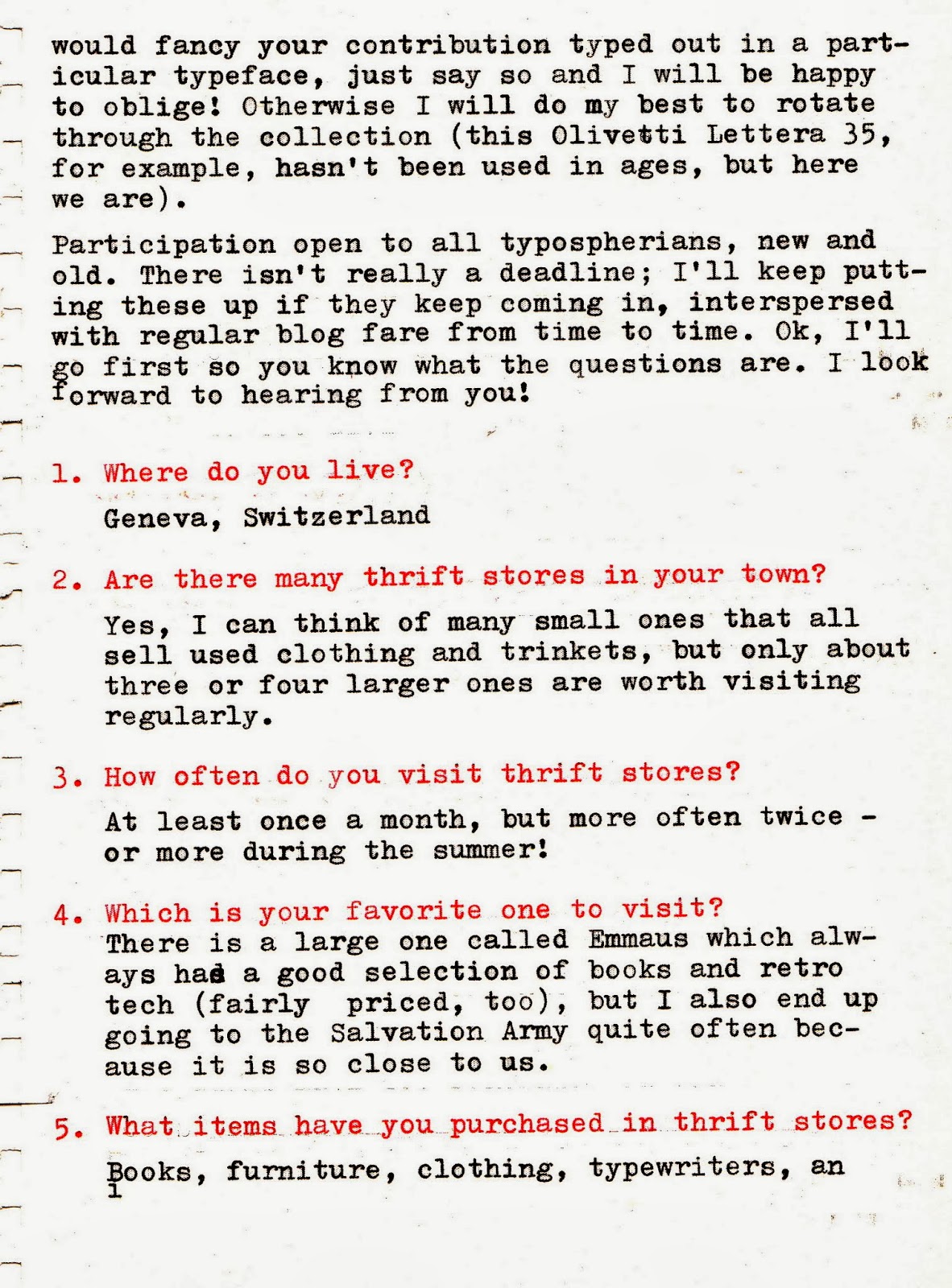 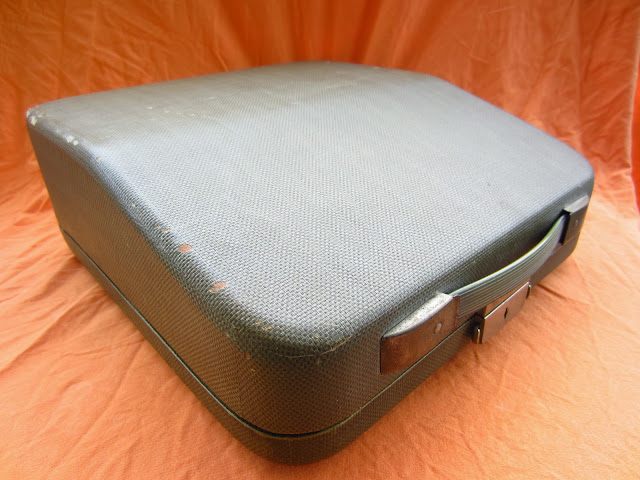 I didn't recognize which typewriter it was at first, seeing this case in the thrift store. My first Brosette had had a vinyl case that was terribly battered by the time it reached me, but this was just fantastic. 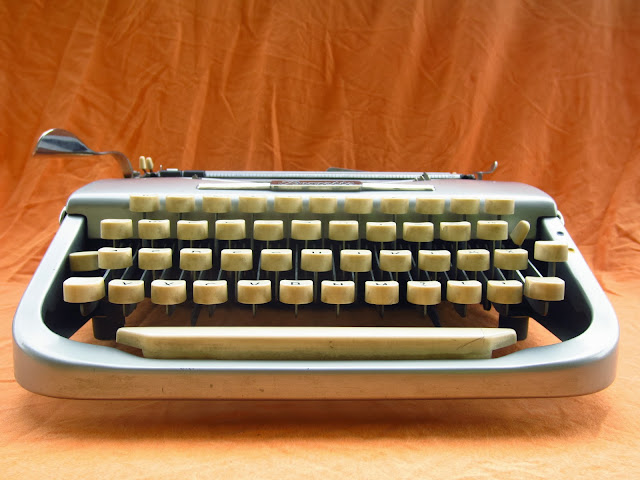 Gorgeous, isn't it? I don't mind not having kept it, though, we will (knock on wood) be moving in less than two weeks and I am already dreading the typewriter procession up and down stairs. So, one less to worry about is just fine by me. 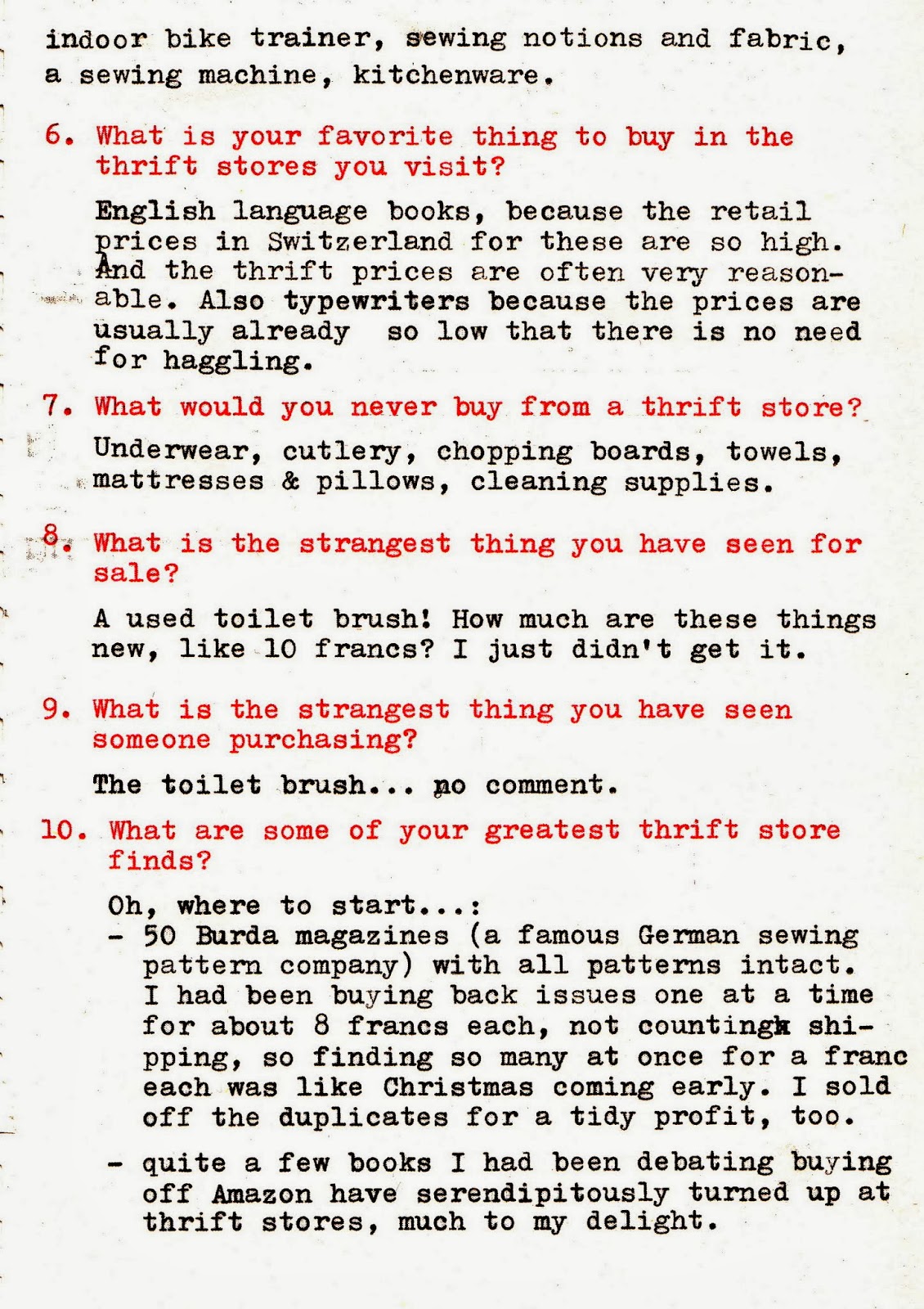 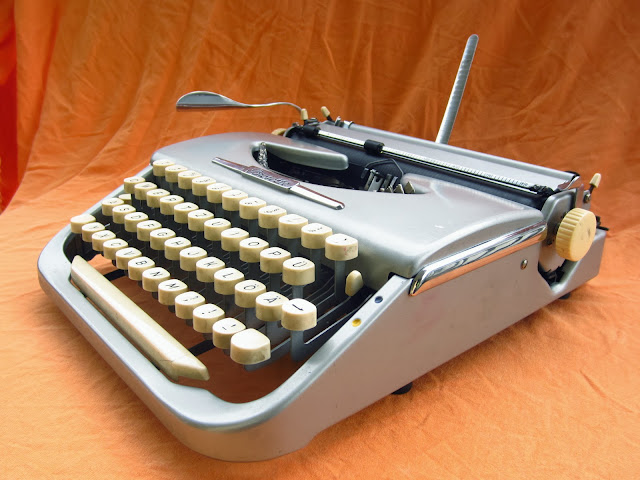 I was pleasantly surprised not only by how rare of a find it was, but also by the excellent condition the machine was in. So photogenic, too! 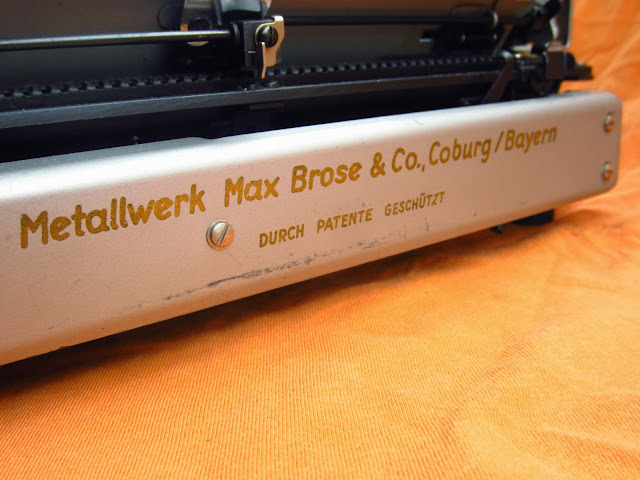 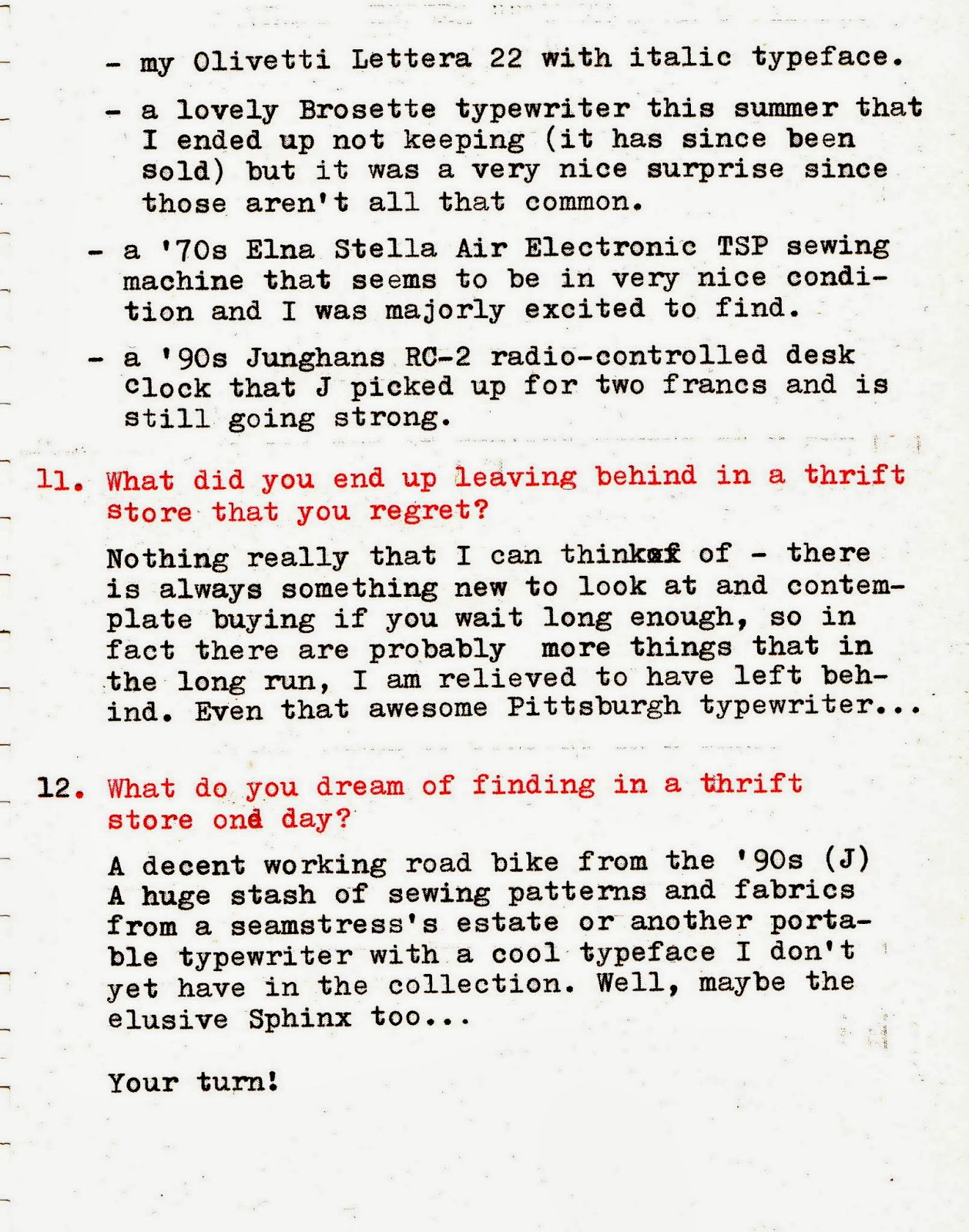 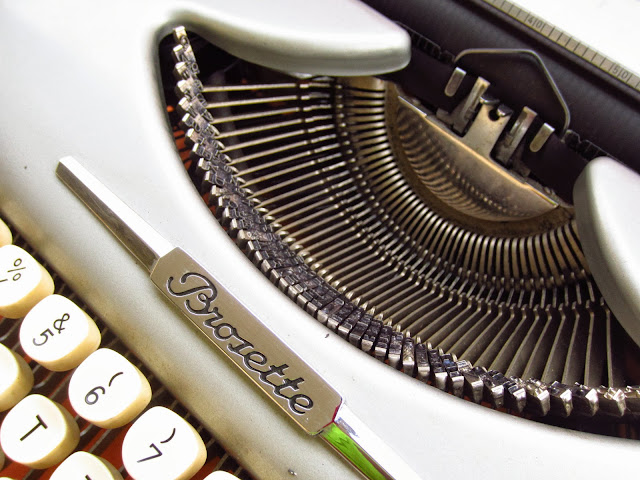 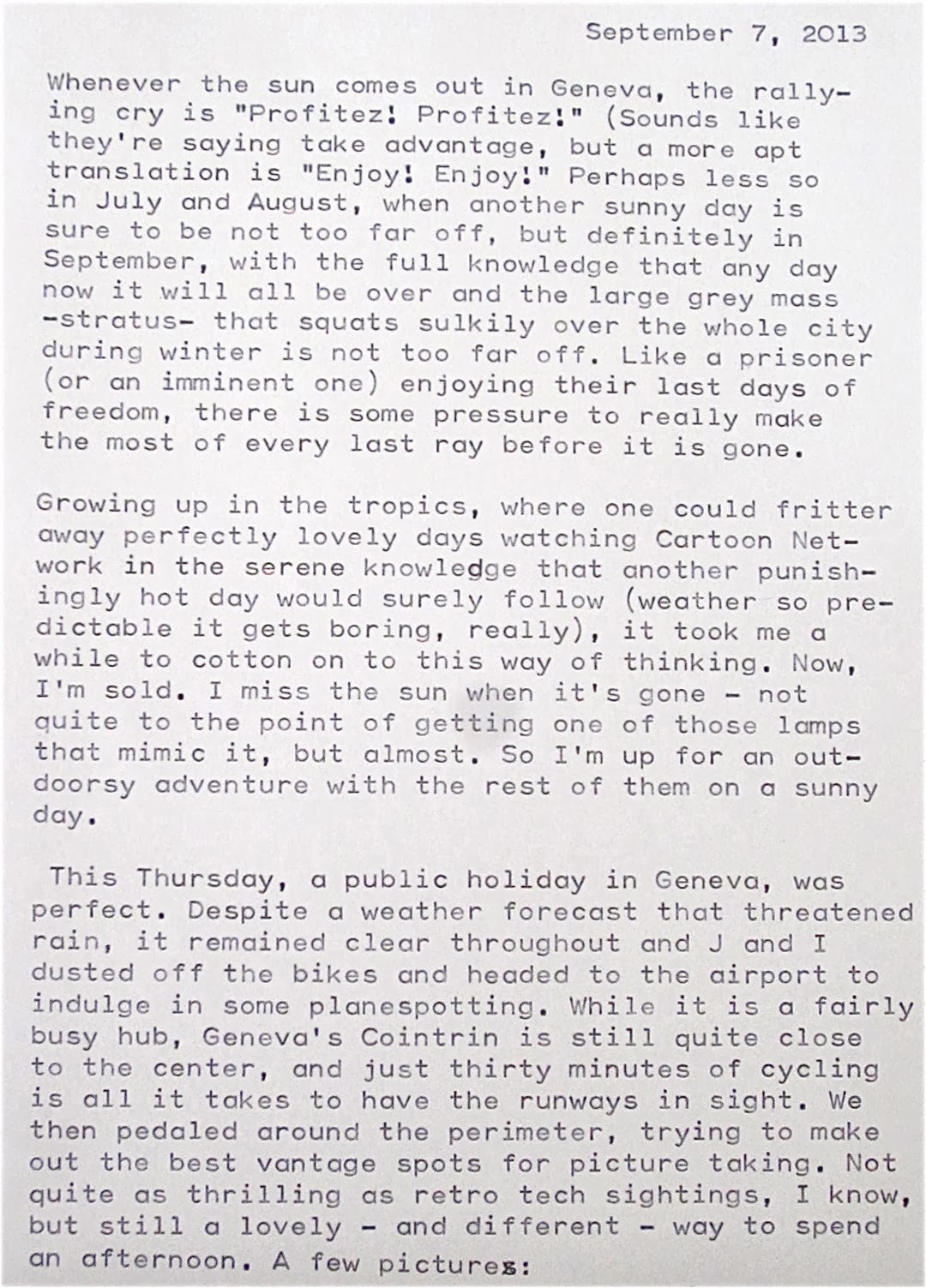 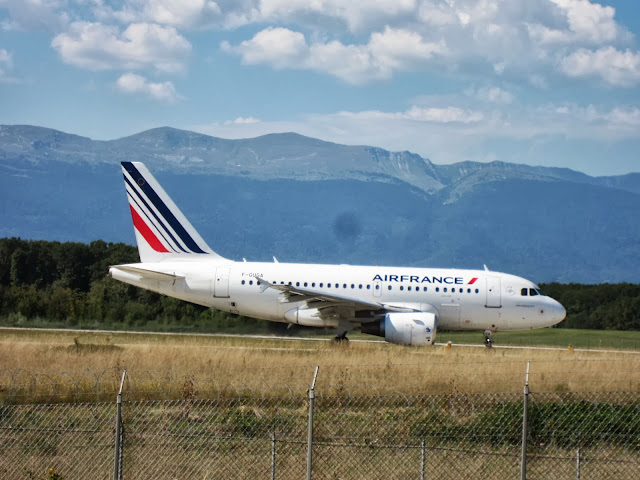 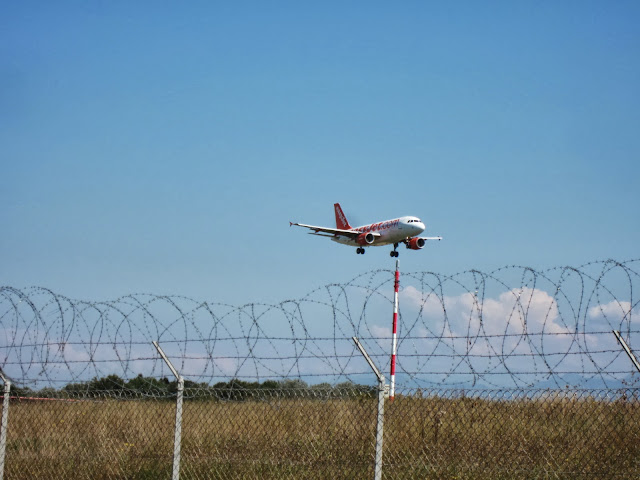 EasyJet, coming in for a landing. There is a wide strip of field between the runway and the fence, and a road right around the perimeter that is regularly patrolled by police. Also, the fence is pretty high and the barbed wire is ... well, somewhat reminiscent of a concentration camp. I do appreciate the security measures, though, as a traveler, and as a tourist/ amateur photographer, it's nothing a good vantage spot and a zoom lens can't overcome. 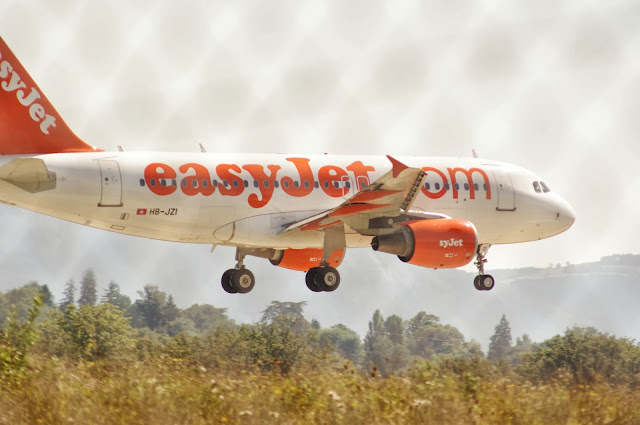 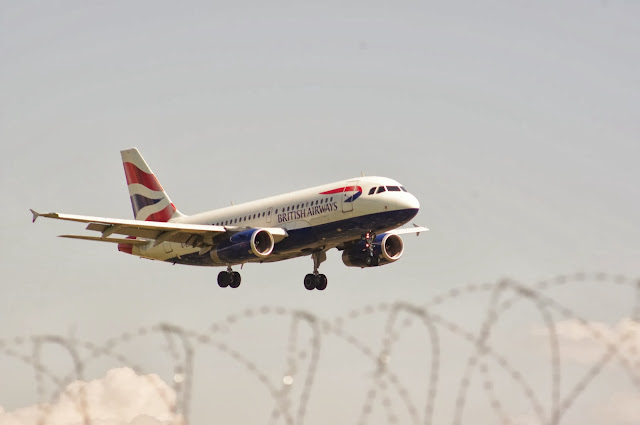 British Airways, also coming in for a landing. Love the colors and paint scheme on this one. 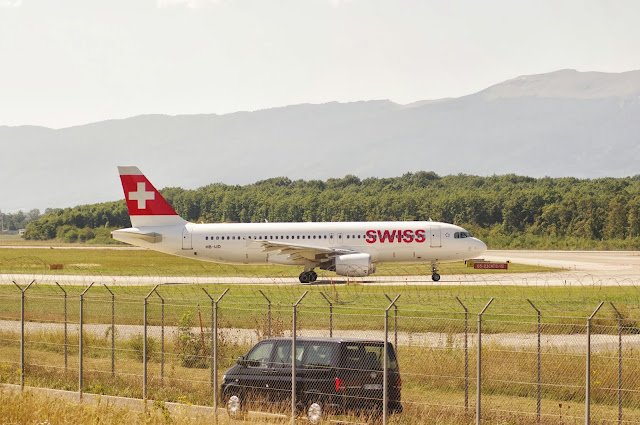 Swiss, taxiing before takeoff. I am always so thrilled to see large passenger aircraft in motion - such magnificent feats of engineering. Good thing I don't drive - if I was at the wheel of the black van and saw this plane so close, I would certainly be distracted! Although I bet regular users of that road are used to it :) 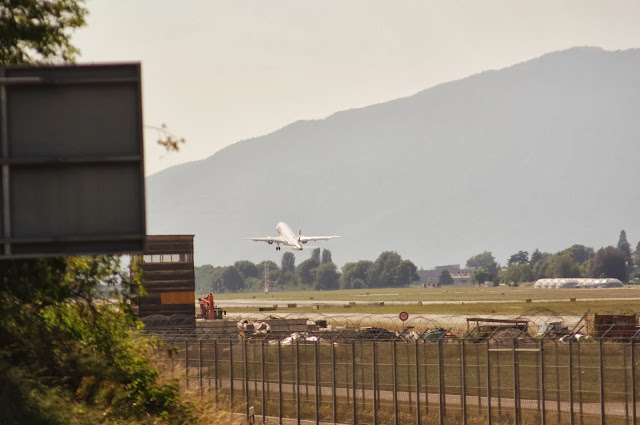 And there she goes... off to Zurich? 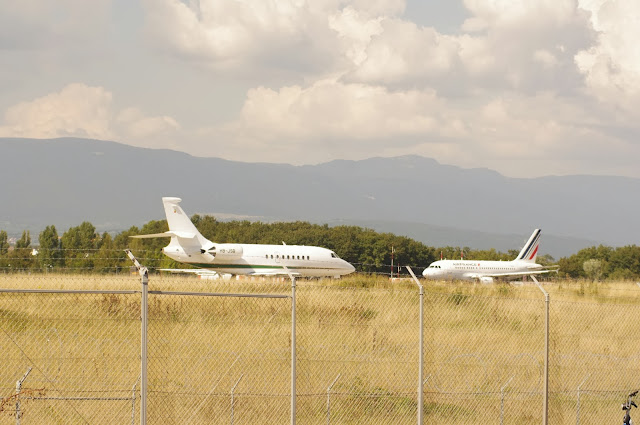 Taxiing before takeoff - Air France and a smaller plane I couldn't identify take turns on the runway. 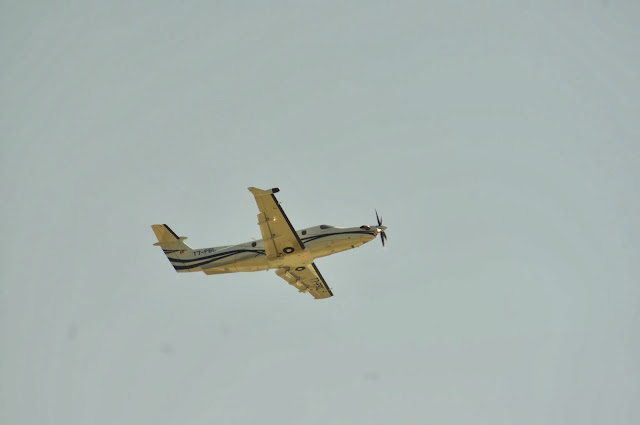 There were smaller planes too, but I usually find those less interesting. 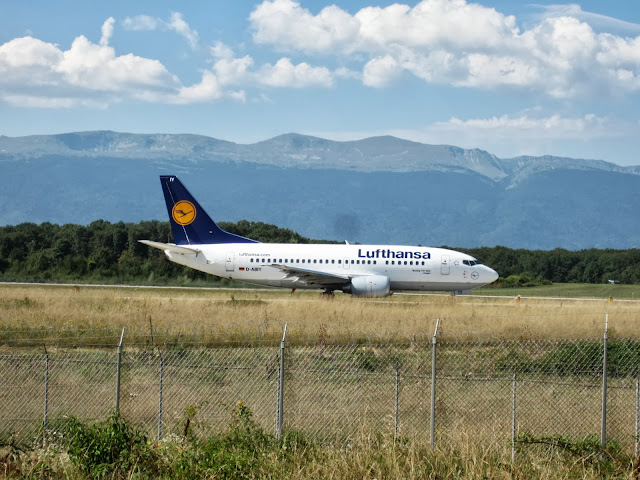 Lufthansa, also taxiing before takeoff. I asked J to take a picture of me with it when it came back around the runway (picking up speed) and he said it would be hard. How hard?: 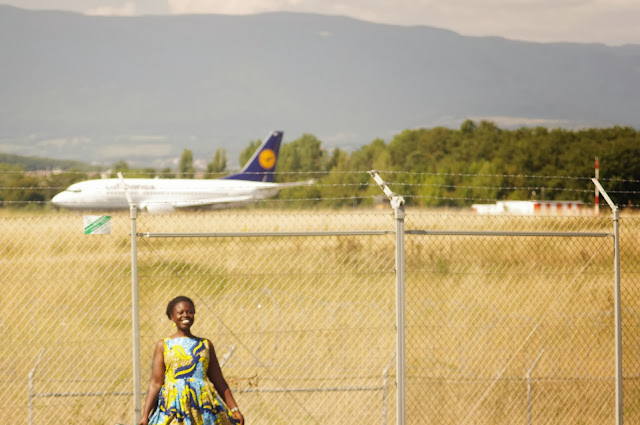 Oh well. Me grinning madly, out of focus, Lufthansa even more out of focus. Hey, close enough! 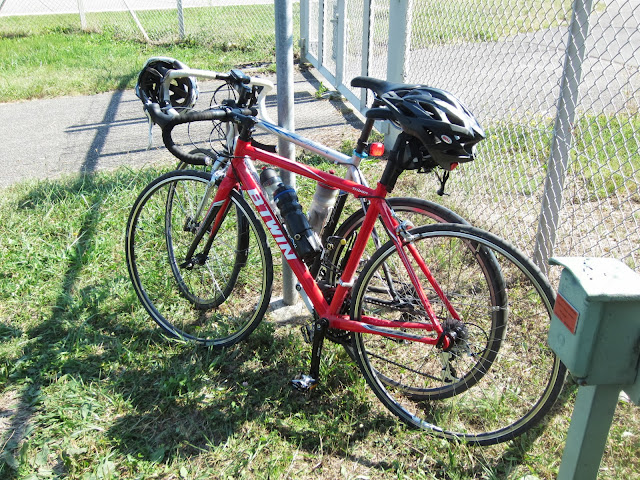 And then we were off home!
Posted by Adwoa at 9:57 PM 4 comments:
Newer Posts Older Posts Home
Subscribe to: Posts (Atom)